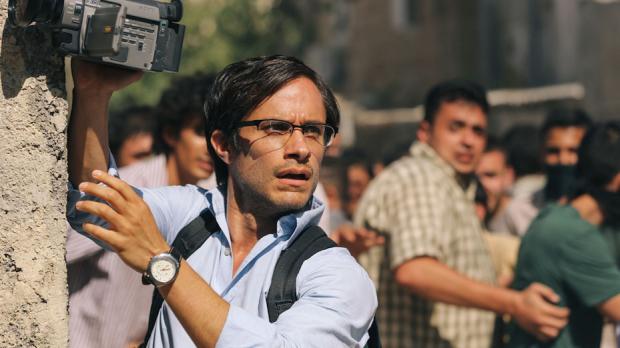 Assuming that you’re not planning to see the Dumb and Dumber sequel this weekend (we here at The Public have high expectations of our readers), your choices in new movies include a starring performance from one of the most reliable comic supporting actors of our time, J. K. Simmons, and the directorial debut of comedian and The Daily Show host Jon Stewart. But don’t be expecting big yuks: Both films are as serious in their different ways as an Oscar Best Picture nominee.

Remember the ending of the Beatles’ “Helter Skelter,” when an exhausted Ringo Starr yells “I got blisters on my fingers”? For 19-year-old student drummer Andrew (Miles Teller), blisters are the point at which he’s just warming up. By the time he finishes practicing, he has to wipe blood off his kit.

It is Andrew’s ambition to be a great jazz drummer. He is studying at an elite Manhattan conservatory, and when he attracts the attention of the school’s top teacher, Terence Fletcher (J. K. Simmons), he thinks he’s on his way. Little does he know that his struggle has just begun.

Dressed all in black, Fletcher doesn’t so much enter rooms as explode into them. The musicians in his band, presumably the crème of the school’s crème, look down when he does, afraid to make eye contact. And with good reason: When he’s down on a performance, any personal qualities of the player are open for verbal abuse. His justification is that players have to be pushed beyond what they think their limits are to be the best that they can be.

If that reminds you of a military cliché, Whiplash takes its cues less from movies about foreboding professors like The Paper Chase than it does from An Officer and a Gentleman. At least that’s how it seems at first, until Fletcher’s relentless goading of his student starts to remind you more of R. Lee Ermy in Full Metal Jacket. And we all remember what happened to recruit Vincent D’Onofrio in that movie.

Writer-director Damien Chazelle’s screenplay was inspired by his own experiences as a conservatory student. In the press notes, he recalls, “My journey as a drummer culminated in national honors and awards, but I can still vividly recall the nightmares, the nausea and skipped meals, the days of unmanageable anxiety—all in the service of a style of music that is, on its surface, all about freedom and joy.”

I’m not a jazz buff, but many who are have complained that Whiplash is implausible as a depiction of music education. I don’t think it’s meant to be. Depicting Fletcher as a bully pushing his student to impossible ends (and in so doing providing the role of a lifetime for Simmons), Chazelle is clearly exaggerating in order to ask the question, How far is too far in pursuit of the vague idea of “greatness”?

Not to give away anything, but Chazelle doesn’t press his young character to Full Metal Jacket extremes. Instead, he concocts a finale that contains an unlikely plot twist and which arguably counters everything the rest of the film has warned us about. But it includes a musical performance so dazzling and exhilarating that it’s hard to complain. (To the best of my knowledge, the young actor Teller does all of his own drum work.)  If it were artistically, honest the movie wouldn’t end this way. But I can’t say I’m not glad it did.

If you’re a regular follower of The Daily Show, you’ll recall that host Jon Stewart took the summer off last year to make a movie. (In his absence the show was hosted by John Oliver, who of late has spun off to his own HBO fake-news show Last Week Tonight.) Rosewater is that film, and while it’s a better piece of narrative filmmaking than, say, Michael Moore’s Canadian Bacon, it’s a movie that Stewart’s many fans (I’m one) should probably approach with lowered expectations.

Rosewater was adapted from Iranian-Canadian journalist Maziar Bahari’s memoir Then They Came for Me, detailing his imprisonment in Iran. He was there covering the 2009 presidential election, won by incumbent Mahmoud Ahmadinejad by far too wide a majority for anyone to believe that the results were legitimate. After his arrest, he was detained for four months while his interrogator tried to get him to confess to being a US spy.

Bahari (played in the film by Gael García Bernal) had been a guest on The Daily Show prior to his arrest, and Stewart presumably felt some inadvertent culpability for the journalist’s arrest: A piece of evidence used against him by his captors was a Daily Show spot recorded in Iran in which correspondent Jason Jones refers to himself and Bahari as spies.

The ridiculousness of the interrogator’s inability to understand that humorous report is a theme that Rosewater touches on several times, but never enough to lift the film above an earnest blandness. You can see Stewart gently smirking when he pokes a bit of fun at his home state of New Jersey, a place the interrogator is eager to believe is a den of iniquity unseen since the heyday of Sodom, but he doesn’t press it. He may feel that there’s nothing funny about a journalist being imprisoned for doing his job. But humor is a perfectly appropriate tool in attacking a rigidly Manicheanistic mindset that perceives the world wholly as black and white, good and evil, us and them.

Competently crafted but seldom more than that, Rosewater shows that Stewart could probably make a living as a filmmaker if he so chose. But for now, I hope he keeps his daily—sorry, his day job.