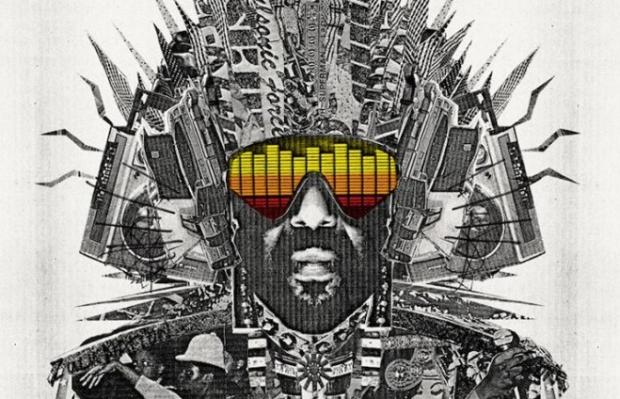 From Italian progressive rock bands to pioneering electronic dance music artists, here is a list of five DJ Shadow sample sources you may have missed

He could be one of the most well known DJs of all time, and he’s coming to the Town Ballroom on Tuesday, November 11. His name is DJ Shadow and he’s not only a brilliant DJ but he’s a revolutionary producer too. His DJing skills will speak for themselves when he comes to Buffalo with his friend Cut Chemist, another legendary DJ you might know as part of late 1990s hip hop crew Jurassic Five. The duo will play selections from a collection of vinyl records beloning to another hip hop legend: Afrika Bambaata.

The pair will pick their favorite cuts from the hip hop innovator’s collection of thousands of records for this unique tour, which they’re calling the Renegades of Rhythm Tour. As a producer though, DJ Shadow has been an innovator as well. Time Magazine called  Entroducing…, his debut full-length record, one of the top 100 albums since 1954. The record earned him a spot in the Guinness Book of World Records as the first artist to create an entire album solely out of samples from other records. Sampling has been his forte, but it can be difficult to catch all of those bits and pieces of songs you may know well as they fly through your ears.

Shadow mastered the art of taking mostly classic rock and jazz music and turning it into brilliant hip hop instrumentals. From Italian progressive rock bands to pioneering electronic dance music artists, here is a list of five songs that DJ Shadow has sampled that you may have missed.

1. “What Does Your Soul Look Like (Part 4)” featuring a sample of “Numbers” by Kraftwerk

We’ll start simple here: Not only is this band one of the most sampled bands in the history of music, but their sounds were also used extensively by Afrika Bambaata to create his seminal record Planet Rock. The band is Kraftwerk and DJ Shadow samples their song “Numbers,” on the track “What Does Your Soul Look Like (Part 4)” from his 1996 debut album Entroducing… You can hear Kraftwerk’s distinctive android growl a few times throughout DJ Shadow’s track beginning at around the two minute mark.

2. “Fixed Income” featuring a sample of “She’s Gonna Grow On You” by Sensations Fix

Here is a more obscure one: On his 2002 album Private Press, Shadow sampled the drum line from a song by Italian progressive rock band Sensations Fix on his track “Fixed Income.” It probably took him quite a bit of crate digging to scrounge up this slow motion drum track, originally written for Sensation Fix’s 1977 album Vision’s Fugitives, but it works perfectly with the dreary synthesizers and pulsing bass that flow throughout “Fixed Income.” This wasn’t the last time Shadow sampled Sensations Fix, either. On his 2002 track “Mongrel…Meets His Maker” he sampled another Sensations Fix track, “Strange About Your Hands.”

3. “Changeling — Transmission 1” featuring a sample from Prince of Darkness

One of my personal favorite DJ Shadow tracks, “Changeling — Transmission 1” from Endtroducing… features many samples, and actually in retrospect sounds much more like a Boards of Canada track than a DJ Shadow track. But one sample that really stands out for its eeriness comes in the last 15 seconds (and then again two tracks later, on “Stem — Long Stem —- Transmission 2”). A static-y voice transmits a cryptic messages: “This is not a dream, we are unable to transmit through conscious neural interference…” which is taken from an equally creepy series of scenes in the 1987 John Carpenter film Prince of Darkness.