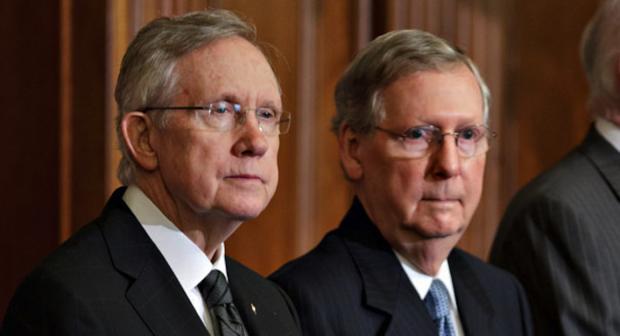 Pundits have been calling this year’s election a “Republican tsunami,” terming the GOP victories in the Senate, House and state legislatures “historic.” I suppose “tsunami” is rather accurate, being a big wave that destroys vulnerable communities in its path. And “historic” works as well, as history certainly predicted this year’s electoral outcome, seeing how every second-term president’s party lost Senate seats in their final mid-term election for the past eight decades. History was dead-on for Obama, with the president’s party losing eight Senate seats so far (with a ninth still in play in Louisiana), just like Ronald Reagan did in 1986. In the House, Obama’s party lost 10 seats, compared with the previous president’s party’s 30-seat second-term loss.

If you’re searching for some sort of coherent message in this year’s vote totals, don’t hold your breath. It was a good year for right-wing Republicans, but it was also a good year for left-wing progressive ballot initiatives, such as voter-initiated minimum wage hikes. The odd thing is that these initiatives won by huge margins in the same states where voters elected right-of-crazy Republican senators, empowering the party that used filibusters to scuttle such wage hikes on the federal level for the past six years.

Voters in Arkansas voted to raise their minimum wage by a bona fide landslide, 66 percent to 34 percent, while at the same time voting Republican member of Congress Tom Cotton into the Senate by a 17-percent margin. He’s the same Tom Cotton who described food stamp recipients as “addicts” (perhaps addicted to eating?) and voted to cut Medicare and Social Security.

Voters in Nebraska supported a minimum wage hike by an 18-percent margin while voting in Tea Party backed Republican, Ben Sasse, a former venture capital adviser and protégé of societal devolutionist Paul Ryan. In South Dakota, voters also raised the minimum wage, by a 10—point margin, while electing former Republican governor Mike Rounds, an outspoken opponent of the increase, to the Senate. The same voters defeated an anti-abortion fetal “personhood” measure by 28 percent. Rounds, however, is a radical anti-abortion wacko who, as governor, signed a rabid anti-abortion law onto the books. It proved so repugnant to South Dakota voters that they went on to overturn it with a ballot initiative. Voters in Alaska won a minimum wage increase by a whopping margin of 38 percent, while also electing a new Republican senator and legalizing pot.

Try to extract a coherent conclusion from these tallies. Reince Priebus, chair of the Republican National Committee, thinks he found one, explaining that these results evidence an “embrace of the values of conservative governing.” Janet Hook of Fox News’s corporate partner, The Wall Street Journal, argues that “the election results reinforced the party’s basic conservative identity.”

It gets more confusing. Responding to a national exit poll commissioned by ABC News, 34 percent of voters claimed that, presumably by electing Republicans, they were voting in opposition to President Obama. Sixty-one percent, however, said they were also either dissatisfied or angry at Republicans in Congress. By a margin of 53 to 44 percent, voters claimed to hold an unfavorable view of the Democratic Party (what Republican-fed pundits refer to awkwardly as the “Democrat Party”). As bad as these numbers are for Democrats, the Republicans (the Republic Party?) fares worse, with voters dissing them by a margin of 56 to 40 percent. Go figure.

None of this data seems to make any clear sense. Yet, the news spinners in the corporate media and NPR ran with a partial data set, contextualizing the dissonance and chaos in these numbers as a clear mandate for a corporatist agenda that they fraudulently term “conservative.”

Our short experiment with democracy

There’s a much bigger, and certainly much more historic and ominous, story here. And it’s not getting any major press. The United States engaged in a short experiment with democracy, commencing in 1965 with the Voting Rights Act and ending in 2011 with the Supreme Court’s Citizens United ruling, allowing political action committees, oligarchs, and corporations to spend unlimited amounts of money, including untraceable anonymous “dark” money, on swaying the electorate through persuasive and often propagandistic ads, mailings, calls, and the infrastructure to propagate them. This election marks Year Three of our post-democratic electoral dystopia. With approximately four billion dollars spent on this year’s election, it is also the most expensive mid-term election in US history.

What does this mean? The independent research group, The Center for Responsive Politics, crunched the numbers from 2000 to 2010, documenting how money “almost always” wins elections. In the House, the high-rollers won 93 percent of the elections. In the Senate, money ruled 83 percent of the time. And this was all before the 2011 Supreme Court negation of campaign finance laws opened the door for unlimited amounts of money while hiding the identities of the entities buying our politicians. It’s not likely you’re going to win an election without a rich sponsor to bankroll your campaign. And rich sponsors are unlikely to bankroll your campaign unless you promise to make them richer or otherwise carry their water by supporting their pet political depravities. We call this form of government a “plutocracy.” Plutocrats usually win at the end of the day.

Why isn’t the main news meme about Year Three and the triumph of plutocracy?  Follow the money and you’ll find the answer. The vast majority of this year’s record-breaking campaign expenditures went to ad buys, primarily in television, but also across all other media platforms. For the bean-counters in the corporate media, election ads represent a windfall that, along with Christmas ad spending, powers them through the year. The ads are well crafted and focus-group-tested, sometimes measuring viewers’ brain activity as they watch. And the ads work, even for candidates whose views are diametrically opposed to the electorate, as evidenced in this year’s incoherent voting patterns. Public radio and television offers no real alternative to corporate media, choosing mostly to emulate the corporate media’s bias, chasing many of the same corporate dollars in the form of underwriting rather than advertising.

Among the top campaign contributors are the oil, gas, coal, pharmaceutical, and “defense” industries. So it doesn’t take a crystal ball to predict what hoops the new Congress will jump through to please their masters. Expect quick action on bills to pressure the Obama Administration to approve the Keystone XL pipeline, roll back power plant emissions standards, lift export restrictions on gas, build expensive new tactically obsolete weapons systems, green-light global trade deals giving away the house to corporations, extend patent monopolies for pharmaceutical companies, and continue subsidies to the carbon energy industries while defunding scientific research and anything having to do with reality-based environmental policies that stand in the way of short-term environmental plunder. Welcome to dystopia.

Mitch McConnell, the presumed new Senate majority leader, has already stated that approving the Keystone XL pipeline and lowering corporate tax rates will be his top legislative priorities. Environmentalists have termed the Keystone XL pipeline, which will bring a particularly toxic and environmentally destructive oil to the global market, an “end game” for the climate.

McConnell isn’t the typical hog in the plutocracy’s pen. He’s more of an alpha pig, having served his masters as one of the most outspoken activist politicians fighting to nullify bipartisan campaign finance laws, filing amicus briefs toward that end in the Supreme Court. In reward for his service, the Center for Responsive Politics reports that McConnell received over $31 million in contributions over the past five years, with only four percent of that total coming from “small” donors.

The plutocrats’ win is a bit more complicated, however. Even with all of these well-crafted ads airing ad nauseum, the election results show that few eligible voters actually voted for the winning candidates. This year, almost two thirds of eligible voters chose not to vote. These are the highest voting abstinence numbers since the middle of World War Two. Technically, the majority of the electorate voted for nobody. None of the above. Nada.

Among those who did vote, the number of white voters, a group that leans Republican, increased by four percent since the 2012 election, while the number of nonwhite voters decreased by almost 11 percent, in part due to newly crafted voter restrictions. The number of elderly voters, those over 65 years-old, increased by a whopping 53 percent during the same time period, while the number of voters aged 18-29 decreased by 37 percent. The result is a demographically skewed electorate that does not represent the American people. Jezebel columnist Erin Ryan expressed her frustration to her youthful audience, writing, “We don’t have to let the out-of-touch paranoia of the elderly dictate the direction of the country.” Whatever.

An Al Jazeera poll of non-voters—the two thirds majority that stayed away from the polls—showed that 52 percent leaned Democratic, while only 27 percent leaned Republican. It’s well known that low turnout in American elections favors Republicans, hence Republican-run state governments have been instituting voter suppression laws mostly targeting minorities and youthful voters—the Democratic base. Still, while Republican voter suppression efforts can affect a close election, I think this year’s election results fall at the feet of voters who could have voted but opted out of the whole democracy thing. By doing so, they, in effect, cast the winning votes for our newly elected and guaranteed-to-be-unpopular Senate.

The responsibility for their absence at the polls belongs to this year’s crop of mostly uninspiring and sometime downright repugnant Democratic candidates, as well as with President Obama. In many cases, the Democrats, afraid to upset their own corporate sponsors, ran as Republican-lite candidates. Republican voters, however, will vote for the real thing, while Democrats and progressives, left without a choice, will stay away from the polls. The Democrats are also paying the price for the Obama hope thing. The fact that President Obama incited hope and promised progressive change, only to extinguish hope and betray the trust of a generation, has condemned us to suffer the new political reality in Washington. Winning back that trust, which is essential to beating the odds and reestablishing a democracy, will take a lot more from the Democrats than a Hillary Clinton.

Mike Niman is a professor of journalism and critical media studies at SUNY Buffalo State. His columns are archived at mediastudy.com and available globally through syndication.