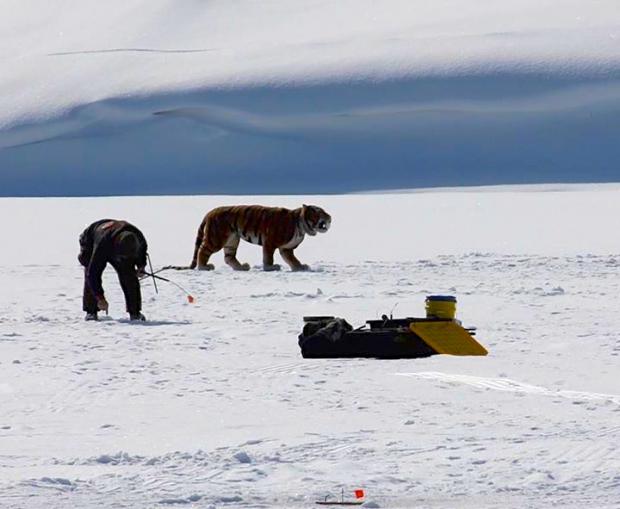 It is a publicly owned national wildlife reserve, which means that each one of us has an ownership stake in it.

It is a critical wildlife preserve that promotes global ecological biodiversity. This means that conservation and use issues effect important things like climate stability and climate change.

The Arctic National Wildlife Refuge has been targeted by the oil and gas industry and our current political leadership as a place to extract natural resources. The profits derived from that extraction, which accrue primarily to private interests, may be more marginal than we have been led to believe. Certainly the costs of the extraction and use of these resources are more damaging to our overall well-being, and our economic sustainability, than almost any other industry. The extraction and use of oil and gas are inextricably linked to human-caused climate change.

Extracting fossil fuels from this fragile refuge will continue our dependence and use of products that contribute overwhelmingly to the release of greenhouse gases. These are a main culprit in the human-made exacerbation of climate change. This has led to an unstable atmosphere, and powerful storms that have wreaked environmental, economic, and social havoc.

Climate change is incredibly and exponentially expensive in real dollars. This year alone, across the globe, storm-linked disasters have cost dollars and lives. In many of our own New York communities, we have experienced storm-related disasters that have brought death and destruction, required the evacuation of communities, the shutdown of vital transportation systems, and the rebuilding of homes and businesses. Climate change fueled by inappropriate energy choices, including Arctic National Wildlife Refuge extraction and the economically devastating results, are hardwired into our future.

Five years ago Hurricane Sandy slammed into New York causing estimated damages and reconstruction costs in excess of $32 billion. Climate change figured in both the power of that storm and in the coastal flooding, which is linked to rising sea levels. Building climate resiliency, including resilient coastlines, is expensive and necessary. A future fueled by the continued consumption of fossil fuels including those extracted from the arctic, may cost more than any state, and any sustainable society can afford.

In the past decade variable and unstable weather patterns linked to climate change have impacted every part of our state. Buffalo, Oswego, Syracuse, Rochester, the Hudson Valley, Eastern and Central New York, the Adirondacks, Catskills, and the great urban and coastal areas stretching from New York City to the far reaches of Long Island have experienced more regular storms of the kind once thought to occur only once every 500 or 1,000 years. Now these storms are the norm.

Opening the Arctic National Wildlife Refuge to fossil fuel extraction is a recipe for supporting an energy system that is a foundation for disastrous and expensive climate change. Can New Yorkers really afford to invest in this?

The answer is no. While is it important to find ways for all New Yorkers to participate in economic growth, the economic and social costs of climate change may well bankrupt the very systems that we have come to rely on. It’s time to make a change. It’s time to draw the line. It’s time to resist the economic forces that manipulate the con game that will force us and future generations into a way of life that is both unbearably expensive and destructive to the life forces, including species biodiversity, that sustain us.

Today, Congress is wrestling with a budget reconciliation bill that mandates opening up the Arctic National Wildlife Refuge for drilling and extraction. The physical infrastructure required alone will almost certainly destroy the ecological integrity and value of the fragile place to global environmental health.

Using all the fossil fuel extracted from the ground there will release tens of millions of tons of carbon and other greenhouse gasses into a teetering atmosphere.

The bill being offered relies on smoke-and-mirror profits and economic benefits for taxpayers that will allegedly “balance the budget.” This may sell at Trump Towers, but this is a con game that New Yorkers cannot stand for.

A few brave Republican New York Congressional Representatives—John Katko, John Faso, and Elise Stefanik—stood up to the initial budget bill in Congress. They stood against it to defend New Yorkers against egregious tax increases that will be borne by New Yorkers if the bill is signed into law. We thank them and all federal New York representatives that have stood up for the safety and economic security of New Yorkers. We ask them now to continue to stand and vote against the reconciliation bill, especially if it continues to include the exploitation of the Arctic National Wildlife refuge for the profit of an industry that is hastening an inexorable economic and environmental armageddon that will continue to trickle down upon our heads.

Jay Burney is contributing editor on environmental issues for The Public and a founder of GreenWatch.