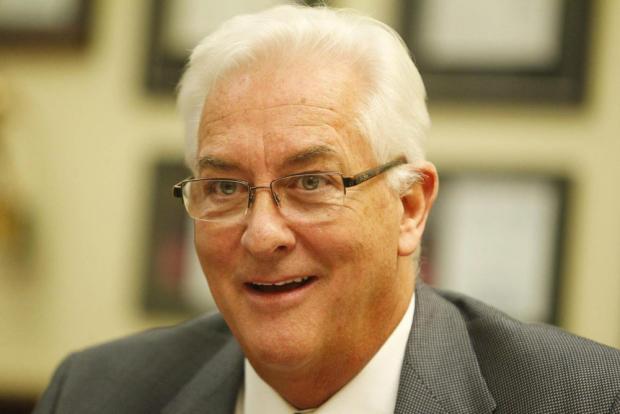 There are serious issues at stake at Erie Community College. The school is a key player in the economic prosperity of the region, but it has been struggling financially and continues to do so. It also has management issues. It is about to undergo a change in leadership. Does the school’s board of trustees know where it wants that person to take the school?

Ten months ago the Office of the State Comptroller issued an audit that strongly criticized the management of ECC. School leadership originally tried to paint the report as much ado about nothing.

The audit goes to the heart of the school’s management and operations. It details a board that ignored its fiduciary responsibilities. It details a college president who had been running the place pretty much as he saw fit.

The audit questioned how salaries of senior staff have been determined and hidden from the Board of Trustees, students and general public view. It raised concerns about procurement practices and the lack of accountability.

The audit detailed how two subsidiary organizations have channeled hundreds of thousands of dollars back to the college while lacking oversight by the board of trustees.

Last April the school pledged to act on problems in these main categories:

How many of those commitments to reform have been met is not evident from anything that the school has publicized. You might think that the school would like to brag about all it has accomplished, but what has actually been done?

A review of the board minutes might indicate what progress has been made on these projects, except that there are no posted Board minutes on the College’s website. What you will find there if you search for board minutes are links to videos of past meetings since last February, when the board announced that that they would operate more transparently. The videos run between one and three-quarters hours to over three and a half hours if you’re interested and don’t bore easily. Please note, however, that if you click on meetings prior to May 26 you will find no videos. If you click on the link that says “Board Agendas” you will find nothing. So it appears that the school’s board or administration have tried to create the appearance of transparency without really being transparent.

One can hope that the reforms to which the Board committed itself are being worked on. Many of them had specific deadlines for completion. What is the status of their corrective action plan? Does the State Comptroller’s Office have a process for ensuring that audited organizations are complying? Maybe the County Legislature or the County Comptroller could seek answers to those questions.

A second opportunity for reform came in the form of a plan by Erie County Executive Mark Poloncarz. He proposed last February that the college and the county government, as the sponsor of the school, form a 10-member committee consisting of five college representatives and five county government representatives. The mission of the committee would be to review and recommend changes in the operations and management of the school.

Poloncarz proposed that the committee “examine issues related to the current operating and future direction of the college, especially as it pertains to long-term campus infrastructure needs, as well as examining operational issues detrimental to the county, such as community college chargebacks, location of classes to better address student needs, transportation, etc.”

The college’s appointees include a trustee, the chair of the faculty senate, plus three members of the management staff of the school. The county representatives include three county administrators plus Erie County Legislator Kevin Hardwick and the director of the Buffalo and Erie County Workforce Investment Board. There is no word yet about when the group will start functioning or what their agenda will be.

Finally, the board of trustees must find a new leader for the school. Current ECC President Jack Quinn will retire next June.

It appears at this time that the board of trustees may be searching for a search firm to assist them in finding a new president. Such searches for a college usually take a considerable amount of time. Even after some finalists are identified there is usually a vetting process involving not only the Board, but also the students and faculty. Since county taxpayers contribute substantially to the school, the general community should have an opportunity to be introduced to the potential president as well.

One additional side note: the deal that the school arranged with START-UP NY to create some sort of an affiliation with investment behemoth BlackRock seems to be in limbo. There were some recent reports about the University at Buffalo and other local colleges arranging projects with various businesses, but ECC was not on the list.

ECC began its 2016 fall semester with fewer students than anticipated. The school is heavily dependent on tuition paid by students, so lower enrollment means additional unanticipated financial issues. Enrollment at ECC is directly related to both the local population and to the perceived need of local residents for the benefits that ECC’s academic programs offer.

At best, there does not seem to be any sense of urgency on the part of the ECC leadership to move along with a reform agenda. Time’s a-wasting.

Ken Kruly writes about politics and other stuff at politicsandstuff.com.