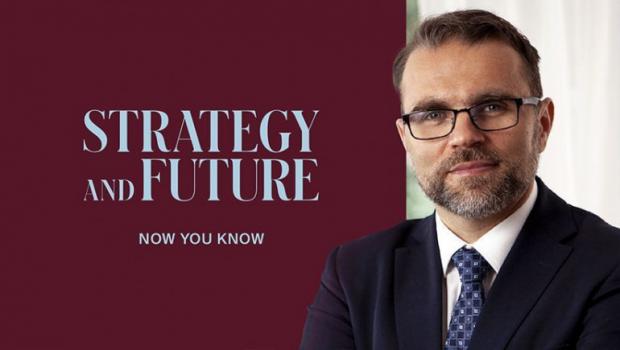 The United Nations reports that 13,000 people, including almost 3,500 civilians, have died since Russia’s armed invasion of Ukraine began shortly after the world finished watching the Sochi Winter Olympics in early 2014.

That war goes on: Ukraine is still under seige. Until the recent decision by President Trump to slow-walk military assistance to Ukraine unless that country gave him campaign help, the response from Washington, from the European Union, from NATO, and from the United Nations had been pretty consistent: Ukraine is the victim, Russia is the aggressor, and we should all stick together to help a country whose independence is under direct threat.

Europeans feel that threat directly because the Russians in 2014 killed hundreds of non-Ukrainians, too. Three of the four men recently charged with murdering 298 civilians when they shot down a Malaysian airliner over Ukraine are senior Russian military and intelligence officers. Nobody in Amsterdam, where the flight originated, expects to see any of these Russian perpetrators in court.

For millions of Americans, these events are not far away. The Ukrainian diaspora community here is old and quite active—Saint Nicholas Ukrainian church just celebrated its 100th anniversary—but it is tiny compared to the Polish community. There may be a million Ukrainians in the US; there are almost a million Poles and Polish-Americans in New York State alone.

So when a local Polish community leader looked for support in bringing a well-known Polish expert on international relations (specifically, the Russian threat to the independent countries it borders), Ukrainian-American leader Yuri Hrescheschyn was able to generate support quickly and widely.

Canisius College will soon be hosting Jacek Bartosiak, an influential author, speaker, and intellectual with significant ties to the US military and diplomatic communities. Bartosiak, whose books have yet to be translated from Polish to English, sees Ukraine and especially Poland as strategically critical to the survival of the European Union, of NATO, and thus of the international system that Russia would undermine.

Bartosiak is thought of as an ally of those who want to realize the vision of Marshall Joseph Pilsudski, the first leader of Poland after it won independence from Russia and from the defeated Germans in 1918. Pilsudski tried to rebuild the multinational, multi-ethnic, regliously diverse and generally prosperous Commonwealth that lasted for more than 350 years in the lands between the Baltic Sea on the north and the Black Sea on the south. In Pilsudski’s expansive notion, this coalition would include Finland, Estonia, Latvia, and Lithuania on the north, and Romania, Bulgaria, Greece, and what was then Yugoslavia on the south, with Ukraine, Poland, and what is now Belarus in the strategic center.

Pilsudski died in 1935. All those countries suffered immensely in World War II, every one of them conquered by Germany, then re-conquered by the Soviet Union, only gaining independence (except for Yugoslavia and Greece) after the fall of the Berlin Wall in 1989.

This isn’s an abstract historical discussion these days. The question facing all these countries is how they, especially Russia’s immediate neighbors, are going to deal with the fact that Russia apparently can invade Ukraine, kill its civilians, occupy and also annex its national territories, and literally get away with the murder of international travelers who happened to be passing by. Poles, Ukrainians, and others note with dismay that the current president of the United States is so keen to have positive relations with Vladimir Putin that he’ll abandon allies (the Kurds of northern Syria) while praising Russia—notwithstanding it was the Kurds, not the Russians, whose sacrifices helped US forces eliminate the former leader of the Islamic State.

Poland and Russia the focus

Bartosiak’s visit has stimulated a new and notable coordination among several Polish and Ukrainian organizations. Despite the passing of the World War II generation, the brutal history of conflict during and after that war shaped relations between exile communities for decades. But the urgency of Ukraine’s crisis, and the work of Bartosiak and of his Strategy and Future Working Group (in both Polish and English here), is evidently bringing leaders of the two communities together into a conversation that has up to now been very informal, mainly among community activists who are pleased to alternate drinking Zywiec at the Adam Miczkiewiecz Library and Dramatic Circle on Fillmore Avenue, with a refreshing Lvivske 1715 at the Dnipro Ukrainian Cultural Center on Genesee Street.

Bartosiak will speak at 6pm Sunday, November 10, 2019, at the Montante Cultural Center at Canisius College, 2001 Main Street. His visit is hosted by the Permanent Chair in Polish Studies at Canisius, and by several dozen Polish and Ukrainian diaspora organizations, with significant financial support from leading citizens.

Tickets are $20, with discounts for students.