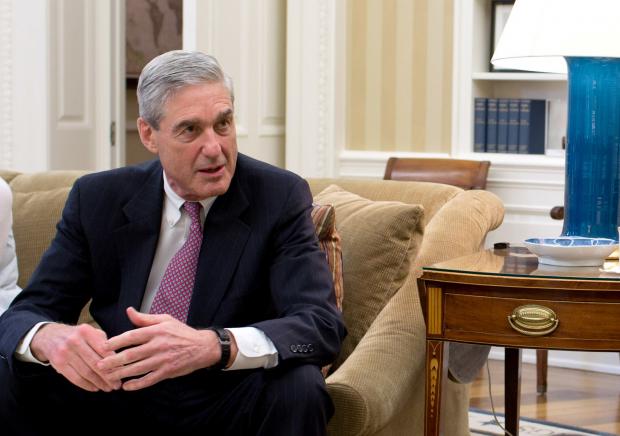 Special counsel Robert Mueller, who is overseeing the FBI investigation into Russion interference in the 2016 presidential campaign.
by
Bruce Fisher
/ Nov. 7, 2017 10pm EST

Where we live, far from Washington, DC, far from where the decision-makers of our economy and of our polity rule, it’s tempting to believe that all of that stuff is faraway, and that we are mere spectators.

Nonsense. We are full participants in the life of the nation. If well-credentialed Democratic candidates here lose to paranoids, hucksters, and race-baiters, then that’s relevant far beyond the 716 area code. Democrats are blamed for a whiny politics of group grievance, but here in 2017, it’s Republicans who pushed racial identity politics not for the usual work of disguising their unpopular economic royalism, but to a much more sinister task: making any white candidate electable over any black one, no matter the manifest lapses of the former or the sterling credentials of the latter.

We were treated this year to the sorry spectacle of an elected law-enforcement officer parading repeatedly with American neo-Nazis while mouthing insane rantings about sheriffs having more power and authority than any judge or lawmaker. Whatever private fantasies an elected official may drunkenly natter about among his conspiracy-minded confederates when they go hunting on Mahogany Ridge, American law doesn’t work without law-enforcers refraining from inventing their own law.

Luckily for our country, we have a counter-example in the person of Robert Mueller, the special counsel investigating Russian interference in the 2016 election. Where today our local politics sees the vicious attack-messaging of Republicans that echoes the vicious attack-messaging of Donald Trump, we may soon enough see a different reality—say, in May of 2018, when former Trump presidential campaign chairman Paul Manafort’s trial begins, with Mueller prosecuting him for laundering the millions of dollars he made counseling Vladimir Putin’s candidates for high office in Ukraine.

Mueller’s credentials, his record of national service, and his demeanor will become increasingly relevant to our politics. And according to some very detailed analysis and commentary by a group of law professors and some retired career CIA agents, Mueller’s cases against former Trump confidants are very, very strong.

At the website Just Security, some retired spooks and military people join law professors to weigh the case that Robert Mueller is unveiling, indictment by indictment, against President Donald Trump’s campaign. They analyze public documents, reconstruct chronologies, describe Russian practices, parse the Trump side’s spin, and conclude this: We should bet on Mueller.

And if someone should decide to pardon Trump’s confederates, or to fire Mueller, there’s a close-to-home scenario: Mueller’s federal cases will go as they go, but the New York State Attorney General may prosecute parallel cases because of violations of New York State law.

Here in Paladino Country, where Republicans are wholly captured by Trump, we can still read comments from Brett Stephens of the New York Times and Jennifer Rubin of the Washington Post (her column is called “Right Turn”), who join the spooks and the lawyers to chorus for Mueller.

So do Russia specialists including Masha Gessen and Pulitzer Prize-winner Anne Applebaum join in, as both testify that it was KGB (now FSB) tactics that Trump campaign chief Paul Manafort used in his Ukraine work and in the Trump campaign, too.

This is who the Trump crowd is facing: Special Counsel Mueller was nominated by George W. Bush to head the FBI, and was confirmed by a unanimous 98-0 vote of the United States Senate. When his term ended in 2011, Barack Obama asked him to stay on for another two years. Mueller was a career federal prosecutor who had won a Bronze Star and a Purple Heart in Vietnam as a Marine platoon commander. He is a patrician (boarding school at St. Paul’s, Princeton, University of Virginia Law), and even in private practice acted as a defender of the broad public interest, as when he was appointed to run the $11.2 billion settlement against Volkswagen for its emissions mendacity. The guy is an exemplar of empowered competence, and there’s no report yet of his inventing special Constitutional powers for himself.

Of course Democrats think he’s a hero. But Republicans?

Here, where Hillary Clinton won the city but lost the suburbs to Trump, Republicans’ last gasp of progressive thinking came with their brief embrace of Joel Giambra, who promised lower taxes and a reorganized, unified, regional government. Giambra became inconvenient when his new pals stung him with their refusal to raise a sales tax after they’d happily spent years helping him spend a chunk of the tobacco manufacturers’ settlement. Then they dropped their interest in regional government, too, and soon embraced the new Chris Collins version of Republicanism: party patronage as usual with an overlay of overt racism and anti-urban policy, with cuts to daycare for low-income single mothers, cuts to staffing for social services, de-consolidation of the parks, and, withal, a reinforcement of the suburban Republican trope that government equals handouts to undeserving minorities from righteous country-livin’ white folks. Happily, the centrist Mark Poloncarz, in the role of the credentialed technocrat, restored functionality despite a persistently wreckage-bent Republican legislative faction.

And now? If wrecking the place works for them, they’ll do that. GOP politicians don’t listen to spooks and law professors, but they do listen to their media, and to their donors, the two factors that shape their base. And today, that base around here is not giving up on Trump, or on wreckage as a governing style.

But it wasn’t so long ago that here, in the Buffalo media market, before today’s two Trump Republicans won their Congressional districts, there were a pair of Robert Muellers, imperturbable patricians named Barber Conable and Amory Houghton. Conable was a Marine veteran of Iwo Jima. Houghton ran the family business Corning Glass. The contrast with their successors is astounding: Instead of a decorated warrior, the district now has the stock-peddling Chris Collins. In the Southern Tier, there’s the lawyer Tom Reed, who unconvincingly bats away charges of mishandling client funds.

Today, around here, there’s not a Robert Mueller in sight. But after the prosecutions of Manafort, his partner Rick Gates, and possibly Trump campaign aide Carter Page, short-term Trump National Security Advisor Michael Flynn, and possibly others, maybe even the Republicans will see the political possibilities in offering voters credentialed public servants of dignified demeanor.

Their loss, one hopes, should they not. What everybody needs to hope for is that the rule of law itself isn’t derailed. Unfortunately, there are some Trump loyalists in the House of Representatives who want Mueller fired. There are plenty of media outlets that are already thumping the fenders against Mueller, with the most egregious fiction-spinners revving their engines, even before winter, for the springtime race. Unfortunately for the Republicans who want to hold the House, voters will be watching at least one trial, Manafort’s, all during the springtime, which is when voters’ preferences start gelling for fall elections.

This presumes, of course, that there will actually be elections in 2018. But what happens if Attorney General Jeff Sessions, Jared Kushner, and Donald Trump Jr. get Robert Mueller’s attention? Will the law still serve?