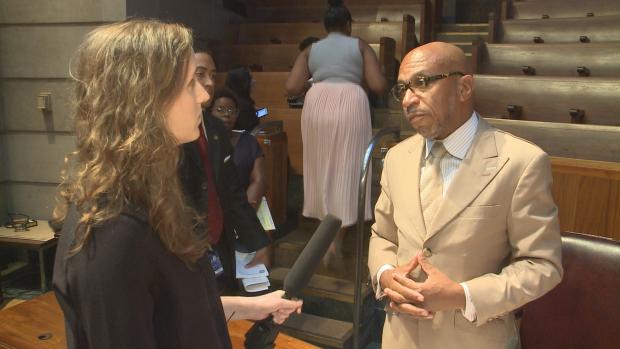 Investigative Post recently announced an event on December 4 that will explore how hostile government officials at the federal, state, and local level have become to the press, and by extension, the public’s right to know. Panelists will include Jerry Zremski, Washington bureau chief of the Buffalo News, Jimmy Vielkind, Albany bureau chief of Politico New York, and Steve Brown, investigative reporter with WGRZ.

The directive, outlined in a press release you can read here, said the Council will require reporters to sit in a designated area in the corner of Council chambers during meetings; bring their press credentials, presumably for possible inspection; and to refrain from approaching Council members on the Council floor “without being invited by a Council staffer, a district staffer or a Council member.” Reporters who want to interview a Council member after a meeting must make prior arrangements with staff.

In other words, reporters should only ask questions when Council members are willing to answer them.

All this flies in the face of the way reporters and Council members have interacted in Council chambers for, like, forever. (I can speak from 30 years of personal experience.) Reporters sit wherever and approach members whenever with questions, provided they’re not disrupting an ongoing meeting. Most exchanges take place after meetings are over, and if you don’t catch members on the Council floor, you might not catch them at all, as some like to make themselves scarce.

Why the change? The press release doesn’t say, but we can safely assume it’s at least partly the result of an interview Investigative Post’s Daniela Porat did with Pridgen at the conclusion of a Police Oversight Committee meeting on September 26.

Porat wanted the Council president’s response to a story she had done the week before on the misconduct of the two police department units charged with addressing gangs and other perpetrators of violent street crime. Pridgen didn’t offer a substantive response, explaining that he had not read the Investigative Post report, and Porat reported as such in her story done for WGRZ.

You can see the exchange in the video below:

That night, Pridgen took to his Facebook Live account to lambaste Porat, though not by name, for her report earlier that evening. He told viewers “you should have caught me in my season of silence,” which is funny coming from a guy who loves the sound of his voice as much as he does, and declaring “this is my time to speak up.”

Ah, when, exactly, wasn’t your time?

He droned on for 16 minutes in what I would describe as a hysterical, and at times incoherent, rant against the press, people who don’t cooperate with police, and others. (He should be so tough on cowboy cops.) His diatribe would have made Donald Trump proud.

The following day, he took bows for releasing data the Council obtained on traffic stops of civilians by police. He released two months of data and redacted the location of the stops, providing only the Council district in which they took place.

What Pridgen didn’t tell people is that under the City Charter, the police should have been providing the Council this sort of data all along. Pridgen and his colleagues either don’t know or don’t care about the requirement under the citizen complaint process that obliges the department to “publish a semi-annual report on the department’s use of exceptional police controls and deterrents including but not limited to sprays, dogs and special squads.”

Likewise, Pridgen redacted information from the checkpoint reports that should have been disclosed, according to Robert Freeman, executive director of the state Committee on Open Government.

So much for the public’s right to know. Which bring us back to the Council’s effort to aid and abet members who want to avoid questions from pesky reporters.

There’s not much reporters from any self-respecting news organization can do except ignore the edict, which is what Investigative Post will do.

As for our December 4 event, we’ll allow Pridgen and his colleagues to sit wherever they want and ask whatever they want. Just as it should be in Council chambers.

Jim Heaney is editor of Investigative Post, a nonprofit investigative reporting center focused on issues of importance to readers in Western New York.