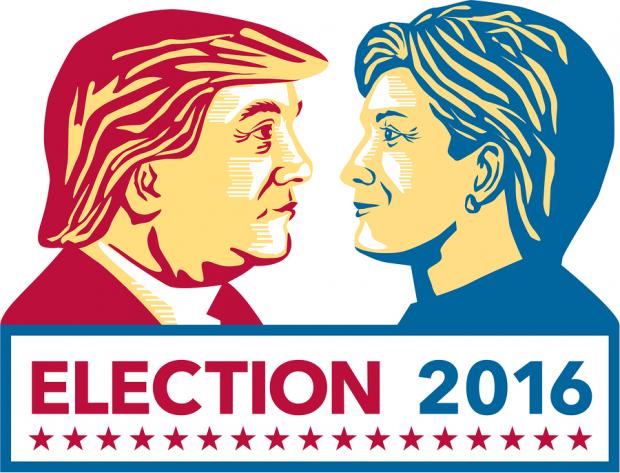 The time to decide is here. We have a clear and present danger facing us in the campaign of Donald Trump. While it may be comforting to insist that this is simply a choice of the “lesser of two evils,” such an attitude undermines the effort to defeat Trump. This is no choice that allows any room for a half-hearted effort, and our organization is ready to make a major push in the last two weeks to get the maximum number of people to the polls on November 8.

The office of the Presidency carries with it tremendous power to effect social, economic and cultural policies. The President appoints and the Senate considers not only Supreme Court vacancies, but all Federal Court openings. The President appoints people to vacancies at the NLRB, OSHA and the EPA, all agencies that determine policies in areas vital to the livelihood of the working people. Many of the positions at these agencies are by Presidential appointment, over 300 to be more precise. Most do not require Senate confirmation. The President is the Commander in Chief of the armed services. It should absolutely send a chill down the back of everyone’s spine that Donald Trump takes a completely cavalier attitude to the expansion of nuclear weapons. His expansive narcissism is quite troubling when it comes to decisions as important as war and peace. Further, Trump may be the most ignorant person ever to have run for President. He denies that global warming exists, he is “unclear” on the reality of evolution. The list of problems can go on. It is imperative we defeat this monster and keep our country moving in a direction that benefits the masses of the working people.

In opposition to Trump is a growing movement of ordinary people who want to address the various vexed issues that have plagued us for decades. The movement for a living wage, the effort to expand the rights of working people to form and maintain unions, the work to improve the environment of the planet without destroying the jobs of thousands and thousands of people, the movement against racial prejudice and bigotry, and the defense of women from the obscenity of Donald Trump is real. The platform of the Democratic party is the polar opposite of the path set out by the Republican candidate. The candidate of the Democratic Party is experienced and completely qualified to be President. Every International Union in the country has endorsed Hillary Clinton. The choice is clear: We must elect Hillary Clinton as President of the United States.

Now is the time to step forward! We have one path open and it is one we should embrace.

Vote November 8, and don’t leave any stone unturned in doing so. Encourage your family, your friends and your colleagues to vote. As the President of the Coalition of Black Trade Unionists Terry Melvin has stated, “Just Vote.” In doing so, make a valuable contribution to stopping the deranged and dangerous Donald Trump.