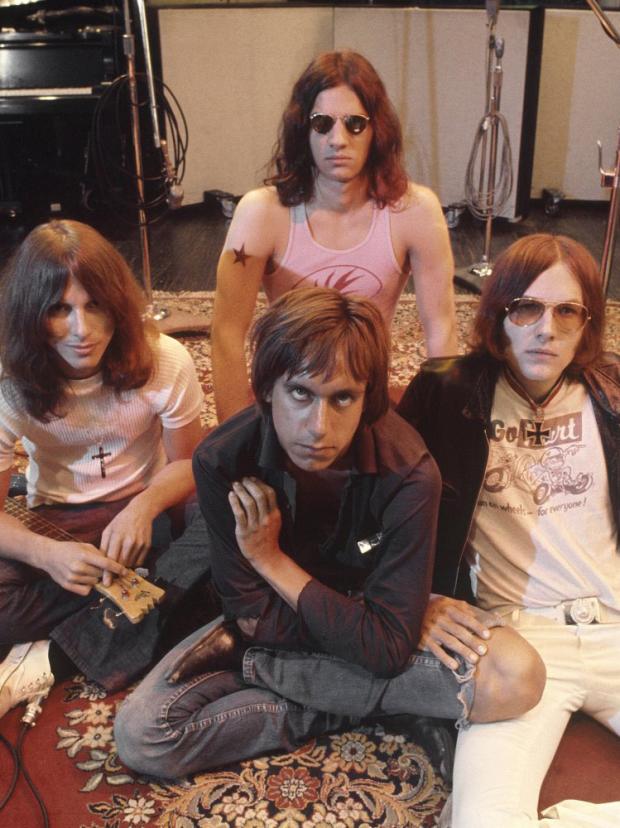 The cameraman in the first interview clip we see tells us that “We are interrogating Jim Osterberg about The Stooges, the greatest rock and roll band ever.” You likely know Jim better as Iggy Pop, and if you need to be told that said Stooges are not Curly, Larry and Moe but rather the band that came out of Ann Arbor, Michigan in the late 1960s, then this is not the movie for you.

That cameraman is Jim Jarmusch, paying tribute to one of his lifelong heroes. Unlike his previous music documentary, Year of the Horse, which chronicled Neil Young’s mid-1990s reunion tour with Crazy Horse, Gimme Danger is short on music and long on reminiscences, mostly from Iggy but also from Ron Asheton, Scott Asheton, James Williamson, Steve Mackay and Mike Watt. Presumably this is because there isn’t a whole lot of live footage featuring the original band in the late 1960s and early 1970s. And while Jarmusch works in as much performance film as he can, it’s clear that watching Iggy and the Stooges on film isn’t much of a substitute for seeing them live in the day.

Those last three words are key. In the early 1970s, the world hadn’t seen a band like this, influenced as much by free jazz and Harry Partch as by Chuck Berry or Bo Diddley. But to call them the first punk band doesn’t entirely do them justice: that they weren’t just interested in being loud and obnoxious is the biggest takeaway non-fans will get from Gimme Danger. (In an old interview clip, Iggy talks about the difference between Dionysic and Apollonian art.)

This could be why Jarmusch seems to slight the behavior that made Iggy, without whom the band likely never would have played outside of Michigan, such a riveting front man: his fearless, even stupid onstage behavior, which included such physically ruinous activities as diving into the audience and rolling bare-chested on broken glass.

That Iggy is substantially more genial and witty than his fearsome stage performances would indicate is by now well established. Still, he’s the best reason to see the film if you’re not a Stoogephile. His memories of a warm childhood are touching (when you live in a trailer with your parents and they let you take over the living room as a space for your drum rehearsals, you know they love you). And he’s nothing if not sincere, but never pompous. Gimme Danger is a love letter from a fan: it avoids a lot of nasty details, but makes you feel that you didn’t really need them anyway.