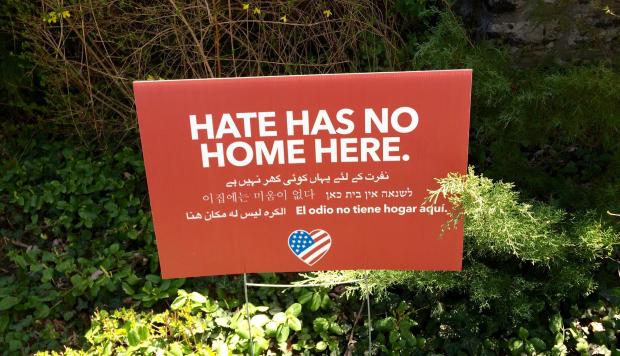 ICE is taking the gloves off and “everyone is fair game” says the new leader that is responsible for this region. That disgusting and low characterization by law enforcement makes one wonder if ICE is selling licenses for that “fair game”. DACA (Deferred Action for Childhood Arrivals) immigrants, and other refugees and immigrants are waking up just a bit more uncomfortably in our region.

President Trump issued a hateful Executive Order in January which denied federal funding to “Sanctuary Cities”. He has promised that he will eliminate federal funding for any city that calls it self a “Sanctuary City”. The initial order was blocked by a Federal Judge in Chicago. The Justice Department appealed the decision, lost, and subsequently issued new rules about “federal funding” attached to non-compliant cities”.  The Judge in Chicago issued an injuction against that rule in late September. It is argued that the actions by the Administration are constitutionally deficient, and does not recognize the division of power between the President and Congress.  It is argued that the President does not have the authority to impose punishment for noncompliance with a federal statute. The federal statute in question is Section 1373 of Title VII of the United States Code, which declares that states and municipalities may not prohibit their employees from sharing a person’s immigration status with the United States Immigration and Naturalization Service (INS), part of the Justice Department.

Earlier this month Zachary W. Carter, a corporation counsel for New York City sent a letter to the Justice Department arguing that NYC’s laws and policies to promote non-cooperation with federal offices regarding immigration, exist in harmony with federal law and the bedrock principles of local sovereignty and control. US Attorney General Jeff Sessions gave cities until October 27 to comply with federal immigration officials and to help deport suspected undocumented immigrants held in local jails. The consequences, announced by Sessions, include losing federal grant money that supports law enfocement and prosecution.

Buffalo as a Sanctuary City?

Todays Sunday Morning Video features Buffalo Mayor Byron Brown at an immigration rally on Buffalo’s West Side in February of 2017. He describes that while Buffalo is not a Sanctuary City, Buffalo is a “welcoming city” and “a city of good neighbors”. He has stated that the Buffalo Police Department does not cooperate with federal agencies including the INS and ICE that act to arrest and or deport immigrants. While it is not clear what federal funding the City stands to loose, it is clear that the City of Buffalo, already at risk, and already in many respects a Sanctuary City should stand up and declare itself to be so. Our future is our immigrants and refugees.  The rally, which brought together hundreds of at risk immigrants, refugees, their families and supporters was held near the Peace Bridge.