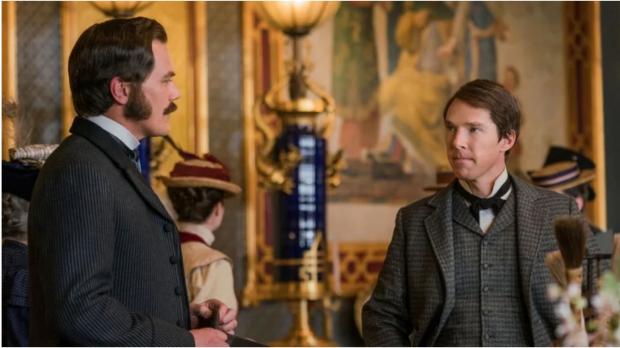 Buffalonian William Kemmler was an illiterate drunkard who made a living selling vegetables from a cart in the 1880s. His name is remembered not for what he did in his life, but for how he left it: having murdered his girlfriend in a drunken rage, he was the first man put to death in the electric chair. That device was the invention of another Buffalonian, Alfred Southwick, a professor at the UB School of Dentistry. Though Southwick’s intention was to provide a relatively humane method of execution, it did not go well: it took several attempts to kill Kemmler, and a reporter of the time called it “an awful spectacle, far worse than hanging.

Kemmler’s case received a lot of attention prior to the actual execution, though none of it centered on his guilt. The United States was becoming electrified, as Americans clamored to replace their oil lamps with light bulbs. Two competing systems battled for marketplace dominance: direct current, devised by Thomas Edison, and alternating current, championed by George Westinghouse. Though Edison was first in the market, his system could not deliver power over long distances, and was therefore only useful in densely populated cities. Nonetheless, he fought off the entrance to the market of Westinghouse’s system, whose major flaw was that it could be dangerous. To scare the public, Edison (who usually worked hard to attach his name to his own products) did everything he could to link the name of Westinghouse to the electric chair, hoping that the public would come to think of the name as synonymous with death.

That’s one section of The Current War, a new film that covers the battle for market dominance of the electric grid.

(Actually, it’s really not all that new, which brings up the movie’s other Buffalo connection: It’s one of the films that was in his company’s pipeline when Harvey Weinstein’s past caught up with him in 2017. It has taken until now for another company, 101 Studios, to acquire it and bring it to market.)

The Current War stars Benedict Cumberbatch as Edison and Michael Shannon as Westinghouse, a pairing of marquee names that is pretty much irresistible — nothing more needs to be said on that subject.

Director Alfonso Gomez-Rejon (Me and Earl and the Dying Girl) approaches this abstruse story with all the flash and filigree he can muster, appropriate for a movie whose list of producers includes Timur Bekmambetov and Martin Scorsese. Especially in its early scenes, The Current War moves at breakneck speed, indulging in long shots, odd perspectives, distorted lenses, and other cinematic tricks that are usually employed to cover up a low budget. It’s all very eye catching, like an afternoon at a theme park, to use a metaphor Scorsese famously recently employed about superhero movies.

But while The Current War holds your attention as you’re watching it, it doesn’t send you away with much. There’s no sense that the wrong decision was made when Westinghouse won out. Nor is there enough of Edison to qualify the film as a suitable biography of the man who was probably America’s most productive entrepreneur. The acting and the cinematic panache are enough to repay your ticket cost, but I was left thinking I would have learned more from a good New Yorker article on the same topic.

Now playing at the Dipson Amherst and Eastern Hills Theaters.