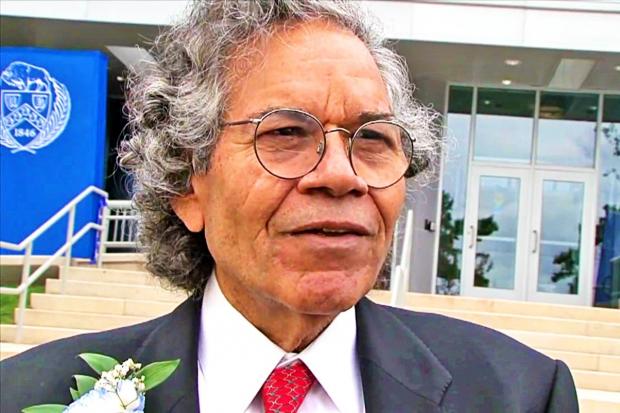 The namesake for the University at Buffalo’s main pharmacy building, John Kapoor, was arrested Thursday on conspiracy charges for his part in bribing physicians to prescribe a fentanyl spray to patients who didn’t require such treatment, according to multiple reports.

Last December, six executives of the company founded by the billionaire pharmaceutical entrepreneur, Insys, were arrested on similar charges. Kapoor was arrested in Phoenix and is reportedly being charged with RICO conspiracy, conspiracy to commit mail and wire fraud, and conspiracy to violate the Anti-Kickback law.

A profile of Kapoor in Forbes last year concluded that “[h]e has made a habit of founding companies and allowing them to push legal and ethical limits, confident of his ability to clean up the resulting mess.”

Also on Thursday, President Trump declared the opioid crisis a national health emergency. There are an average of 142 recorded overdose deaths every day nationwide, the majority of which are opioid-related.

The John and Editha Kapoor Hall on UB’s South Campus was completed to house the school of pharmacy and pharmaceutical sciences in 2012. Kapoor, a 1972 graduate of the school, donated $10.8 million. The building’s total cost was $62 million.

The University at Buffalo issued a statement through spokeperson John DellaContrada on Thursday afternoon saying it would be premature to take any action. “We became aware of the charges through today’s media reports and therefore it would be premature to comment further or take any action until the university has more information,” the statement reads. “The building that is home to UB’s School of Pharmacy and Pharmaceutical Sciences bears the name of Dr. Kapoor and his wife in recognition of their long-time philanthropic support of the school and the university.”

In April, when the student newspaper The Spectrum asked about the university’s position on Kapoor following the arrests of the six executives and Kapoor’s stepping down as CEO in January, the university stood by Kapoor.

“During a career spanning many years, Dr. Kapoor has played an important role in developing medical treatments that relieve the anguish of those who suffer from severe and chronic pain due to cancer and other debilitating diseases and he has developed pharmaceutical products in the areas of ophthalmology, antidotes and anti-infectives,” UB spokesperson DellaContrada told reporter Sarah Crowley at the time.

It’s not the first national news story UB has faced difficult questions with this fall.

Within days following the news of multiple sexual assault and harassment allegations against film producer and UB grad Harvey Weinstein, UB announced they would begin a process to rescind an honorary degree previously bestowed on Weinstein.

Further analysis by Rob Galbraith on behalf of the Buffalo watchdog network group LittleSis revealed that Kapoor not only enriched himself on the opioid crisis, but also made efforts to get into the opioid replacement drug industry, and simultaneously invested money in medical marijuana and in efforts to keep marijuana illegal in Arizona.