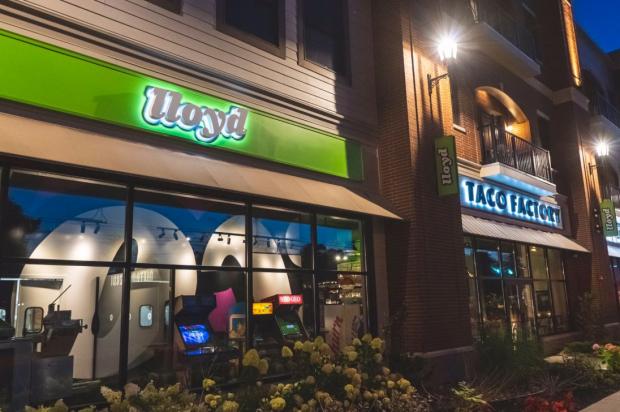 Republicans love to complain about what they term “political correctness,” often going so far as to assert that being empathetic or mindful of others’ feelings is destroying western civilization as we know it.

Except, of course, when there’s some virtue signaling (another favorite right-wing trope) of their own to do.

This week, Lloyd sent a taco truck to the Batavia Detention Center, which is a Department of Homeland Security Immigration and Customs Enforcement (ICE) facility, housing various non-citizens awaiting trial and/or deportation. Many people are outraged over ICE’s conduct under the Trump Administration, most notably the separation of child refugees from their parents or guardians, unlawful indefinite detention of refugees, and lax oversight leading to physical and sexual abuse of detainees, including children. It is indicative of poor management and a complete abdication of the duty the government has to protect the people in its custody.

For a country that once took pride in being a melting pot of immigrants — of being perceived as a beacon of light, justice, and freedom in a dark and unfree world, it’s been quite the harsh, self-inflicted comedown.

It is also indicative of a wildly toxic anti-immigrant, anti-refugee furor that has overtaken the American government and a wide swath of its citizenry in recent years. It is a new fascism wrapped in the flag and holding the Bible, as prophesied.

Personally, I think it’s ok if Lloyd serves food at the Batavia facility. After all, it’s not just ICE prison guards who work there, but custodial staff, administrative staff, attorneys for the detainees, and the detainees’ families that would all be able to buy food. I also think that it’s ok if Lloyd decides never to do that again. I think it’s ok for people to not think it’s ok for Lloyd to serve prison guards, and for Lloyd to respond to them as it did — by apologizing.

If you don’t like it, start your own taco truck empire.

Because that’s ultimately what free enterprise is about. “ICE agent” isn’t a protected class under the Civil Rights Act and its progeny, so Lloyd is wholly within its rights to choose not to ever go there again. Not long ago, I criticized a competing taco business for its ties to Sheriff Tim Howard and other Republicans. At that time, of its owner I wrote,

I went on to explain my personal decision never to patronize his businesses, and I respect the decisions of people to make the same choice, or not. The same goes for Lloyd. When a company decides to make a political statement, it has to brace for a backlash from the people who disagree. That’s life. For his part, Hamilton is trying to capitalize on the anti-Lloyd brou-ha-ha by offering a 35% discount to law enforcement. I suggested some additional discounts he might consider.

40% if you separated a child from her parent.

45% if you looked the other way while the child was sexually assaulted on your watch. https://t.co/Pe1PCh15X9

Never one to shut up when he’s not needed; never one to not insert himself into a controversy that has nothing to do with him, Erie County’s Comptroller and perpetual candidate Stefan Mychajliw piped up. The mission statement for his office reads as follows:The Comptroller’s Office serves as the county and taxpayer’s independent fiscal watchdog, providing fiscal leadership, ensuring fiscal integrity, timely and accurate reporting, and maintaining public trust and accountability through audits, reviews, reports and investigations.

Whilst running for like four different other offices simultaneously, Mychajliw writes:

This needs to be unpacked not only because of its factual inaccuracies and poor logic, but because it is dangerous. I have to believe — and consistency dictates — that the people who complain most loudly about the insidious nature of political correctness and cancel culture will not succumb to the things they hate most. Right?

First of all, here is the Comptroller — a petty elected bureaucrat; a bean-counter — whose duties are mostly ministerial, directing MAGA cretins to hate on two local businesses. Obviously, the tweet’s original theme had to do with Lloyd, which decided that its five food trucks and two restaurants have a relationship with local refugee and immigrant communities that it would be a betrayal for them to feed ICE guards. Just like Richard Hamilton and his toy badge, Lloyd has the right to not go back to Batavia.

Mychajliw is preening for his MAGA / Bannon followers. He’s running for Congress/Assembly/State Senate/Senate/County Executive by tearing down a beloved local restaurant that employs lots of local people and pays loads of county taxes. But in so doing, he has to invoke the name of Chik-fil-a, and the Buffalo Niagara International Airport. The secret is that there was never a plan for Chik-fil-A to come to the airport. Never. It was never booked. It was never even a thing — Delaware North simply included that franchise on a list to the NFTA of potential brands that could conceivably be brought in. Stef knew this, probably, but isn’t above trying to score a virtue-signaling point for the Rus Thompson set.

I distinctly remember people threatening to sue the NFTA, and the FAA investigating the NFTA, over its supposed refusal to consider leasing to a Chik-fil-A over religious freedom. Chik-fil-A is a fast food joint, not a church. If it wants to be treated like a church, it should become one. There is no statute requiring a public entity to cut a deal with a private business on the basis of religion, and if the NFTA rented to, e.g., Joe’s Halal Chicken Shack the MAGA red hat cadre would be apoplectic — pitchforks and all.

The reason why Mychajliw brings up Chik-fil-A to attack Delaware North and the NFTA is that it is emblematic of the “pwn the libs” ideology that is the centerpiece of Trumpism and modern conservatism. They hate that snowflake soy-latte-drinking libs won’t eat at Chik-fil-A, and to really underscore their outrage over beta lib ideological boycotts, they’ll never eat at Lloyd. I mean, the cognitive dissonance is huge.

To reiterate — Stefan Mychajliw is not a candidate for anything right now. He is a bean-counter with an almost exclusively ministerial job which he executes by calling bingo and visiting senior centers. His instagram is loaded with images of him delivering county checks to local businesses and, thusly, promoting them.Which is fine.

But against that backdrop of looking out for the taxpayer and promoting small businesses in Erie County, why on Earth would a petty county bureaucrat knowingly take to social media to do harm to a locally-owned, job-creating, taxpaying business? It is beyond irresponsible for Mychajliw to do this to any Erie County company. It is a knowing effort to hurt the business over politics (i.e., his own version of “political correctness”), and this could hurt it and, in turn, county tax revenues.

There should be a consequence here. There should be a palpable consequence to a bureaucrat using his bully pulpit to effectively harm a locally owned business over a political disagreement. It is political correctness run amok. Furthermore, the notion that it is some evidence of creeping totalitarianism — a taco truck’s non-discriminatory decision about with whom to do business — is so incredibly ignorant and stupid, and something Mychajliw should know better than to suggest. But alas, here we are. Totalitarianism comes from dictatorial government fiat, not from public opinion or private company decision-making.

The radical Bannonite neo-fascist Erie County Comptroller used his bully pulpit to attack an Erie County taxpaying, job-creating business for his own political gain. He put the jobs of hundreds of Erie County residents at risk, as well as the income, property, and sales taxes they pay. All over a political disagreement. It is unconscionable for an elected head of an Erie County bureaucracy to single out a taxpaying Erie County employer like this for economic harm. If he’ll do it to Lloyd, he’ll do it to any small local business to advance his own craven self-interest.

Someone on the Erie County Legislature should immediately introduce a resolution condemning the Comptroller’s wildly reckless attack on an Erie County business, and formally censuring him for knowingly doing harm to an Erie County-based company which employs Erie County residents, all of whom pay to Erie County property and sales taxes — directly or not.