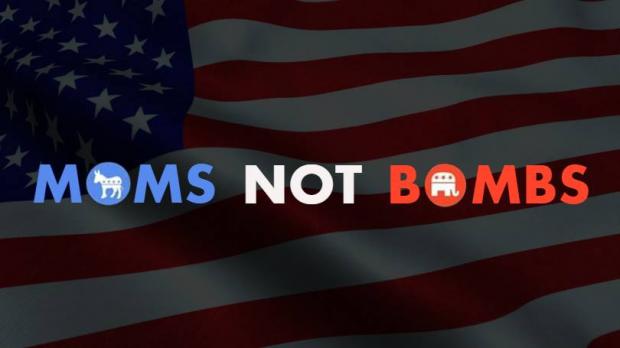 Mike Nolan is just a “selfless first responder” at the Jamison Road Fire Hall. They’ve suffered “threats” and “harrassment” because they hosted noted neo-fascist Steve Bannon at their firehall.

There were no threats, except “threats” not to rent out the firehall. There were hardly any protests, and what there were were completely peaceful. One of the protesters was right-wing MAGA-hat wearing Reform Party candidate for NY-27, Larry Piezga.

Mike Nolan is a Republican hack - Elma town councilman and COO of New York State’s OTB-owned Batavia Downs Gaming, which is where all of the thirsty af boys and girls who wanted to take Chris Collins’ place on the ballot met a couple of months ago. He’s a state employee; one of those right-wing socialists.

With this phone call to some obscure right-wing radio show in Michigan, Nolan was expressly partisan while purporting to speak on behalf of the fire hall, bringing its non-profit status into massive question. To hear Nolan tell it, this wasn’t just some content-neutral rental of a fire hall — this was a deliberately partisan event that the fire hall organized. Who knows if that’s true, or whether he was authorized to speak to the radio show on the fire hall’s behalf, but a 501c3 tax-exempt organization is banned from engaging in partisan politics. I have to assume that the leadership of the fire hall would not be so irresponsible or stupid to threaten their 501c3 status. Here is what the IRS’s website says:

Under the Internal Revenue Code, all section 501(c)(3) organizations are absolutely prohibited from directly or indirectly participating in, or intervening in, any political campaign on behalf of (or in opposition to) any candidate for elective public office. Contributions to political campaign funds or public statements of position (verbal or written) made on behalf of the organization in favor of or in opposition to any candidate for public office clearly violate the prohibition against political campaign activity.  Violating this prohibition may result in denial or revocation of tax-exempt status and the imposition of certain excise taxes.

Certain activities or expenditures may not be prohibited depending on the facts and circumstances.  For example, certain voter education activities (including presenting public forums and publishing voter education guides) conducted in a non-partisan manner do not constitute prohibited political campaign activity. In addition, other activities intended to encourage people to participate in the electoral process, such as voter registration and get-out-the-vote drives, would not be prohibited political campaign activity if conducted in a non-partisan manner.

On the other hand, voter education or registration activities with evidence of bias that (a) would favor one candidate over another; (b) oppose a candidate in some manner; or (c) have the effect of favoring a candidate or group of candidates, will constitute prohibited participation or intervention.

Bannon’s appearance was specifically billed as a Republican get out the vote effort for the midterm elections. Not general “everyone should vote”, but that Republicans should vote. It is very possible that this is a breach — evidenced by Mike Nolan’s own reckless words on a radio show he probably thought no one would hear — of the 501c3 status of that fire department. I don’t know why Mr. Nolan would give up the real rationale behind the Jamison Road Volunteer Fire Department expressly hosting a Republican-only GOTV rally, but he has genuinely put the group’s non-profit status at risk. Maybe next time, get your story straight with the board and management and stick instead to running racinos.

By the way, not one local candidate — not even alt-right frotteur David DiPietro — showed up to speak at Steve Bannon’s Dummkopf Nuremberg rally. Putative event organizer Michael Caputo told me on Facebook that no candidates could speak because of the not-for-profit status of Bannon’s 501c4 social welfare organization. Oh?

Bannon’s 501c4 is the opaquely funded group that enabled Bannon to fly private from Teterboro so he could avoid bumping into any real Americans. This whole thing calls into question who paid for the fire hall. Chances are an individual could have rented the hall and invited Bannon, and then the candidates could have appeared without prohibition, and Bannon’s PAC could have just funded his travel. Maybe there was a reason that was not done and why Bannon’s social welfare organization PAC paid for it instead. Maybe it was because Larry Piezga or a few 50 year-old female placard holders so petrified these candidates that they stayed away. Obviously, Collins was never going to come, because an event where he knows press will be there is his kryptonite. Who knows why DiPietro didn’t show, except he had a table there handing out lit and signs, so if you can do that, you bet he could have spoken.

But it’s all spin and BS — here’s what Caputo told Bob McCarthy on Tuesday: “[candidates] are welcome to come but nobody is required to come,” he said. “We haven’t heard from anybody, but we didn’t ask anyone to RSVP either. And people are coming to hear Steve Bannon, not the local candidates.” I don’t see anything there about 501c4 or 501c3 restrictions on candidates appearing. There must be an innocent explanation as to why he omitted that fact, because Bob McCarthy is nothing if not a dutiful stenographer.

2. Steve Bannon: Lifestyles of the Rich and Ruddy

The former Hollywood executive and former Goldman Sachs executive has a few choice words for the “elites”.

Bannon in #ny27: “The elites are not going to pat you on the head. You have to continue to win elections. You have to have Trump’s back.”

That’s a WorldWide Jet Bombardier/Canadair CL60. It must be the working man’s private jet. Perhaps the populist’s jet. It’s an import — made in Canada. Just like any steelworker or coal miner, Bannon flew direct from Teterboro Airport to Buffalo’s Prior Aviation facility in just under an hour. It’s quite convenient to have a multi-million dollar private jet at your disposal when you’re an anti-elitist working man. How much does a round-trip cost on that jet from Teterboro to Buffalo?

Gosh, that’s a bargain that would make any fiscal conservative blush. Why spend time with the riff-raff flying commercial when you can plunk down $17k and go in style!

Teterboro is only 18 miles from Newark International Airport. United flew from Newark to Buffalo at 2pm, arriving at 3. A return flight was available departing at 8:44pm. It had to circle for a while before landing due to weather in Newark, but nothing a working-class American can’t handle. The cost to travel round-trip on United between Newark and Buffalo is about $240if you fly economy, like most volunteer firefighters do. If you go first class, it’s about $500 round-trip.

If you fly United, you won’t get this nice bottle of Grgich Hills Chardonnay, or a plane all to yourself:

But you’ll save literally $17,000 of someone else’s money. Here, specifically, it’s paid for by Bannon’s PAC, “Citizens of the American Republic”, which says on its website is a “non-profit tax-exempt advocacy organization under section 501(c)(4) of the Internal Revenue Code. Contributions or gifts to COAR are not tax deductible for IRS purposes. Not paid for at taxpayer expense.” Not paid for at taxpayer expense, but because its income is not taxed, we all subsidize its operations. It’s dark money — Bannon doesn’t have to disclose who funds his billionaire lifestyle.

From the guy who runs the station:

It’s pathetic to me that politicians, both locally and nationally, are using the #SuspiciousPackages incidents to attempt to lay blame on one political side or the other. It explains the continuing decline of any public trust in our elected leaders.

Yes, we shouldn’t jump to conclusions about these sorts of news events! That was posted around 12:30 on Wednesday, the day the news hit about the attempted assassination of several prominent Trump opponents.

Literally the next morning on WBEN’s air:

Republicans have become indistinguishable from Infowars conspiracy nonsense — the fringe is now the mainstream. They’re accusing Democrats of perpetrating some sort of hoax for two reasons: 1. They don’t really care; they would cheer the assassination of people like Hillary Clinton and George Soros. They would celebrate mass murder at CNN or the bombing to bits of Debbie Wasserman Schultz; and 2. That’s how they think. The entire ethos; the fundamental ideology of Trumpism is to ‘pwn the libs’. So, when some horrifying news hits and it may be politically damaging, the Infowars party assumes its enemies — whom they would be happy to see dead, by the way — are acting how they would.

Weird how deliberate lying, eliminationist rhetoric, and a decade’s worth of nihilistic policy turns a political party into a sarcastic death cult.