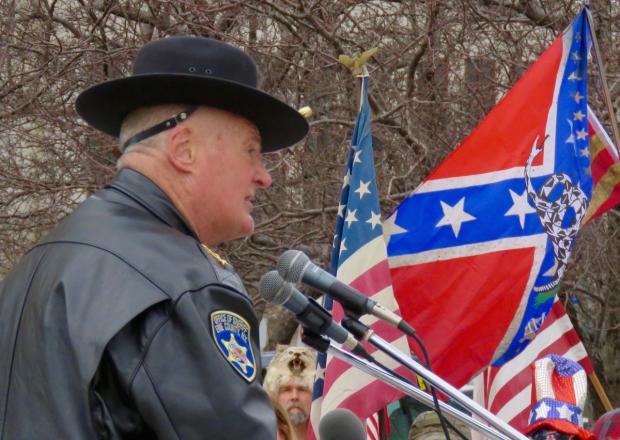 Because 22 deaths at the facilities he supervises isn’t embarrassing enough for Erie County Sheriff Tim Howard and his political supporters…and because Howard, feeling his race against Democratic challenger Bernie Tolbert, has begun to go negative, making hay of a sexual harassment case that unfolded while Tolbert worked for the NBA, and airing TV commericals calculated to remind suburban and rural white voters that Tolbert is, well, black…for those and so many other reason, we present this report from our pals at WNYMedia.net. It’s worth noting that WNYMedia.net does work for Democratic campaigns; it’s also worth noting that this report is based entirely on public records:

WNYmedia Network has found federal district court papers online showing Sheriff Tim Howard to be in the middle of a sexual harassment case spanning more than eight of his 12 years in office.

It’s far worse than anything you can imagine. And it is still underway.

The Sheriff’s Office does not dispute the claims in the suit, only the victim’s right to sue under various statutes and procedural rules.

Defendants ( Howard, et al…) argue that the allegations in Plaintiff’s complaint, taken as true, fail to assert any viable federal claim upon which relief may be granted.1

When Sheriff Howard failed to honor the original 2007 settlement agreement, incidents of harassment and intimidation continued and became even worse, this female employee of the Holding Center filed this lawsuit in Federal Court.

You can read all the details of the case here:

Here are the facts of the case as agreed upon by the Sheriff’s Department:

It started in November of 2007, when (Plaintiff) filed a complaint with the New York State Division of Human Rights (“DHR”) alleging that Sheriff Tim Howard and the Erie County Sheriff’s Department (Defendant) had subjected her to sexual harassment, employment discrimination, and retaliation.

In November of 2007, Plaintiff filed a complaint with the New York State Division of Human Rights (“DHR”) alleging that the County had subjected her to sexual harassment, employment discrimination, and retaliation. Shortly thereafter, Plaintiff and the County entered into a private settlement resolving the complaint. The settlement agreement provided that in exchange for Plaintiff’s withdrawal of her complaint, Defendant would investigate certain sexually offensive remarks made to Plaintiff by a co-worker.

Shortly thereafter, the Plaintiff and Sheriff Howard entered into a private settlement resolving the complaint. The settlement agreement provided that in exchange for Plaintiff’s withdrawal of her complaint, the Defendant would investigate certain sexually offensive remarks made to Plaintiff by a co-worker.

A $75,000 settlement was paid to the Plaintiff according to the Erie County Fiscal Stability Authority  but the abuse continued for years and was continuously ignored by Sheriff Howard.

In 2009, the harassment “increased in scope” with a blogspot blog entitled Stop Howard 2009 (now entitled Erie County Holding Center). The blog was created in spite of the County’s policy prohibiting this type of online posting by employees. The blog contained photos and comments about supervisors in the Erie County Sheriff’s Office and much of the commentary was graphic, derogatory and offensive.

In the fall of 2009 employees began posting comments on the blog referring to Plaintiff  as “pig”, “fuck-up”, “a shit bag”, “a shit deputy, a horrible sergeant, and a scum bag Lt.”, and “a pint size piece of shit” who “can’t have more than 3 friends”.

Lieutenant was referred to as having “balls … and a penis”, was called a “cancer” to the department, and was called the “the worst person, or dog, that has ever lived.”

According to the lawsuit, The Plaintiff complained about these comments and the blog in general. She alleges, however, that the County took no steps to investigate or correct the conduct. On November 10, 2010, plantiff overheard a co-worker, Lieutenant, state: “I don’t know what would be better … if she was demoted or fired or maybe she’ll just die.”

In August of 2011 the Erie County Holding Center blog, which Plaintiff had previously complained of, contained a poll that asked whether Plaintiff should be fired. The poll was accompanied by a photo of a dead rat caught in a trap, which was labeled “aka»> JK THE RAT FUCK.”

Sheriff Howard’s gross negligence and failure to act upon an agreed settlement caused years of unnecessary, disgusting treatment and retribution of this woman by her co-workers.

No one should ever have to endure this type of abuse in the workplace.

This case, 8 years and counting is still ongoing was just back in court as recently as early September.