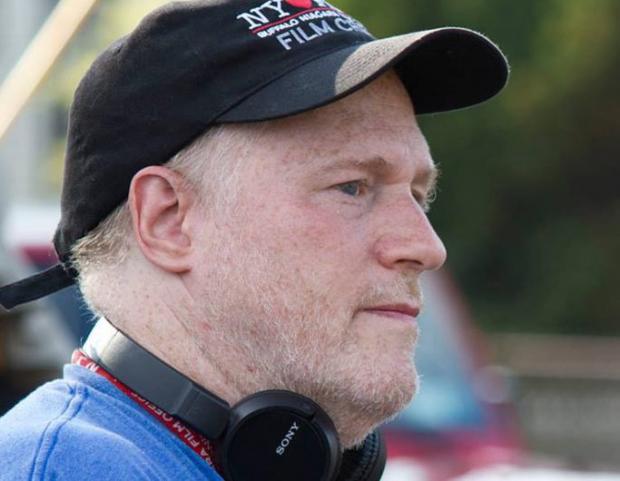 Clear your calendar: It’s film festival time again. Next Thursday is the opening day of this year’s Buffalo Dreams Fantastic Film Festival, now in its fifth year. Prior to that, it got its start as Buffalo Screams, a showcase for horror and locally produced movies, both of which remain strong components of the expanded Buffalo Dreams. This year’s lineup includes family movies, foreign films, documentaries, comedies, and just about anything that festival organizers Greg Lamberson and Chris Scioli thought their audience might enjoy.

The bulk of the festival takes place at the Dipson Eastern Hills Mall Cinema, whose usual fare of arthouse films was a factor in the expansion of Buffalo Dreams’ palette. Lamberson watched 150 features and 250 shorts that were submitted for consideration, and saw enough that he liked that he not only added an extra day to the festival but made the days longer as well. “We have films starting at 11:30am and noon instead of at 1pm, which has allowed us to program a full additional block most days,” he explains. “We’re showing 40 features instead of our usual 25 or so. Twenty are horror, which is more than we’ve shown in the past, but they’re surrounded by more non-genre films. More hours in our day can only mean more films. The weekday matinee slots are sort of a dead zone for horror and sci-fi films, so it made sense to gear the first show of the day to foreign films, docs and dramas that will appeal to the theatre’s regulars.”

You may recognize Lamberson’s name as on occasional film reviewer in these pages. Or as the author of numerous horror novels and other books. Or as the director of films like Slime City Massacre and Killer Rack. Or a crew member on many of the big-budget film productions that have come through Western New York in recent years. But while he has the higher profile, Chris Scioli spends just as many hours getting things prepared.

“We’re partners on everything. Locals tend to call it ‘Greg Lamberson’s film festival,’ but all of the out-of-town filmmakers who attend know we’re equally responsible for everything. When we started Buffalo Dreams we never discussed a division of responsibilities, we just gravitated toward what we were strongest at and stayed on that course. We make every important decision together, but I’m the one who chases films that have not been submitted to us for consideration, and Chris deals with a lot of nuts and bolts tasks like the banking, website, submission platforms, and trade sponsorships. But we each do some of what the other does, and put in the same crazy hours.”

Lamberson’s national reputation in the independent film community has helped bring a lot of attention to Buffalo Dreams, which will be attended this year by nearly 50 visiting filmmakers. If you have a question about any film you see at one of the screenings, there’s a better than average chance that you’ll be able to ask the director in person.

So what’s the state of the art in genre movies these days? From those 150 features, Lamberson recalls, “I don’t remember any zombie films, which is a nice change because there were so many just a few years ago. What I’ve noticed about the horror films in particular is that the technical aspects and acting are getting better and better, their makers more proficient at an earlier age. We also didn’t receive any horror films that dwelled on torture, though that might be because we’ve never accepted them.  We only received a couple of found footage films, so that’s a trend that’s changing. (We are showing one of them, The Phoenix Incident, which is exceptionally well made and exciting).  We received two narrative features that have experimental aspects to them—Mickey Reece’s Alien, which is about Elvis, and Trinity, which is about a man who runs into the priest who molested him as a child.  I think both were submitted to us because filmmakers know that our long schedule allows us to take some chances.”

With all the work they put into Buffalo Dreams throughout the year, how do Lamberson and Scioli gauge the results? “The first two items we judge the festival by each year are how happy we are with the program itself, the quality and variety of films, and how many out of town filmmakers attend.  These are the two qualities that determine each year’s ‘soul’ for us.  Based on those measurements, this will be our best year yet.  We finally have a slate of foreign films and family films instead of one or two token inclusions, and we have close to 50 filmmakers scheduled to attend, a record.  I think that makes us a legitimate destination festival. After that we pay attention to how many of the local filmmakers whose films we show actually participate in the festival and don’t just show up to take a bow for their own work. And finally, attendance and revenue.  Chris and I are in this for the long haul, we do it out of love and because we have a vision, but it will be nice to someday earn actual income for all the work we put into it.”

Buffalo Dreams Fantastic Films Festival runs November 2-9 at the Dipson Eastern Hills Mall Cinema, and November 10-12 at the Screening Room at the Boulevard Mall. You can find a complete schedule and ticket information at buffalodreamsfantasticfilmfestival.com.