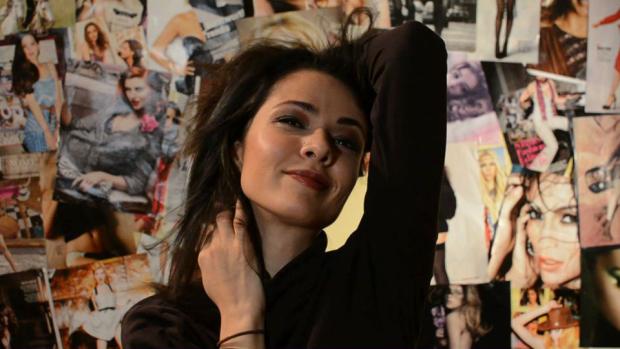 It took nine years, but it looks like the Buffalo International Film Festival is finally up and running.

A broad-based film festival for his home city was the dream of Ed Summer, who labored mightily to put one together since 2007. When he died last November, it seemed likely that BIFF would die with him.

But enough people who he had sponsored, mentored, and otherwise encouraged stepped up to take over the festival’s operations. While they had a minimal amount of time to do so (less than six months) and no budget, they had determination and Ed’s inspiration.

And damned if they didn’t pull it off.

Okay, no one who attended the festival this past weekend is going to confuse it with the Toronto International Film Festival, or even any of the smaller established festivals in other cities. But by bringing the show to the North Park theater, BIFF’s theaters added an element of glitz that it has previously been lacking. It can’t have hurt that the Hertel strip offers plenty for people to do before and after a movie (or in between movies if you’re making a day of it). At the same time, the use of Squeaky Wheel and the Screening Room allowed for a more substantial schedule and appropriate venues for movies that were unlikely to attract a large crowd.

Of course none of that would matter if the movies weren’t any good. (There are festivals that exist to show lousy movies, charging submission fees to filmmakers who are desperate for distribution and promising them more in term of exposure than they actually deliver—a sad, despicable business.) But the quality level of what I saw at BIFF was surprisingly high, including a generous helping of feature films made in Western New York.

I say “surprisingly” because I’ve been looking at locally made movies since the days when there was no such thing; when anything came along that was made in Buffalo, the mere fact of its existence was so impressive that no one really expected it to be any good as well.

That’s an assumption you can no longer make. Take Prescient, a suspense drama about a geneticist with the unwanted ability to see the upcoming death of people he meets. The story is a bit ridiculous, though played straight-faced and enjoyable for that. And it makes tremendous use of Buffalo locations, including numerous interiors and exteriors in the medical corridor as well as riverside and park locations and along Hertel Ave. At a post-screening Q&A, producer/writer John Hannon said that he wanted the film to present a picture postcard look at Buffalo. With the work of cinematographer Matt Quinn, he certainly succeeded: The Buffalo Film Commission should send a DVD of Prescient to anyone who makes inquiries about filming here.

Even more familiar sights pop up in the weirdly fascinating Let Them Have Their Way. Four years in the making, it variously resembles Koyaanisatsi and Mon Oncle D’Amerique with some input from Charlie Kaufman. Writer-director Dien Vo, a graduate of UB’s Media Studies program, compiles hundreds of clips (some real, some staged) from self-help infomercials and tabloid programming to use as a backdrop for a study of three couples struggling to find love and happiness in a media-saturated age. It’s a work in progress, shorn of 45 minutes from a version that was screened at the North Park last year (and still probably too long), but unlike anything else I’ve ever seen. Among the unexpected locations on view, I spotted the Southgate Plaza, Sweetness 7 on Grant Street, the UB Law Library, and my high school.

You wouldn’t expect to find a Buffalo connection in The Philosopher King, a Canada/Sweden co-production made by an Australian director. But it’s there, if after the fact: Cinematographer Joel Froome, also a native Australian, now lives in Kenmore, where his wife was born. Inspired by the early 1970s road movies of Monte Hellman and Bob Rafelson, this gently contemplative drama looks at the relationship between two brothers, a music teacher and an unfocused artistic dreamer, as they travel through the latter’s adopted country of Sweden.

Among the international films, Oblivion Season, like many Iranian films, takes a quiet, unsensationalistic approach to examining social conditions. A woman who once worked in a brothel escapes into marriage with a man who loves her but still cannot trust her. When he is injured, she takes over his business as a taxi driver, a job that is forbidden to women in her country. Director Abbas Rafei notes with unspoken irony the differences between what is forbidden and what is nonetheless tolerated in his society. Oblivion Season won the festival’s top award, the Golden Bison, for Best Narrative Feature.

From France, Pseudonym is a thriller that makes you think about how much Alfred Hitchcock would have loved making films in the world of the internet. Thierry Sebban (who also wrote and directed) stars as a divorced businessman who indulges in an internet date, which includes dinner (he and she watch each other eat) and, um, whatever comes next. We’re never quite sure what that “next” was intended to be, because his date turns out to be setting him up for something nasty. The film is trim and fast-moving through a relatively short running time—under 80 minutes—though I had to wonder if the film was that short because they left off the ending.

If BIFF was short on comedies, the pleasant exception was Abby Singer/Songwriter, which tells the preposterous story of a once promising musician who left the business to work on Wall Street. Looking to make a comeback with a self-recorded album, he hires an aspiring filmmaker, a Turk by way of North Carolina, to make a series of music videos for the songs. Preposterous, yes, but nevertheless mostly true. Singer-songwriter Jamie Block, billed simply as “Block” on his 1990s albums for Capitol, writes witty and emotional songs that are variously reminiscent of Nick Lowe and Lou Reed. On film his persona evokes Louis CK (he’s hoping the videos will impress his two teenaged daughters). Director and-co-star Onur Tukel is an engaging motormouth in the vein of Zach Galifianakis, and the two make an amusing team in a film that is slight but very entertaining.