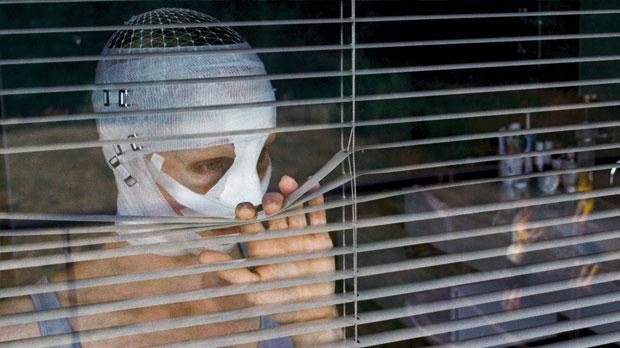 “Passion is harmful when it becomes excessive, which is most of the time,” announces a teacher near the beginning of the French drama Breathe. Foreshadowing, anyone?

Charlie (Joséphine Japy) is a 17-year-old living in one of those parts of France that is not Paris. As if life isn’t hard enough at this age, she begins her senior year with the separation of her parents. Things change when she makes a new best friend, Sarah (Lou de Laâge), who transfers to her school after leaving her mother with the NGO she works for in Africa.

Sarah is as brimming with self-confidence as Charlie is withdrawn. This being a French film, they’re both beautiful as well, though Sarah crosses the line into gorgeous—the casting office was presumably asked to find a new Sophie Marceau.

Also because this is a French film, we expect this relationship to go past friendship. It’s an expectation not discouraged by the camera’s tendency to leer at its young stars, though as the director is a woman—Melanie Laurent, whom you may recall as the star of Inglourious Basterds—I guess it doesn’t qualify as sexist.

To its credit, Breathe never goes the exploitation route. It is a thoughtful exploration of the emotional hurdles of children on the cusp of adulthood, an age when no one can hurt you as much as your friends can—and too often do.

It’s a shame that everything that Breathe does so well is cast aside by a sensationalized ending. The film runs 91 minutes; my advice is that you leave the theater about 85 minutes into it. You’ll enjoy the film more.

I would also advise you to make an early exit from the Austrian drama Goodnight Mommy, though a little more than five minutes from the end. More like 35 minutes.

The story takes place in a secluded house on the edge of a forest where twin brothers age nine happily spend a summer day at play. They arrive home to see that their mother has returned from the hospital. Her head is covered in bandages, and she demands quiet and rest.

She is recovering from cosmetic surgery, though for much of the film we don’t know why: Is she vain and trying to look younger? The boy’s father doesn’t live with them, so she may be in search of a new husband. At any event the boys are resentful. In fact, they’re not even sure that this is really their mother.

The script is parsimonious with information as it attempts to establish ambiguity, though this is to a degree its own downfall: By causing you to study it so carefully (it is largely a quiet film, with long stretches containing no dialogue), it almost certainly tips you off to something that isn’t meant to be understood until the end of the film.

Martial arts movies are, at least in this half of the globe, a genre that doesn’t get the respect it deserves. That’s largely because we associate them with the atrociously dubbed, badly edited versions that played inner city theaters in the 1970s and 1980s, or, worse, on television, where the elaborate productions and widescreen cinematography of the best of them was rendered worthless. But they also require an understanding of Asian (mostly Chinese) history that Americans lack.

In the past 20 years top Chinese directors have tried to set that right with films like Crouching Tiger Hidden Dragon, Hero, House of Flying Daggers, Curse of the Golden Flower, and Ashes of Time. To that list you can add The Assassin by Hou Hsiao-hsien, who was named best director at this year’s Cannes film festival.

Because the film was booked to play locally (at the Eastern Hills Mall) at the last minute, the screening disk got to me less than half an hour before my deadline, so I have only had enough time to look at it briefly. But from what I’ve seen it falls into place with the films listed above—perhaps more dour, but every bit as gorgeous. That I will have to see it in a theater rather than in my living room is something for which I can only be thankful.