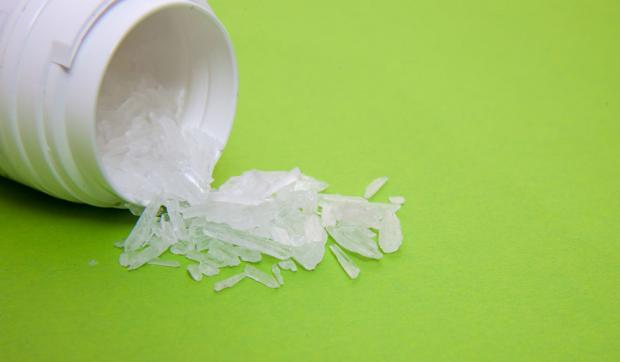 Perhaps Queerty isn’t the best source for news, but that’s where I learned about what’s recently gone on in the media with Danny Pintauro.

Pintauro played young Jonathan Bower on the long-running sitcom Who’s the Boss. Now 39 and out of the closet since the late 1990s, he recently disclosed in an interview with Oprah Winfrey that he’s been HIV positive since 2003. A media blitz has followed.

Unsafe oral sex is not a particularly high-risk behavior (relative to the rest of the spectrum) for acquiring HIV. Either he’s the unluckiest dude in the western hemisphere or he’s unwilling to cop to the riskier behaviors that are more likely to result in infection—and that’s his prerogative. But the outcry from the poz/recovery lot is a reasonable one: This is not the correct level of transparency for a celebrity spokesperson. If you can’t own the whole situation, why bother?

Sometimes a sexual encounter follows in these short films. But more frequently they end before sex really gets going. Why? Because, for viewers who understand what the rush feels like, that is the sex.

If you don’t know what a speed rush feels like then the clips probably look silly to you—a curiosity at best. Men using meth often don’t get erections or they stall out at half-mast. To a total outsider, there’s nothing particularly hot about watching a couple guys with dilated pupils, breathing heavily, having a limp sword fight or straining to achieve basic penetration. But for an addict, it’s poison.

For addicts trying to escape methamphetamine’s sharp claws, the euphoric recall these filthy little films can inspire is defeating, demoralizing, and potentially deadly. The danger is so extreme, I hesitated to write this column: Meth addicts—especially ones early in the process of getting clean—are stuck in a hair-trigger trap. Over time, sex and drug use become so tightly fused in a user’s imagination, fantasizing about sex actually includes getting high. This is a primary reason that the cycle becomes so difficult to break—the drug sneaks up and calls to them with a sexual undercurrent in their most private moments. Sidestepping this evil snare requires unimaginable strength and an unconditionally supportive network of people. Something as basic and human as masturbation can set off a relapse well into the recovery process. Untangling the web is tricky and time-consuming, and requires being able to talk about one’s innermost sexual fantasies. Tough terrain. It can take years to relearn how to engage in sober sex.

Keep in mind, Meth is the first widespread drug scourge to crop up in the internet age, and with it comes an entirely new realm of harmful possibilities. I first discovered the meth-porn epidemic on Tumblr. Tumblr content isn’t policed in a way where video clips of people using drugs are frequently removed, especially when presented alongside other fringe pornography. The “anything goes” nature of the network allows this culture to flourish, and attempting any such regulation is a slippery slope. It’s impossible to say what qualifies as genuinely harmful behavior in a world where people are permitted to indulge their proclivities without judgment—and with very few exceptions, I believe this is as it should be. But clips of guys mainlining meth, to me, may as well be snuff films. Which, by the way, aren’t illegal. The activity they depict is, but uploading them to the internet isn’t. And neither are films of people using drugs.

It’s also worth considering that, within the context of methamphetamine use, what starts as sex can end in violence. You witness it brewing in these amateur clips. Once tweaking, users egg on one another about all the dark things they want to do to each other and themselves. One-upmanship develops, bringing fantasies fueled by an elixir of Drano, ether, and brake fluid into a sexual context. It’s a bottomless pit of indulgence that becomes more about taking risks and doing the unthinkable than anything we think of as specifically sexual.

Some may recall Canadian Luka Rocco Magnotta, who was arrested in Berlin after a manhunt in 2012. A former sex worker and porn personality, Magnotta dismembered a man’s body and mailed it to members of Canadian Parliament and some elementary schools. It wasn’t talked about nearly as much as it should have been at the time, but meth use played a part in the Magnotta’s psychosis. It made him Jeffrey Dahmer on steroids. Meth may have also had a hand in what happened to Matthew Shepard. It may also be at the root of hundreds of murders, disguised as crimes of passion or incidents of panic/hate. It’s a far cry from the innocence of friends “doing a bump up in the club.”

This is not to imply that all meth users end up as Satan-worshiping murderers with a taste for bestiality. But, as is the case with addicts of any kind, once the cork is off the bottle, all bets are off. And this is where some astounding ignorance surfaces. Looking at the reactions to Pintauro’s admission exposes a fundamental lack of understanding about drug and alcohol dependency in our community—especially alarming since we’re a high risk group for those behaviors.

True, it appears he’s got some issues with shame. Or maybe he’s still in the process of coming to terms with what’s happened in his life and how he got himself there. But the heartlessness with which he’s been pelted for making bad decisions is cruel. Meth is everywhere, and we’re all susceptible. It’s an unusual drug, too, in that we see more people with no prior history of addictive behavior getting mired in its quicksand. Which is to say, for those somehow predisposed, it’s an instantaneous hook. And, for those that have managed to extricate themselves from that sharp hook, amateur meth porn is the worst sort of bait imaginable.

How do we stop this? It’s a conversation that must be had, and Pintauro at least tried to get it started. He got caught up in something very powerful and ended up with HIV. It makes sense that he might need to vilify certain behaviors to help him successfully stay away from meth. It’s likely part of his plan to keep sober, part of what he needs to do to save his life. Punish him, if you must, for being a less-than-ideal spokesman. But don’t further beat him up for falling into meth’s death grip or doing whatever he needs to do to keep out of it. He’s the one who has to live with his choices for the rest of his days, including the one to come forward and talk about his experience. Let’s not make him regret that as well.