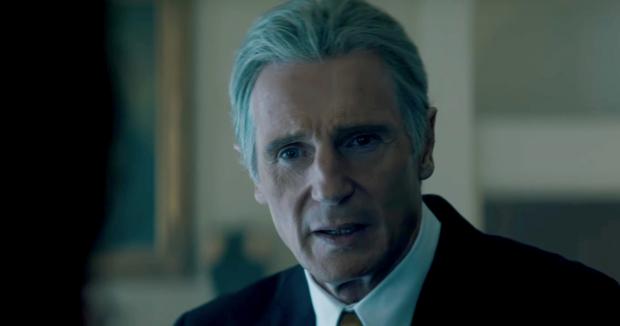 One accomplishment of Peter Landesman’s Mark Felt: The Man Who Brought Down the White House—an indirect and almost certainly unintentional one—is to counter Donald J. Trump’s shrill condemnations of information leaks from the federal government. The movie’s title character engaged in what may be the most consequential leaks in this country’s history. And if he didn’t bring down Richard Nixon’s criminal administration, he certainly made a very important contribution to that result.

Over three decades after the fact, Felt revealed that he had been the very secret informant to Bob Woodward, one-half of the Washington Post team (with Carl Bernstein) that broke major, game-changing stories about the 1972 break-in at the Democratic Party headquarters in the Watergate Hotel and the growing evidence of Nixon administration guilt. Felt was in a nearly unique position to give Woodward tips and guidance: He was associate director of the Federal Bureau of Investigation and in charge of its investigation of the break-in and the president’s attempts at a coverup. Long before his self-disclosure, he was, of course, known as Deep Throat. His activity was so secret that not even Bernstein knew who was helping him and Woodward.

This may sound like a highly charged story ripe for dramatization, and here and there Mark Felt captures some of that. But too often Landesman, who also scripted the film, lets that potential get away as his movie’s pace and narrative become uncertain.

As it opens, J. Edgar Hoover has been running the bureau for a half-century, and opposition to the Vietnam war is intensifying noisily and violently. Felt (Liam Neeson) is called to the White House where Nixon aides imply none too subtly that he’s in line to become bureau director if he plays his cards right—that is, provides them with intel from the bureau’s secret files on political figures.

Felt doesn’t encourage this oblique overture, and when Hoover dies he is passed over in favor of L. Patrick Grey, III (Marton Csokas), a Nixon loyalist. And the Watergate burglary becomes what Nixon calls “a cancer” on his presidency, one he wants the FBI and CIA to remove, by restricting and abandoning their investigations.

Landesman has relied, in part, on a memoir by Felt and much of the movie’s portrait of his conflicted and anguished position must significantly reflect his self-presentation. But Felt has been suspected by some of acting at least as much out of resentment at not becoming bureau director as principled revulsion at Nixon and Grey’s efforts to subvert and suppress the bureau’s investigation. There’s also the awkward fact that Felt was aware of Hover’s dirty tricks and illicit information gathering during the anti-Communist witch-hunting and civil rights era. Landesman lets him off the hook for these, but he does at least briefly concede Felt’s guilt for engaging in illegal searches and other official offenses while chasing the radical Weather Underground in the early 1970s.

Felt makes an ambiguous hero. This doesn’t preclude dramatic interest, but Landesman has tried to process a lot of material, maybe too much. There is also a subplot involving the distress and anxiety of Felt and his wife (Diane Lane) as they try to locate their missing, radicalized daughter whom they haven’t heard from in a year. The picture’s storyline is too choppy and unfocused. The two scenes of Felt and Woodward are very short and undramatic. Adam Kimmel’s grayish, filtered lighting and photography match Neeson’s somber, stiff-necked portrayal. His drawn, pained visage is meant to convey the movie’s idea of his sense of his plight. But Mark Felt never manages to make him feel like a real person nor his role in Watergate quite understandable.