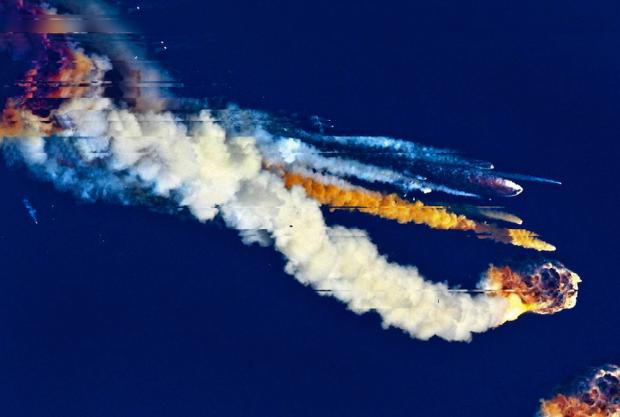 The art of Kambui Olujimi exhibit at the Anderson Gallery states right up front what the work is all about, what the artist is trying to say and do with it. Introductory wall copy avers that in this body of work Olujimi “explores…the interlocking systems of power and invisible hierarchies that impact our daily lives.” Going on to say that the work fosters “open dialogue about how we see and experience the world and each other.” Tall orders both those noble objectives.

A principle motif in the work is time, seemingly as a key element in the interlocking systems and invisible hierarchies. Thus the show title, Zulu Time, shorthand for the universal time system based on Greenwich Mean Time. Evoking the world maritime primacy of the British Empire in its heyday, and thus by extension any imperial system (like the British successor American empire, still hanging on, though soon to be replaced by the Chinese version).

Though to just what extent the time element—what you can see or sense of it in the artwork—contributes to dialogue about how we see and experience the world and each other is a valid question. Sometimes it does, sometimes not so much. It contributes—to a point—in a work in an alcove with mural photos of the spectacular demolition of the Pruitt-Igoe mega public housing project in St. Louis, Missouri, in 1972, covering roughly half the alcove, and night sky deep cosmos photos of clouds of galaxies and millions of individual stars covering the other half, both mural sets interspersed with snapshot and the like photos possibly of the artist himself as a youngster, and friends and family, in similar public housing project circumstances in roughly the Pruitt-Igoe time period. But to promote a dialogue about matters regarding urban architecture and urban environments—the mistakes made 50 years ago, versus the mistakes maybe being made right now—which seems to be the natural crucial topic here—it’s hard to see how framing the dialogue in the context of the cosmos advances the discussion more than diffuses it.

Worse. Hard to see how some of the work promotes discussion at all about crucial matters. Or maybe more to the point, which crucial matters. Some beautiful blown-glass sculptures in roughly hourglass forms—a time reference—with pooled water in the bottom of the glass, around iceberg-reminiscent irregular protrusions or projections from the bottom of the glass. Wall copy talks about how icebergs—based on the “tip of the iceberg” cliché about relative proportions—in the case of icebergs anyway—of what’s visible and what’s invisible underneath—evoke “systems of power whose authority relies on the absence of detectability,” with particular reference to “America’s social, economic, and political landscape.” In a discussion about systems of power, an iceberg may be an apt metaphor. But hard to see how an image of an iceberg logically segues to a discussion of systems of power, or America’s social, economic, and political landscape. (More plausibly the “iceberg” items suggest or promote discussion about global warming, but the wall copy pushes the systems of power topic. Strange. Puzzling.)

Another gallery space becomes a screening room for a video in a dozen or so segments projected over three walls, showing water rushing toward and over the brink of Niagara Falls, alternating running forward and backward. And further alternating with extremely fast forward video of indecipherable subject matter. About time in some sense, but not clear what sense. Maybe some kind of science fiction time, that moves in both directions.

Other works work better, but often with a sense of putting so much weight on a metaphor that the metaphor collapses under the weight. A Huck Finn reminiscent raft laden with Victorian cut-glass chandeliers, “emblems of wealth, class, and privilege.” Said to be suggestive of human bodies on a raft—and so the current refugee crisis—and so issues of xenophobia and intolerance—but also hinting at “the human persistence necessary to overcome societal barriers and generate light from darkness.” A lot of weight on a metaphor.

Other works consist of costume jewelry chains incorporating cut glass gems together with regulation-looking police handcuffs. The chains, festoon-displayed on walls, are said to resemble “labyrinthine networks of commercial trade routes,” but more particularly “transatlantic trading patterns” of the historical American slave trade, with a “gesture toward a much more contemporary capitalistic endeavor, the economics of our criminal justice system.” Another work consists of a row of flags imprinted with imagery of NASA launch failures, as metaphorical for “failures in our national agenda, past and present.” Pretty far-fetched, that one.