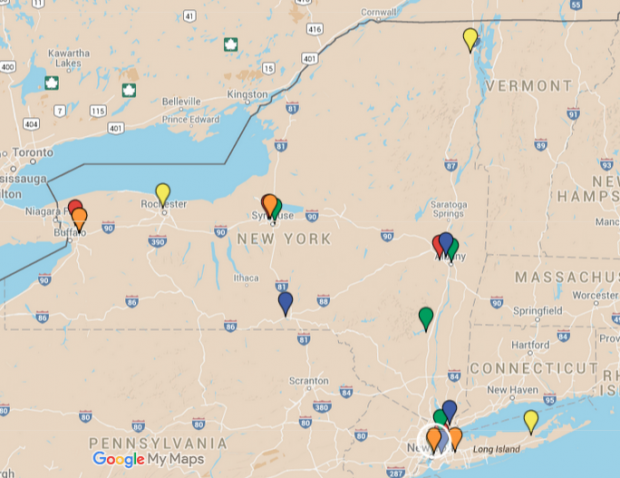 While the state readies itself for the roll out of its medical marijuana program in January, I’ve become increasingly curious about the locations of the 20 dispensaries, particularly after learning that the two dispensaries that will serve Western New York will both be located in the same town—Amherst.

The locations are color coded as follows:

These would seem to be only the first steps in the process to introduce the drug with known benefits to patients who suffer from a host of severe ailments, and most likely does not represent an absolute list. Several groups are advocating with the state for more locations, as requiring a patient in the far northwestern (e.g. Malone, NY) or southwestern (e.g. Jamestown) parts of the state to travel hours by car to receive a potentially life-changing medicine seems especially unreasonable.