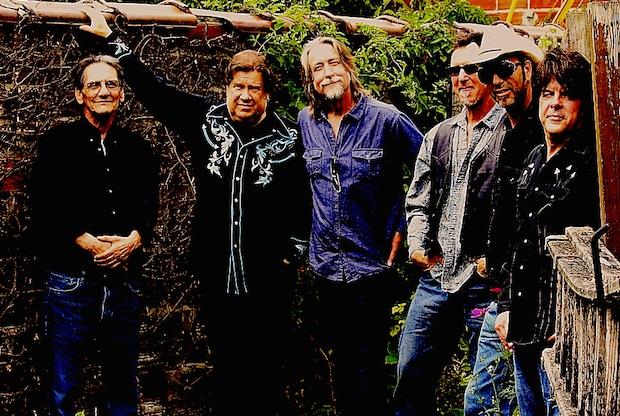 It was sometime in 1992. I worked as a reporter at the Batavia Daily News, and then-staff photographer Dan Cappellazzo suggested I join him to see a new band at a new bar on Chippewa Street, which had recently transitioned from its golden age of topless joints, hookers, and junkies to whatever it is you want to call it these days.

“You’ve got to see these guys,” Cappy said. “Terrific players, super-tight band, and they’re all cut from the same cloth.”

Whatever you want to call that.

I didn’t say anything, but must have rolled my eyes, or something. To me, having grown up in the country, its music was something to be avoided, if not fled. Country, to me, meant the sickly sweet, string-laden Countrypolitan that dominated AM stations and Hee-Haw in the 1970s, or the contemporary country-pop of Garth Brooks or Miley Cyrus’s dad.

“No, no—you’ll like these guys,” Cappy said. “Everybody I’ve taken to see them loves them. You’ll want to see them again.”

More than a quarter-century later, he’s still not wrong.

The Steam Donkeys killed it that night at the now-called-something-else Concrete, filling the big space with a blend of Waylon Jennings, the Rolling Stones, and a bit of surf sound unlike I’d ever heard before.

I couldn’t wait to see them again.

I did so through their residencies at the Rendezvous on Niagara Street and Merlin’s on Elmwood, as well at places like Central Park Grill, Mohawk Place, Nietzche’s, and the Sportsmen’s Tavern. I’ve also been fortunate enough to see them in Dunedin, Florida, and have them play at my annual party out in the country for the last 18 years.

Cappy was also correct about the cut-from-the-same-cloth bit. I got to know the guys over the years, and got to help them with the last few Americanaramas, day-long festivals outside Mohawk Place in the years bracketing the turn of the millennium.

One of my duties at Americanarama was helping run the beer truck. One year, I was working with lead singer/songwriter/singular constant Buck Quigley’s wife, Heather. She was about 13 months pregnant with their daughter-in-waiting, Sophie. This led to an incredibly full tip jar, which Heather generously split with me.

Buck and Heather eloped 23 years ago yesterday. They, like the Steam Donkeys, make it look easy. Which, of course, is incredibly difficult to pull off.

Tonight, Buck and the rest of the Steam Donkeys get their due when they are inducted into the Buffalo Music Hall of Fame.

I’m not going to risk neglecting anyone by offering a comprehensive list of band members, but original guitarist Charlie Quill, bassist John Weber, the multi-talented Doug Moody, and drummer and vocal powerhouse John Brady have been the best friends a guy could hope to have. Dave Kimball, Dan Delano, Joe Mancuso, Jim Whitford, Kyle Brock, Frank Quebral, Jassen Otto, and the late John Dikeman, among many others, have added their talents to a sound that is always deep, diverse, and unlike anything like you ever heard.

If you can’t make it to Cardinal O’Hara (39 O’Hara Road, Tonawanda) for tonight’s induction ceremony, do yourself a favor and catch them at their weekly performance at Nietzsche’s at 6pm. Or at the Sportsmen’s (congratulations to owner Dwane Hall, who is also being inducted tonight), or anyplace else you see they’re going to play.

You’ll want to see them again.