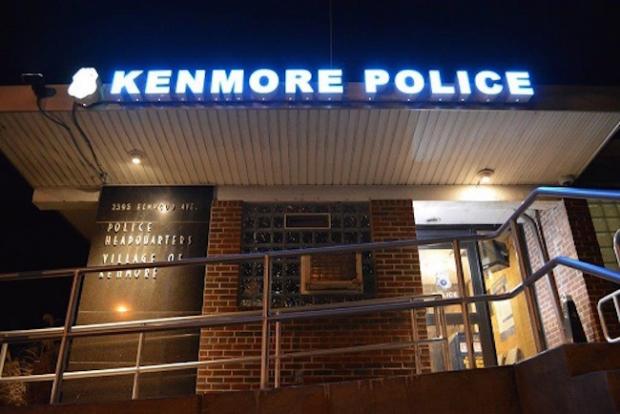 Kenmore Police Chief Peter J. Breitnauer was arrested last Friday on drug charges for stealing pills out of the community lock box inside police headquarters. Follow-up reporting in the Buffalo News paints an empathetic picture, that Breitnauer, 68, followed a well-trodden path into drugs that terrifies in its banality: multiple surgeries—a back, a shoulder, the knees—bookended by chronic pain and doctors willing to prescribe hydrocodone to get him through.

“They’re ruining good and decent people,” his defense attorney Thomas Eoannou said of opioids. “Where are these people supposed to turn?” he asked, laying blame on the medical providers who enabled Breitnauer.

The opioid epidemic and the country’s obsolete war-on-drugs laws claimed another victim. He still gets off lightly in comparison: Breitnauer will lose his career and his reputation for allegedly filching the drugs, but he’ll most likely keep his pension and his ability to retain a top defense lawyer like Eoannou. Many pay with a lot more: years in and out of jails, court rooms and even prisons, and overdoses at a clip of more than one per day in recent years.

In fact, Eoannou aimed to separate his client as a drug user from something worse. “Just because someone takes a pill, it doesn’t make him an addict,” Eoannou said to the consternation of any recovering addict or alcoholic who read the article.

The US Attorney’s office begged to differ, writing in a press release that “Breitnauer admitted that he is addicted to Hydrocodone, a Schedule II controlled substance, and had been taking Hydrocodones from the box for his personal use.

Eoannou’s job is to defend his client, not address the broader social ills of opioid addiction or antiquated and overly punitive drug laws, but it’s still an incredible moment. His guy, the police chief of a village notorious in Western New York for handing out petty speeding tickets, admitted to feeding his addiction by raiding the very the lockbox meant to keep the community safe from such drugs, and now Eoannou’s saying he’s not an addict and it’s the doctors’ fault anyway.

Eoannou’s no fool, he’s trying to reframe the narrative and preserve his client’s honor. There’s no going back when the system itself loses empathy and brands you a criminal.

Breitnauer, as he appeared on the Village of Kenmore website until today.

This all may be sounding an alarm for listeners of the third season of the smash hit podcast Serial. The show is currently in its fourth episode of a season devoted to a cross-sectional and holistic examination of police, courts, and justice in a different post-industrial Great Lakes city with bad sports teams and a prevalence of violent crime and police-citizen homicides: Cleveland.

In the third episode, the show’s lead host Sarah Koenig is speaking with a former prosecutor turned criminal defense and civil rights attorney Paul Cristallo. Koenig explains Cristallo crossed over because he “felt like he was working for the wrong side, and it started to affect his health.”

Courtrooms are necessarily adversarial places. The Constitution can protect citizens against unlawful arrest, and then it can provide legal representation if a defendant cannot pay, demand due process, and a right to impartial jury for those accused of a crime. But it cannot defend against the human element of bias, that feeling that many court officers, judges, police, lawyers caseworkers, and child protection workers have over time: that these people on the other side just aren’t like you and me and whatever happens to them, they inevitably deserve, whether they’re innocent or guilty.

The case Koenig speaks with Paul Cristallo about is a town, like Kenmore is to Buffalo, just on the edge of Cleveland’s city limits. There, police in Euclid allegedly assaulted a man during an arrest for having a marijuana blunt in his pocket in his own apartment building.

“This is what bothered Paul the most when he worked the defense side, he said. The city’s disdain for the plaintiffs. A person would file an excessive force claim, and right away, Paul says, everyone would attack the character of the complainer. Not just publicly—even among themselves, privately.The lawyers, the adjusters, the insurance companies, the police officers, the police chief, the mayor—their attitude was—what kind of loser, what kind of scumbag would sue the police?”

Although the above was said in the direct context of police brutality cases, a similar attitude and behavior of the court towards defendants well documented elsewhere in the podcast is not.

Following last month’s police killing of Rafael “Pito” Rivera on Plymouth Avenue on the West Side, a common refrain defending the police has been, “Well, if Rivera had just listened to police, he wouldn’t have been shot.”

When the video is eventually released showing Rivera running away from police while he was being shot, that same refrain will remain. It may hold truth, but does that mean anyone who doesn’t follow police orders deserves to be shot? It won’t matter that Deputy Commissioner Gramaglia told reporters that Rivera was “continuing his forward motion” when he was shot but didn’t care to clarify that that “forward motion” was in the direction away from officers. It won’t matter that Rivera may have been trying to discard the weapon by dropping it into a storm drain seconds before he was shot. It won’t matter that when other officers arrive on scene, none have their weapons drawn, signifying that the only officer who felt Rivera was a threat was the two-year veteran who shot and killed him.

The only thing that will matter is that Rivera won’t be able to escape being ascribed criminality. He’s hanging out at 3am on the West Side with an apparent weapon not listening to police. “He’s not like you or me.”

Eoannou will see to it that Breitnauer will never be that same “scumbag” for being a man abusing his position of trust to commit crimes. He’s worked hard, made some mistakes and got caught in an addiction. “It could happen to anyone.”

Breitnauer still enjoys the enviable position of being a cop with 34 years of service to his community. And it worked. On Wednesday, WIVB’s Jenn Schanz reported that Breitnauer was released on his own recognizance, and allowed to keep his passport to make a pre-planned trip to Germany, and ordered to not “drink excessively.”

WIVB’s Ali Ingersoll retweeted Schanz’s story, with a postscript on the state of cash bail in Erie County: “Meanwhile in Buffalo, 64% of people who are facing misdemeanor and low-level felony charges remain in jail solely due to the fact they cannot afford to pay bail.”

Meanwhile in Buffalo, 64% of people who are facing misdemeanor and low-level felony charges remain in jail solely due to the fact they cannot afford to pay bail. https://t.co/YmY7nn6Smr

No bail and an order that permits moderate drinking for a guy who has allegedly admitted to having an addiction so severe he’s stealing pills from a heavily surveilled police station?

In July 2016, Buffalo man Arthur Jordan was arrested on weapons and other charges related to a threat against police he posted on Facebook as the Alton Sterling and Philando Castile videos were being shared widely. After the Dallas shooting of several police officers, Buffalo Police that knew Jordan and described their interactions in subsequent court hearings as “respectful” and “cordial” took it upon themselves to hunt him down and bring him into to the FBI who was interested in questioning him about the Facebook statement.

The subsequent arrest was ruled unlawful by a federal judge, but there were state charges and federal charges that stuck, and Jordan just returned home this week after nearly two and half years away from his father, mother, and two sons.

Jordan was represented ably and well by federal public defenders, but no defense attorney can overcome the manner in which young men of color are ascribed criminality. If Jordan had broken into a drug lockbox in a police station, for example, there’s no way he would be released without bail let alone be allowed to go on a vacation out of the country and knock back a few beers.

The questions the Breitnauer case and Serial podcast pose for residents and elected officials in cities like Cleveland and Buffalo and states like Ohio and New York remains: how can this system be considered anything close to good enough? How can a system with so much baked-in economic and racial advantage be allowed to continue?