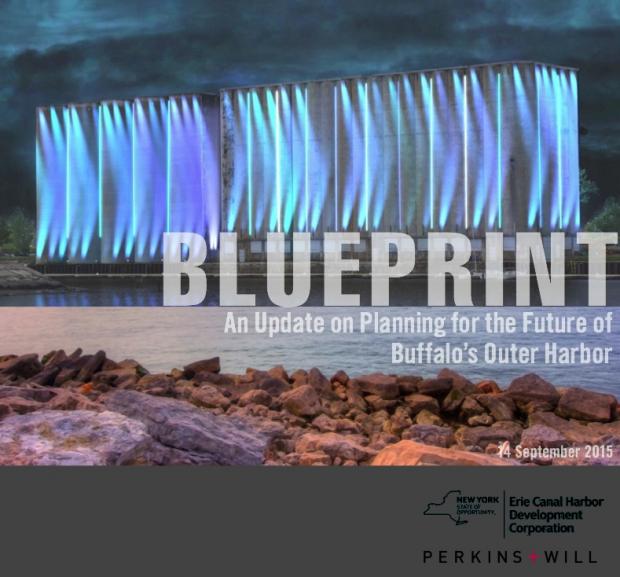 The October 2, 2015 editorial in the Buffalo News is an eye-opener. In the not-too-distant past, our region’s largest newspaper characterized the now-defunct Bass Pro big-box project as “the key” to turning Buffalo’s waterfront “into a destination for visitors and tourists alike.”  It even expressed admiration for the “fortitude” shown by the Erie Canal Harbor Development Corporation (ECHDC) leaders in striving for nearly a decade to bring Bass Pro to Canalside.

In what is hopefully a genuine reversal in position, the recent Buffalo News opinion piece recognizes “a need for caution” when considering the latest plans for Canalside—which include not only a children’s museum, historic carousel, shops, and restaurants, but also office space and residences. Fear of an incremental loss of open space at Canalside appears to have been fueled by comments made by Sam Hoyt (ECHDC board member and ally of Governor Andrew Cuomo) that Canalside has “some of the most valuable, developable property” in upstate New York, and by Brendan R. Mehaffy (head of Mayor Byron Brown’s Office of Strategic Planning) that, “Canalside is nowhere near its potential.”

In response, the publication’s editorial team acknowledges that “part of the attraction of Canalside is its expanse of urban green space, hard against the lake,” and reminds the problematic Mr. Hoyt that the use of real estate highly coveted by developers, such as Canalside, as a park may well be “its higher purpose.”

While these statements by the Buffalo News are a welcome change in attitude, skepticism and extreme vigilance, not mere caution, are required when assessing the short-term and long-term plans recently made public for both the Inner Harbor’s Canalside district and the Outer Harbor. If there is to be any real chance of avoiding an ever-increasing encroachment by commercial development, proponents of a waterfront where open space and parkland are the first priority must recognize the true nature of such a threat as reflected in the following facts:

First, the ECHDC’s heritage and genetic makeup is pro-development, not pro-parkland. Searching for ways to turn real property and natural resources into private development and profits is an inclination and preference that runs deep in its bones. As expressed in its “Erie Canal Harbor” brochure, ECHDC is a subsidiary of Empire State Development, “the states chief economic development agency.”

Second, from its earliest days, as demonstrated in a 2007 “Pre-Development Agreement” crafted by ECHDC leaders and representatives of the Benderson development companies, an extremely cozy relationship has existed between leaders of the harbor development corporation and their anointed developers. For example, the Bass Pro-era pre-development agreement envisioned Benderson developing the Donovan block, Webster block, Aud block, and “certain Historic Block Improvements.” ECHDC was to fund the entire cost for three parking ramps to service the Benderson improvements, and “acquire title to all parcels required for the Benderson Improvements.” Once acquired, ECHDC was to “deed such parcels to Benderson, for ten dollars.”

Third, substantial legal questions were raised in 2010 (and were left unanswered) regarding the propriety of the $105 million grant from the New York Power Authority to ECHDC which remains the major source of funding for Canalside. The “Industrial Incentive Award” buttressing inner harbor development was intended for “a business in serious, long-term distress,” and not retail stores, office space, or residences. And, raising significant conflict-of-interests concerns, the decisive vote approving the $105 million transfer of NYPA funds to Canalside was made by a member of a NYPA-controlled allocation board who was also a high-ranking official with ECHDC’s parent agency, Empire State Development.

(Note: A detailed description of the legal claims and factual background asserted in a 2010 lawsuit that I brought on behalf of six Buffalonians—to challenge the use of public friends to lure Bass Pro to the Buffalo waterfront—entitled Goldman, et al. v. Bass Pro Outdoor World, L.L.C., et al., NYS Supreme Court, Erie Co., Index No. 7723/2010, is set forth in the Verified Petition/Complaint.)

Fourth, despite its well-publicized embrace of a “lighter, quicker, cheaper” approach to Canalside development, the leadership of ECHDC did not hesitate to support construction of the massive HarborCenter project at the edge of Canalside. The publicly subsidized development, with its towering 205-room hotel, 850-space parking ramp, pair of NHL-sized hockey rinks, bars, and restaurants, was approved by ECHDC without first requiring preparation of an environmental impact statement. Had the mandates of the State Environmental Quality Review Act (SEQRA) been followed, an EIS would have provided an opportunity to objectively explore alternatives and mitigation measures—and simultaneously provide the public with a mechanism for direct input—with the goal of limiting adverse impacts on Canalside’s pre-existing L-Q-C activities.

Fifth, Mayor Byron Brown’s “Buffalo Green Code” team demonstrated its allegiance to political expediency, rather than enhancement of Buffalo’s waterfront, in the spring of 2014. Plans were announced to realign historic Erie Street to reopen vistas from downtown to the Erie Basin Marina area. However, weeks earlier, without any public acknowledgement, the Brown administration modified the draft Green Code to allow Carl Paladino’s Ellicott Development Company the right to construct a 14-story tower on land located precisely where it will obstruct the view from a realigned Erie Street to the waterfront.

Sixth, far away from the public’s eye, ECHDC and city officials have incorporated Outer Harbor development into the Buffalo Green Code planning process. Despite claims of transparency, the ECHDC’s updated “blueprint” is the product of behind-closed-doors negotiations during an 11-month period when the public was excluded from any direct involvement in the planning process. Nonetheless, the ECHDC leadership seeks to legitimize its vision by referencing the “transparent City Green Code process.”

In the very near future, we will all have an opportunity to exercise vigilance concerning future plans for Canalside and the Outer Harbor. Mayor Brown’s Office of Strategic Planning now says that it will deliver the final version of the proposed Buffalo Green Code to members of the City’s Common Council (the ultimate decision-makers) on or about October 22.

With careful scrutiny, we will hopefully uncover what the powers-that-be propose for Buffalo’s waterfront. In reviewing what will be a massive document, we must pay close attention to the types of commercial and non-parkland activities the ECHDC and Mayor Brown envision for so-called “open space” areas and adjoining parcels. And, we must be especially suspicious of any discretionary authority the ECHDC and/or Office of Strategic Planning retain for unspecified future development.

This guest GreenWatch column is by attorney Art Giacalone, who regularly weighs in on legal issues on his blog, With All Due Respect.