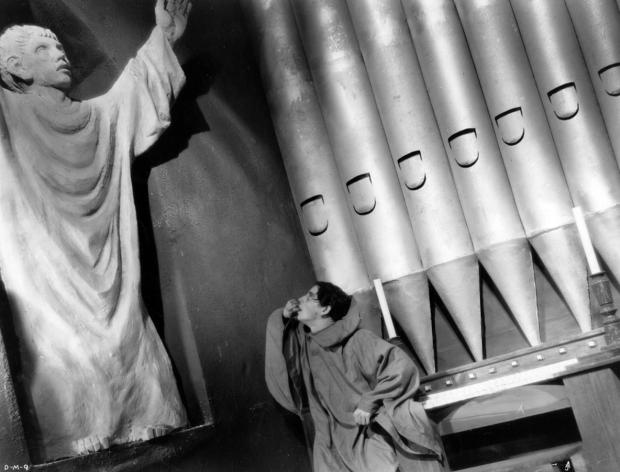 Restored by Martin Scorsese, the 1934 film Dos Monjes will screen on Thursday at 7:45 pm as part of the riverrun Global Film Series at the Burchfield Penney.
by
M. Faust
/ Oct. 9, 2018 9pm EST

I have long felt (and forgive me if you’ve heard me drone on about this before) that if you don’t have the time and resources to travel, the best way to get some insight into people from other parts of the world is to watch their movies. Sadly, films from other countries don’t get much theatrical exposure anymore, which is what makes a program like riverrun’s annual Global Film Series so invaluable.

What began as a popular yearly showcase of Irish films has evolved into a multimedia program offering an intensive look, primarily through cinema, of a single country. After exploring Iran and Cuba in its first two years, GFS 2018 sets its sights on Mexico, with a concentration on the themes of borders and immigration. The three days of screenings at the Burchfield Penney Art Center will be augmented by commentators, lectures, musical performances, craft demonstrations, special programs for kids, and (of course) food.

There’s a charge for the food, but all the rest is free.

The reality of life for children in rural Mexico is the subject of Thursday’s opening film, Los Herederos (The Inheritors, Eugenio Polgovsky, 2008). The 4pm screening will be introduced by Meg Knowles of the Television and Film Arts Department at Buff State.

At 6:30 pm, GFS’s keynote lecture will be presented by Ignacio M. Sanchez Prado, professor of Spanish and Latin American studies at Washington University in St. Louis and the author of Screening Neoliberalism: Transforming Mexican Cinema, 1988-2012. His talk will focus on contemporary Mexican cinema as a bi-national endeavor that includes telling migration stories, the migration of Mexican filmmakers to the United States, and the way in which Mexican cinema builds transnational audiences.

Martin Scorsese’s World Cinema Foundation supervised the restoration of Thursday’s closing film, Dos Monjes (Two Monks, Juan Bustillo Oro, 1934), It’s not hard to see what drew Scorsese the student of cinema history to this movie about monks, one time rivals for the same woman, whose plot prefigures Rashomon but whose visual style is pure German expressionism via Mexican gothic. Margarita Vargas of UB’s Romance Languages and Literatures department will introduce this rare classic at 7:45pm.

Of course, you couldn’t have a program of Mexican cinema without some attention to Luis Buñuel, who was born in Spain but did his greatest work in his adopted country. On Friday at 2pm, the hour-long documentary A Mexican Buñuel (Emilio Maillé, 1995) will be followed by one of the surrealist master’s shortest but most accessible works, Simón del desierto (Simon of the Desert, 1965). Introduced by Elizabeth Scarlett, Romance Languages and Literatures, UB.

Anyone who doesn’t understand why people from south of the border will risk their lives to get into the US needs to see the documentary La Libertad Del Diablo (The Devil’s Freedom, Everardo González, 2017). The investigation of the violence that suffuses so many parts of Mexico features interviews not only with the victims but with the perpetrators, speaking from under masks. Ignacio M. Sanchez Prado will host the screening at 4 pm.

If you need a break after those grim revelations, you’ll welcome happy hour (or hour and a half, from 5:30 to 7 pm) with a cash bar and music by La Marimba. Party while the kids enjoy an arts and crafts workshop with Casa De Arte’s Mara Odette Guerrero, who will use the Disney movie Coco as an introduction to the Mexican day of the dead festivities. Or let them discover more about Mexican traditions with readings by Rebekah White and Daniel Perlino from the UB English Dept. Both programs begin at 5:30 pm.