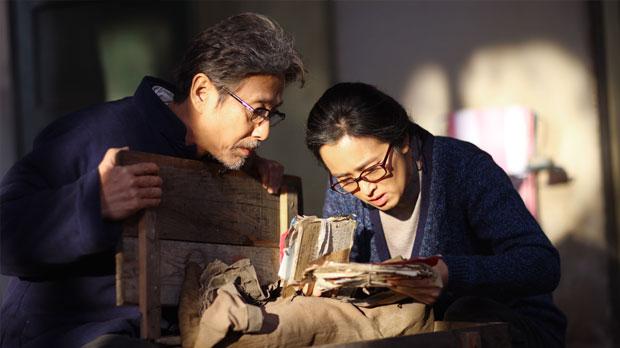 One of the first Chinese filmmakers to make an international career for himself, Zhang Yimou initially caught the eyes of the world with films that married a rapturously colorful visual sense to stories that seemed repurposed from classic Hollywood: Ju Dou, Raise the Red Lantern, Shanghai Triad, To Live. His regular star Gong Li became equally well known, the kind of movie queen the world hadn’t seen in decades.

Zhang had a second wave of popularity in the early 2000s with a trio of martial arts costume epics, including the hugely successful Hero and followed by House of Flying Daggers and the almost ludicrously gaudy Curse of the Golden Flower.

Interwoven with these international successes have been smaller films that often didn’t travel outside of China. Although it also pays tribute to Hollywood classicism, Coming Home isn’t one of his splashy epics. Its tragic plot is as subdued as its visual palette.

The story takes place after the end of Mao’s “Cultural Revolution,” which brought misery to China for two decades. Lu Yanshi (Chen Daoming), a university instructor who was imprisoned for his non-revolutionary attitudes, is finally released. He anticipates a reunion with his now-adult daughter Dan Dan (Huiwen Zhang) and his wife Feng (Gong Li). But happiness isn’t so easily recaptured. Although Feng has cherished his memory for many years, she has recently begun to suffer from what the local doctor calls psychogenic amnesia. While she remembers Lu and lives for his return, she doesn’t recognize him when she sees him.

Had this been made in Hollywood in the 1950s, it would have been a story about a World War II veteran and would have starred Rock Hudson and Barbara Stanwyck. But to say that it would have been directed by Douglas Sirk gives the wrong idea: Aadapted from a novel, Coming Home is marked by a mood of resignation and sadness rather than melodrama. The characters seem too weary of their troubles to hold anger against the situation that ruined their lives. (Dan Dan was a promising dancer as a teen: I presume that actress Huiwen Zhang is a professional—you don’t do kicks like these unless you’ve been practicing since you’ve been able to walk.) It may be too restrained for audiences who enjoy a three-hankie weepie, though the emotions it evokes it earns.  It opens Friday at the Eastern Hills Cinema.

The Yes Men Are Revolting is probably the best of the three Yes Men documentaries, and that’s saying something. Performance artists/pranksters Mike Bonnano (a former UB student and Squeaky Wheel intern) and Andy Bichlbaum (not their real names) have made it their job (aided by people who mostly and perhaps wisely remain offscreen), in their own words, to “pass ourselves off as representatives of big corporations we don’t like, make fake websites and wait for people to contact us.”

In their most famous stunt, during the 20th anniversary of the Bhopal disaster, which immediately killed nearly 4,000 people and may have contributed over the years to the deaths of as many as 35,000 others, they appeared on the BBC as representatives of Dow Chemical to announce that Dow (which had recently purchased Union Carbide) had decided to pay $14 billion in restitution.

Of course, Dow Chemical had promised no such thing. They and Union Carbide before them have for years steadfastly resisted taking blame for the accident. People have short memories, after all.

The hoax was discovered within a day, though not before Dow’s stock price plummeted. (Helping people is not good for the bottom line, but we already know that.) Wisely, Dow did not press charges, presumably recognizing that to do so would only result in more publicity for an issue they have been hoping people will forget.

Their first movie to delve into their personal lives, The Yes Men Are Revolting finds them scrambling to reconcile their activism with the demands of families and careers. Its work that will always need to be done, using humor to bring attention to underreported issues that are not remotely funny. (Video footage of Canadian forests after the tar sands oil extractors have finished with them is an image you won’t soon forget.) It is scheduled for only one local screening, at Hallwalls next Tuesday at 7pm: Please do not think that I am resorting to a banal cliché when I say that you do not want to miss it.