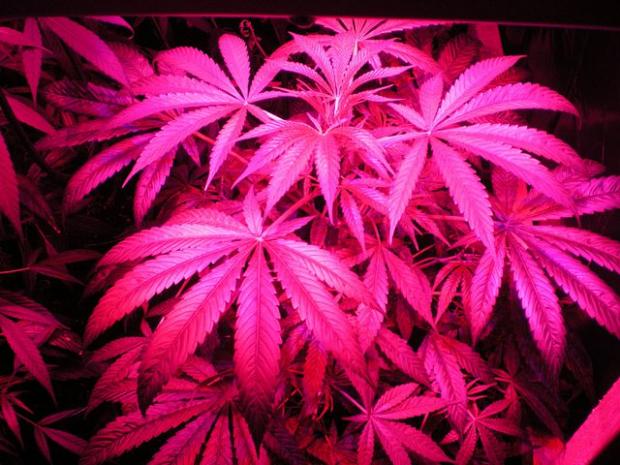 For those who are anxiously awaiting a life-changing medicine, something smells funny with the state’s attempted roll-out of its medical marijuana (MMJ) program scheduled for January 2016. With the deadline three months away, advocates worry that the five companies who won state approval in July have not begun growing the plant. Add to that, the ongoing concerns of the program’s ill-conceived dispensary location plan and its very narrow application limited only ten diagnoses.

Last week, the Buffalo Marijuana Movement scored a victory in their months-long activism in City Hall as the Common Council passed a resolution urging the state to consider adding dispensaries expediting the process so there are no delays. “With more than fifty six thousand square miles in New York State, we only have twenty dispensaries available,” the resolution reads. “This means that many patients and/or their caregivers may have to travel several hours to access the supply. City of Buffalo residents that rely on public transportation will find accessibility quite challenging.”

Two applicants that won the MMJ derby have plans for Western New York: Bloomfield Industries owns a lease at 52 South Union Road in Williamsville, while PharmaCannis has designs on 25 Northpointe Parkway in northern Amherst.  MMJ patients among the roughly 1.3 million people of the eight counties of Western New York who don’t live in Amherst will all have to travel to the one town in the region that will host both the local dispensaries. Using public transportation, the South Union Road location will be a 45-minute trip from downtown Buffalo, whereas the Northpointe location is a 75-minute haul.

Other parts of the state will have similar issues; incredibly, no dispensaries are slated to open in Brooklyn or Staten Island.

When reached by phone and asked if they were growing marijuana yet, Bloomfield’s chief operating officer, Collette Bellefleur, answered simply that they were “on target” for an early January opening. Bellefleur added that in order to be in compliance with state guidelines, they are shooting to open in the first week of January.

Later, in a prepared statement, she added, “Our Erie County Patient Resource Center will be up and running on time and will allow us to deliver compassionate care in a secure and aesthetically pleasing facility. We are committed to earning a place as a good neighbor to the residents of Western New York and a trusted leader in New York’s health care community.”

PharmaCannis has not yet responded to attempts for contact.

Marijuana takes about three months to grow to full term, and the state is requiring an extra step in the conversion of the drug into pill form. This means that patients and their caregivers may have to wait that much longer to access treatment.

Speaking out on the issue and anxiously monitoring the state’s progress very closely is the pharmacy director of a local hospital, Daniel Ryszka. Ryszka has two children with epilepsy, one who suffered a grand mal seizure the morning he spoke by phone with The Public. Both of his affected children “seize daily” and have used combinations of 25 conventional drugs with little relief. “The side effects are horrible,” he explained, “it slows their brain down.”

Ryszka stated he has been studying marijuana’s effect on epilepsy for three years and while “there’s no guarantee it will work,” it remains “a viable option when you have conventional medicine that doesn’t work.” And the side effects of marijuana are far gentler than what he’s seen his children suffer through.

He and his family are anxious to begin treatment and offer his children the chance of a better life. “State’s shouldn’t dictate medical care, let the medical folks determine that,” he says.

Advocates in New York City are also pushing the city council to allow a Compassionate Care Act [the New York bill that established the program] carve out. Last month, the Village Voice reported that, “the group’s proposed legislation establishes a “medical marihuana users’ bill of rights” and asks the City Council to support the creation of a “users cooperative.”

The list of 10 ailments that qualify for a prescription leave out post-traumatic stress, glaucoma, and Alzheimer’s and make it one of the most narrow medical cannabis laws in the country. People who have a need for the drug in many cases will be tempted to acquire the old-fashioned way, which will remain a criminal violation or offense.

Many are placing hope in the power given to the commissioner of the state’s Department of Health, which, according to the Compassionate Care Act, has the sole power both to grant additional dispensaries and to add to the list of eligible infirmities. Serving of course at the pleasure of the governor, the commissioner, Dr. Howard Zucker, may very soon be thrust into the spotlight as the political gatekeeper of what people like Daniel Ryszka clearly see as a quality of life medical issue.