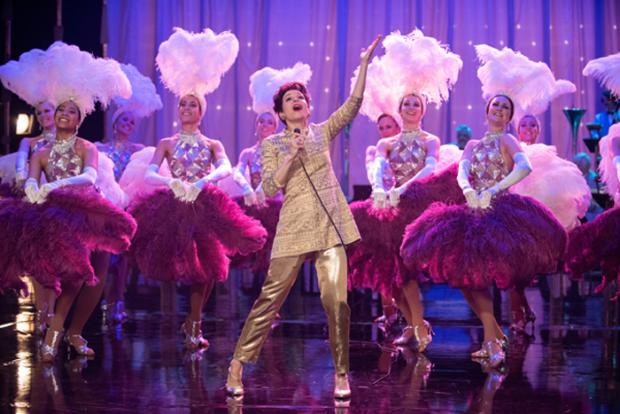 It’s no secret that the cult of Judy Garland fans were drawn to her suffering as much as to her abilities as a performer. That seems to be the intended audience for Judy, now playing at the Dipson Amherst and Eastern Hills Mall theaters, which recreates her abilities as a stage artist but mostly focuses on the sad state of her life in the months prior to her presumably accidental death in 1969 from an overdose of barbiturates.

Garland is played by Renée Zellweger, which turns out to be a canny bit of casting: if there’s one thing that Zellweger is good at, it’s looking pathetic. That’s not to say that she doesn’t give a credible impression of Garland as a singer and live performer, no mean feat (and one all but guaranteed to net her an Oscar nomination). But Judy is more concerned with the star’s tragedies than her triumphs.

Judy takes place in the last year of Garland’s life as she struggles her way through a five-week booking at a London nightclub. Flashbacks to her early Hollywood days show studio handlers teaching the teenaged Judy that if she wanted to be a star she needed to learn to live without such creature comforts as food, sex and sleep (and supplying her with pills to quell all of those hungers), As movie musicals fell out of box office favor Garland found a new career on the live stage in the 1960s. But by the end of the decade financial problems had left her effectively homeless and on the verge of losing custody of her two youngest children, who she had to leave with their father in Los Angeles to take the lucrative London booking.

Adapted from the play End of the Rainbow, Judy is a British production, the latest in a line of celebrity biopics from that country. Bohemian Rhapsody and Rocketman readily come to mind, but the one Judy most resembles is Stan & Ollie, which looked at a pair of similarly faded Hollywood icons as they tried to revive their career on the London stage. The difference is that that film depicted Laurel and Hardy as still eager to connect with their audience, while Zellweger’s Garland seems to be going through the motions, unwilling to rehearse and running through her performances on autopilot. Her considerable talent still comes through, but fans are likely to be saddened by the way that she seems estranged from her own art.

If you want to bemoan Garland’s tragic decline, Judy is the film for you. But if you’re not a fan and want to experience what it was about her that touched so many people, this probably isn’t the place to start.