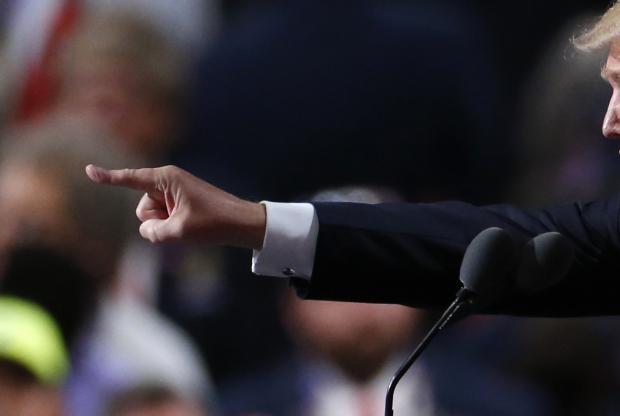 In about six weeks this country will elect a new President. The stakes could not be higher. While the endless discussion in the print and electronic media seems to have said all that can be said about the two major candidates, the concrete impact of a Trump victory must be emphasized. This is no ordinary election, and we are not living in ordinary times. We have Trump the individual but we also have  his ugly ideology; Trumpism and it must be understood as a true threat to democracy and economic justice throughout the world.

Consider these features: Trumpism is profoundly racist and xenophobic. Trump bases his analysis of national and world events solely within the prism of  ethnicity or race. His call to make “America Great Again” is a dog whistle to every bigot. It says that our society should revert to segregation and the philosophy of a lynch mob. He blames all economic problems on foreign-born workers or on other countries, as if the 1 percent in this country has been an innocent bystander in an “unfair” trade game. He has tried to “prove” that the first African-American President is illegitimate. For all of this and plenty more, Trump has earned the support of the openly racist and fascist elements of the population, including the former Grand Wizard of the KKK.

Trumpism is completely misogynist. Like a spoiled fraternity member on a drunken binge, Trump routinely denigrates women based solely on his definition of what is desirable or attractive. He has a record of discussing body types, normal human biological functions and levels of energy from the perspective of his own subjective criteria. It is hard to imagine a more depraved lunacy.

Trumpism is anti-scientific. He denies the science of global warming. He refuses to affirm evolution. He makes jumps to conclusions about all manner of issues, including the potential of nuclear war as if he received most of his thinking from the pages of the National Enquirer.

Trumpism is antithetical to the interests of the working class. For his entire career, Trump has screwed building contactors, used bankruptcy to help himself to millions while ordinary investors are left holding an empty bag, and he regularly speaks for “right to work” and against raising the minimum wage. He refuses to make his tax returns public while praising his various off shore business deals.

Trumpism is anti-democratic. He wants to run the government in the same way that he runs his various businesses, like a dictator. His lack of understanding of basic constitutional principles is breathtaking.

There is more, in fact so much more that someday people will be writing long books on Trumpism and it’s head practitioner, Donald Trump.

We have a more fundamental problem and in six weeks we will have to make a decision about the future of our country and in no small measure, the world. The real question is a practical one, “for whom will you vote”, and how hard will you work to insure Trump is kept out of the White House? This is an exercise in problem-solving, and in fact, politics in its essence is always such an undertaking. Are we going to keep a crypto fascist from winning the presidency and with it the power to move this country closer to starting a world war, re-imposing Reagan style “trickle down” economics and pushing the Supreme Court to the far, far right for decades to come?

To stop his election, all illusions must be cast away. We must wholeheartedly and without hesitation commit to the only available path open and work to elect Hillary Clinton. Until November 8th, there is no other path. One cannot sit on the sidelines and posture that “she isn’t good enough” or any other such pie in the sky declarations.

The time for courage has arrived. Will we work together in the immediate situation to stop the slide towards fascism or will we maintain a “pure ideology” and allow others to make such a momentous decision?

Our labor movement is clear on this. We will fan out across this country and work tirelessly for an outcome, which supports democracy and a path to a better economic and social life for the overwhelming majority of the people of this country. Join us!

Richard Lipsitz is president of the WNYALF, AFL-CIO.