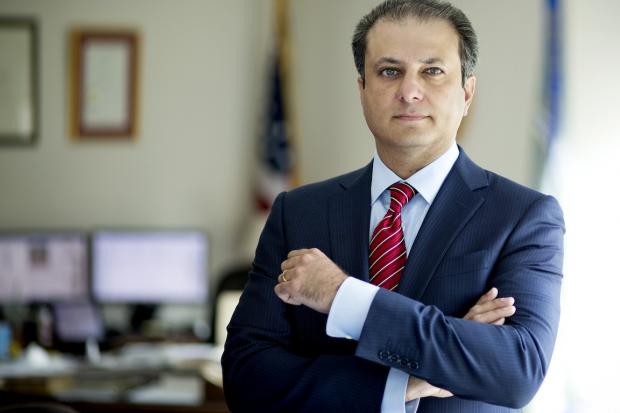 The price of doing business in Buffalo just went down, thus giving the Rust Belt’s favorite renaissance story a very big boost. Because of the indictments handed down last Thursday, every new competition for public money will be cleaner, and will be waged with sharper pencils between those whose credentials will no longer include pledges of huge campaign contributions, or hefty consulting deals for former political staffers, or expensive jobs for the governor’s ex-staffer’s spouse. The rulebook for what not to do is spelled out in the email trail left by Buffalo-based developer Lou Ciminelli and two of his top executives, who left evidence we can all read of their knowing, personal involvement in rigging bids for Andrew Cuomo’s Buffalo Billion.

Governor Andrew Cuomo was emphatically not indicted by either New York Attorney General Eric Schneiderman nor by US Attorney Preet Bharara, the prosecutors whom The Public’s Alan Bedenko refers to as today’s new Untouchables. Indeed, Cuomo visited Buffalo to proclaim that the Buffalo Billion program—the transformative public investment to kick-start a new industrial economy in this iconic Rust Belt town—will proceed as surely as the wheels of justice will grind.

Like Eliot Spitzer before him, Cuomo set out to achieve the improbable—to leverage private investment in a place that long since ceased to be one of America’s foremost centers of innovation in aerospace and medical research, one of its greatest centers of international trade and steel-making, indeed, once, long ago, even the City of Light when it became the first big place to electrify, thanks to the original Nikola Tesla.

It’s Cuomo who is bringing the new Tesla to town in the person of Elon Musk and his Solar City. The new guy in charge of the project is the Dollar-a-Year-Man, Howard Zemsky. The first people hired as Dollar-a-Year men were corporate executives brought in by President Woodrow Wilson to help organize the American response to the First World War; only after Wilson appointed the brilliant Bernard Baruch did this operation work properly. The first crop were inside-dealers; Baruch ended all that. Zemsky, like Baruch before him, is incorruptible, rich, keen to succeed where others stumble, a capitalist by instinct who nevertheless recognizes that without public-sector investments—in the Darwin Martin House restoration that Zemsky helped lead, in the expansion of the Albright-Knox-Gundlach gallery, whose board Zemsky’s wife Leslie chaired, and in the Solar City Riverbend site, which New York owns—the projects simply would not happen.

Buffalo and Western New York need these projects to happen. Though the latest numbers from the federal Bureau of Economic Analysis show that Buffalo’s diverse and resilient economy continues its modest Obama recovery expansion, Buffalo is as subject to the slow-to-no-growth “secular stagnation” that economists as diverse as Larry Summers, Kent Klitgaard, and Bob Gordon all warn may inevitably come upon us. But long before this new phrase became current among faraway elites, hometown desperation for economic rescue became a political force—reinforced by persistently negative realities.

Gordon calls them “headwinds,” but the folks here like to pretend they don’t exist. The regional population is down since 2000 and is actually below what it was in 1970, but the local discourse is that Buffalo area is growing. Half of the region’s African-American men aged 18-64 are out of the workforce, but except for the Buffalo State College Center for Economic and Policy Studies (directed by this columnist) and the UB Architecture and Planning school’s Henry Taylor, no official voices here mutter a word. Other realities: In recovering from the 2008 Financial Crisis, most of the new jobs pay less than $10 an hour. Almost 70 percent of taxpayers report less than $30,000 in annual income, and the median household income in Western New York counties is anywhere from about $8,000 to $16,000 less than the statewide median. Housing prices in a few Census Tracts are up smartly, but with the population stagnating and aging out, oversupply looms even as suburban sprawl marches every farther outward from the spiffed-up, photogenic Buffalo waterfront party center.

Elected officials and civic boosters neither use nor crave attention to those bullet points, which is why every Buffalo-area elected official who gladly accepted campaign contributions from the now-indicted Ciminelli is fervently praying that Andrew Cuomo’s $750 million gamble on Elon Musk pays, and soon.

But soon is almost here.

Starting in 2017, Buffalo will actually see new jobs, a new industry cluster, a new support for the “ecosystem” of engineers, manufacturers, and will also see a follow-on wave of entrepreneurs who will take advantage of Buffalo getting a piece of the fastest-growing energy/industry shift since John D. Rockefeller and his friends started pumping oil out of northern Pennsylvania, which is just 80 miles away.

Speaking of Pennsylvania, which Buffalo developer and former GOP gubernatorial candidate Carl Paladino relentlessly adduces as an economic success, Cuomo followed the science rather than the Paladino clamor when it came to investing in hydrocarbon production via hydraulic fracturing, or “fracking,” a very dirty business that has a very short-horizon payoff for investors with good timing, but which has resulted in a historic glut of natural gas, sharply spiking methane greenhouse gas emissions, and sharply spiking complaints of tainted water wherever gas is produced. Buffalo’s new irony: The new owner of the Buffalo Bills NFL and Buffalo Sabres NHL franchises is the Pegula family, which made its billions trading leases for frackable Pennsylvania land, and cashed in before the franking bust. Cuomo’s regulators prevented the house-of-cards hydrofracking boom that might have given Buffalo a brief taste of what has now gone sour in Pennsylvania, and spectacularly sour in North Dakota, instead focusing on the technology-focused development that Alain Kaloyeros, late of the SUNY Polytechnic Center, successfully engineered in Albany with the nanotech campus, and also engineered with the LPCiminelli-built Riverbend campus for Solar City.

New Yorkers are not new to the pledge that state intervention will be transformative, but the entry of Musk and Solar City, of the LED factory, and potentially of the related firms—plus the new IBM works that have been completely eclipsed by the scandal story—together constitute the closest Buffalo has seen to a technological paradigm change since 2006, when the eight (now 14) new-tech wind-turbine power generators of the Steel Winds project went on line. Actually making solar-power-generating equipment, rather than just installing what’s shipped in, will be a very radical change for this region.

That’s what Cuomo tasked his staff to do. They did it, screwing themselves and their friends along the way because even as they’d been tasked to bring in the new, they were stuck in the manners and mentality of old.

(Aside: The wonder is that Ciminelli ever bothered to communicate with Kaloyeros, Percoco, and Howe. LPCiminelli is by far the largest and most experienced Upstate New York builder of high-tech worksites and research spaces. Had a New York City construction/development firm been selected, LPCiminelli could have pitched it to be the regional partner, but no firm based faraway was ever going to get this job. So if your team has the strongest offense, the best kicker, and is 100 and 0 in this particular playing field, why buy the ref, too?)

Blame the culture, which may, because of Bharara’s indictments, be about to change.

Buffalo’s insider-dealing, RFQ-bending ways have long been characteristic of the bipartisan political economy here. Louis Ciminelli was a major donor to Republican Governor George Pataki, who appointed him to the head of the New York Power Commission. Younger brother Paul Ciminelli, who heads Ciminelli Development Corporation, was a major fundraiser for both Eliot Spitzer and for Andrew Cuomo, and was an appointee to the Empire State Development Corporation board, serving even while Ciminelli firms did business with New York State.

The window has opened. Howard Zemsky, the latter-day Bernard Baruch, is now in the house. But so are the entrepreneurs.

A bare $5 million was carved out of the Buffalo Billion for a business-plan competition that has been resoundingly successful in raising the spirits of innovators here, and raising the hopes of Buffalo citizens who are depressed about the same old insiders getting the same old make-work projects. Everybody wants out from under the old deal, except, of course, the subsidy profiteers of old.

Luckily, the 43 North competition, now in its third year, is birthing a new sense of possibility. It’s modeled on the wildly successful competition that Pittsburgh used to leverage its own transformation from permanent Rust Belt depression zone to an international knowledge and best-practice center for IT entrepreneurs.

The best hope for Cuomo, of course, is that despite his allies’ allegedly dirty hands, the Cuomo project of economic engineering succeeds.

But stay tuned. As one reads the email threads, it becomes clear that the former LPCiminelli executive, whom Ciminelli hired from the Buffalo Niagara Partnership (the local chamber of commerce), was completely guileless in editing the bid specs, as was his boss. It seems as if they had no idea that there was any problem breaking federal and state law on how bidders can and cannot communicate with the people who put public projects out to bid. Looking at the nearly $2 billion in public projects that LPCiminelli has and still is engaged in since at least the mid-1990s, it would seem logical to ask how long the activity described in the criminal complaint has been standard operating procedure around here.

Why ask? Because new blood, and a new culture, need to come here and grow. The business community in Buffalo has long profited from the current ecology, in which they individually and as a group pronounce their hatred for government—and then write checks to politicians who go fetch the Albany-financed projects for the government-haters back in Buffalo.

Louis Ciminelli, now indicted, carried that message when he served as head of the Buffalo Niagara Partnership, which has long sponsored a lobbying campaign with the title Unshackle Upstate. Its script—cut taxes, privatize schools, break public unions, reduce or eliminate worker-protection and environmental rules—is the principal message of Unshackle Upstate. The Buffalo Niagara Partnership has long taken its cues from Robert Wilmers, CEO of M & T Bank, whose annual reports for the last 20 years have been very consistent on those precise points. Wilmers himself devoted several shareholder messages to denouncing Wall Street manipulation of mortgage-backed securities as the 2008 collapse unfolded, yet it was Wilmers’s own bank that was found, by a unanimous appeals court, to have committed the very same kind of fraud, albeit just to the extent of selling $275 million in worthless mortgage-backed securities based on worthless M & T mortgages. A couple of hundred million, not billions.

Nobody in Buffalo said a word about any of that because, until articles appeared in the alternative press (including The Public), few in Buffalo knew.

But this is Buffalo’s old culture of impunity, which, with the LPCiminelli indictments, is now on display. One hopes that a little sunshine interrupts its persistence long enough for the new, hopeful culture of innovation and entrepreneurship to grow.