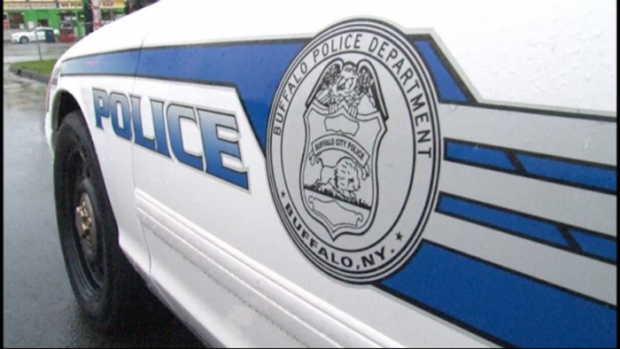 The Buffalo Police Department’s use of force policy lacks “important provisions” and is “very weak” on the de-escalation of crisis situations, two national experts have told Investigative Post.

The shortcomings, first documented by Investigative Post two years ago, are again open to question following the fatal shooting of Rafael “Pito” Rivera, 32, by a police officer last week.

Video tape shows Rivera was running away from police when he was shot three times, including once in the back. No gun is readily visible on Rivera in the video, although police maintain he was in possession of a handgun and posed a threat to officers.

An Investigative Post review found the department’s use of force policy lacks clear directives on when and how officers should respond to tense situations with de-escalation techniques.

A police source confirmed that the direction to use verbal commands when officers perceive a low level of resistance represents the de-escalation component of the policy. He added that officers are taught a variety of de-escalation tactics, but did not provide specific details about that training before deadline.

“It was a very weak de-escalation policy,” said Samuel Sinyangwe, a racial justice activist and policy analyst who reviewed the Buffalo police policy as a part of a national project examining use of force policies.

“For departments that have stronger de-escalation policies, it’s clear that officers are required to de-escalate the situation whenever possible, not limited to a particular level of resistance,” he said.

For instance, the Seattle police department’s use of force policy directs officers to “slow down or stabilize” a critical situation, if possible, and lists specific de-escalation techniques to consider, such as calling for crisis intervention officers or those equipped with less-lethal forms of force. In Portland, the police bureau’s use of force policy requires that officers use de-escalation techniques like maintaining distance and taking cover, whenever possible.

In 2016, Sinyangwe and the Use of Force Project team analyzed nearly 100 police departments’ use of force policies. They measured whether the policies included eight restrictions known to preserve citizen lives. Buffalo’s most recent use of force policy includes four of those.

The policy includes best practice controls like prohibiting officers from shooting at moving vehicles and from firing what are known as warning shots. It also instructs officers to only use physical force when “no other viable option is available.”

However, the policy does not include other controls, such as restricting the use of chokeholds or strangleholds, which can be deadly; requiring officers give a verbal warning before using deadly force; or ordering that officers intervene if they believe one of their own is using excessive force. In addition, the policy provides only one example of a de-escalation tactic: verbal techniques.

“While it has some very important provisions, it lacks equally important provisions,” Norm Stamper, former chief of the Seattle police department, told Investigative Post after reviewing the policy. “If Black lives matter to us, if human lives matter to us, we get real serious about how we [write policies], and so a mention of de-escalation, in passing, is wholly inadequate.”

If department doesn’t explicitly detail its approach to de-escalation and provide specific provisions in policy, Stamper said he wonders if it may have been intentionally left vague.

“The short answer is, based on my experience, yes,” he said.

Many departments use policies to make general statements and provide more specific detail within procedural documents; a Freedom of Information Law request for Buffalo police procedures on use of force did not return any additional documents.

In the last 18 months, three men of color have died during encounters with Buffalo police: Wardel “Meech” Davis, 20, in February 2017; Jose Hernandez-Rossy, 26, in May 2017; and now Rivera. Separate state Attorney General’s Office investigations into the deaths of Davis and Hernandez-Rossy recommended that the Buffalo police become accredited with the state Division of Criminal Justice Services, a process that would involve an external review of the department’s policies.

“The Buffalo Police Department is not a certified police department, and accordingly, it falls short on many of the standards that are required among certified departments, de-escalation chief among them,” said Steve Cohen, a civil rights attorney retained by Rivera’s family.

Investigative Post reported in January 2017 that the Buffalo police is not accredited by an outside agency, despite a requirement to do so in the City Charter. At the urging of the Common Council, the department has started the accreditation process.

In a series of community meetings conducted over the past month, citizens commonly requested that police officers act less aggressively, according to a report compiled by the Police Oversight Committee’s community advisory board. The report was made public earlier this week.

“I would say absolutely this is an issue that the police advisory board would want to look into, simply because de-escalation is critically important for a variety of different reasons and in lots of different spaces,” said Danielle Johnson, co-chair of the advisory board.

Seth Stoughton, a former police officer and associate professor at the University of South Carolina School of Law, said that while it can be a mistake to compare different departments’ policies to one another due to unique context, there are accepted best practices in policing, including de-escalation tactics like maintaining distance, cover, and concealment.

Stoughton told Investigative Post that any policy must be supported by strong training, agency culture, and supervision.

Investigative Post reported in October 2016 that Buffalo police training on firearms and use of force was comprised of a two-hour annual session, in comparison to 11 ½ hours of training in Rochester. The training involved a multiple choice test and a review of Article 35, a state law which permits the use of deadly force if a person “reasonably believes” another presents a deadly threat or is committing one of several felony offenses.

Considering the wide latitude of the state law, some see a gap between police shootings that may be legally justifiable, but morally questionable.

Stamper emphasized that officers need “repetitive experiential training” to teach them how to accurately assess risks while experiencing fear and stress.

“It is vital to understand that a police officer who is not in control of his or her emotions, who, for example, is not in touch with fear, and how that affects him or her, is a dangerous police officer,” he added.

The Buffalo police source said that the department’s firearms and use of force training now totals around four hours annually, but is still largely classroom based.

Around the country, many police departments require that officers practice deciding whether to use deadly force through simulated training exercises, often using what’s known as a shoot/don’t shoot simulator.

Buffalo police have previously said that they will begin training officers with a simulator once they move into their new headquarters, a process which began early last week. The police source said the department will have their training simulator ready for use by the first day of 2019.