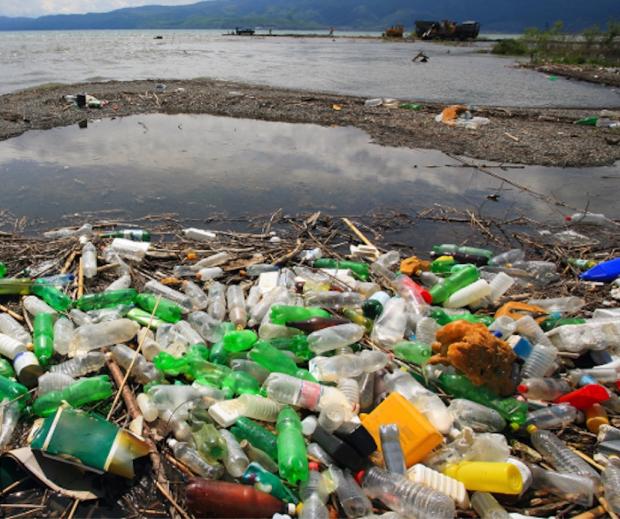 In 1967, I was a 14-year-old wild-eyed boy trying to make sense of growing up. My world consisted of girls, baseball, white pine trees, the blue yonder magic of the outdoors, and television. Not necessarily in that order.

Television was an amazingly stimulating media. The main theme of television, selling things, was in a great waxing state.  Across the land personal stimulation was engineered into its purpose. Provocation mixed entertainment, sports, spectacle, sex, violence, and consumption to help massage the the explosive growth of the medium. Commercials and programming were carefully constructed by mindful artisans of the sell.  Cutting-edge propaganda techniques included such tactics as subliminal messaging.  Your personal power was linked to flash and pretense. You know, things you can buy. The 1967 marketing ideals advoacted making America become great. Sound familiar? Back then Wall Street and Madison Avenue combined forces to capture the hearts and minds of consumers. This was a powerful, mind-altering, and sensual surge. On top of it all, 1968 was a presidential election year.

There was, of course, resistance.

Real, on-the-ground issues confronting the lives of most Americans were impossible to hide from. Social and racial justice and the Vietnam War created instability in the dreams and desires of the people whp had plans to dominate the world. These same people were uplifted up by an unethical business class that included Donald Trump’s father, Donald Trump’s family, and Donald Trump’s contemporary and future business practices and associates.

By 1968 the Vietnam War had blown up America.

Television was bringing ever eager consumers news footage of executions, assassinations, suicides, and riots. As the year came to a boil, it brought images of protests, protestors, and strikers fighting to heal America with social justice campaigns, and an explosive anti-war movement. My personal life was in turmoil. I was already a teenager and poetically thought I could distract myself by writing.  I was deeply twisted by the social and cultural unrest that was the toxic soup of America. I found it easy and deeply consoling to write and think about nature. I had become a social activist. I attended rallys and protests. I spent time outdoors and was writing about birds, water, trees, wildflowers, and what threatened them. I had recently spent several months working on a school project about Rachel Carson. I felt myself, as a human being, surrounded by struggle to be a deep part of the natural world. I took very seriously what seemed to a young man, deadly threats to the future of humanity, and my future.

One day my older brother took me to see a new movie, The Graduate. It was partly about a young man coming of age. I guess my brother thought I could learn a thing or two about growing up. I had heard the Simon and Garfunkel hit song “Mrs. Robinson,” which was featured in the film, and I was curious. The seduction scene involving young Benjamin Braddock (played by Dustin Hoffman) and the aforementioned “older” Mrs. Robinson (played by Anne Bancroft) was the marketing hook, but there was another part that has lived with me my entire life. About halfway through the film there was a scene where the young Benjamin Braddock meets the older and seemingly financially successful Mr. McGuire. McGuirre has some life advice for Ben. The question had been posed to young Benjamin: “What are you going to do now?” The answer clearly and confidently exclaimed by businessman McGuire: “One word: plastics.”

Listening to this line was unquestionably one of the most scary moments of my life.

I do know that the murders that year of Martin Luther King, Jr. and Bobby Kennedy, and the deaths on the Vietnam battlefields of both friends and family, changed me. Richard Nixon won that presidential election. But with this one scene the concept of plastics first entered my developing mind. It is embedded. It has never left. It was a very hard year. Perhaps the hardest of my life.

Spring ahead to the first day of autumn, in September of 2018.  Today.

As readers of GreenWatch know, I write a lot about a world in crisis. The reality of plastics and the damage that plastics create for our environment and our bodies is a fairly common theme.

Reports about the ubiquitousness of plastic pollution continue to fall from the sky like oracles of the apocalypse. They continue to reveal a harsh future for the human race. In every way imaginable pollution surrounds and consumes us with an inundating deluge of human-made toxins. Much of this, much more than you may know, is plastics. Plastics surround us and consume us with the products and byproducts Mr. McGuire’s plastics revolution. It stole our future. It has changed everything.

Last year scientists from the University of Georgia and the University of California calculated that since 1950 humans have created 8.3 billion metric tons of plastic. That is equivalent to the weight of more than a billion elephants. By comparison, a single building in New York, the Empire State Building, weighs a mere 365,000 tons.

The study says that 6.3 metric tons has become waste. Where does plastic go? You may think that you recycle most of it.  But only about nine percent of plastics waste is recycled. The study says that by 2050 as much as 12 billion metric tons will be in the waste stream, with much of it entering our environment.

What do we use plastics for?  Well, almost everything. Virtually every product from planes, trains, and automobiles to toys, toilet paper, and twizzle sticks depends on plastic. Our devices, phones, tablets, and cameras are made of it. Our desks and chairs, pillows and mattresses are filled with plastics. We build our houses out of plastics. Virtually all household products depend upon plastic. Our medicines, soaps, balms, and salves are often infused with plastic. Our clothing is made from it. Incredibly, we wrap, package, transport, store, and serve our food in it. Plastic is everywhere.

When it rains, the runoff picks up bits of discarded plastics including bags, bottles, baubles, straws, cups, wrappers, and hard-to-see plastic microparticles and fibers. They wash away into the rain gardens were they collect. they wash away or into the storm sewers and out into the creeks, rivers, ponds and lakes that that water runs to.  When we flush our toilets, drain our sinks and bathtubs, and when we wash our clothes and bodies, plastics escape into the sanitary sewer system. Sometimes these are as small as the microfibers that wash out of our clothing. Sometimes they are as big as the microbeads in our soaps, shampoos, cosmetics, and toothpaste. When they get to the sewer treatment plant some collect and some escape through the filters and in Western New York, into Lake Erie, the source of Buffalo’s drinking water. No matter what your source of drinking water is, you are ingesting plastic particles.

These microplastic particles end up on the bodies of animals and plants.

When the wind blows microparticles are picked up and send swirling with the atoms and molecules that comprise our atmosphere.

We literally breath, eat, and drink plastics. They stay in our bodies, gathering in various organs including our brains. They contribute to things like hormone disruption, and diminished cognitive and motor skills. We cannot avoid this. We can hoist a beer and toast a darkening future, but when we do this, chances are pretty good that the water used to make the beer has microplastics. If we live in places like the Carolinas, Texas, or Puerto Rico, where recent hurricanes have dumped feet of water onto the poisoned lands, you may be killed more quickly by the industrial wastes including arsenic, mercury, or chlorines that washed into the unprotected waters. And of course Lake Erie water is threatened by the radiation at West Valley and the hexavalent chromium that inhabits development sites such as the Queen City Landing brownfield on Buffalo’s outer Harbor. Oh well, as we like to say. Winter is coming.

Click here for more on plastics by by Christopher Joyce.

She appeared at the City Club of Cleveland in August. This video is a comprehensive and must-watch video, if microplastics in our drinking water concerns you.

“How Plastic Trash Moves Around the Great Lakes” by Matthew J Hoffman and Christy Tyler, City Lab, August 21, 2018. This video simulation of plastics movements in Lake Erie will freak you out. Not especially how concentrations around urban areas pulse and vibrate. Also note that the whole thing drains into the Niagara River Strait.