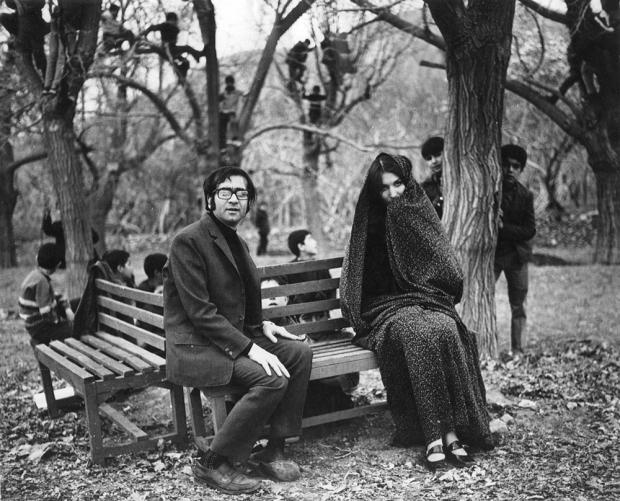 This fall 2016 launches the first riverrun Global Film Series at the Burchfield Penney Art Center. “Intersectional and interdisciplinary are the perfect words to describe it,” says Dr. Tanya Shilina-Conte, curator of the series. “The event will foster dialogue on the role of cinema in our response to the increasingly globalized world we inhabit, and bring an experience of the changing aesthetics and technology of film production to Western New York.”

September 29-October 1, the riverrun Global Film Series will present its first segment, Country in Focus, which explores a different politically and cinematically important country each year. This year’s country will be Iran.

The last film on October 1 will be presented as part of the series’ second segment, Film Future, which highlights films that are pioneers of current innovation in film. This section will be expanded in the years to come to include more films.

“Each year’s Country in Focus segment will allow deep reflection on a particular culture, but mainly focus on the new directions and effects of globalization on films from this location,” Dr. Shilina-Conte explains. ”This segment embraces the ‘glocal’—a term situating your specific locality in the here and now within global networks of communication.

“As an international border city, Buffalo is home to many cultures and languages. We hope to engage local diasporas, bringing them into conversation about pressing international sociopolitical issues with other members of the Western New York community.”

Nadia Shahram, a Western New York attorney and activist and head of the Advancement of Moslem Women, as well as one of the series’ speakers, describes the 2016 Country in Focus segment as “providing an insight to the social injustice that exists for Iranian people. I am particularly interested in the works as they are related to the treatment of women in Iranian culture.”

The 2016 Country in Focus segment features speakers Hamid Naficy, professor of communications at Northwestern University and one of the world’s leading authorities on Iranian film, and Noureddin Zarrinkelk, the father of Iranian animation. Ideally, one of the guests at the series will always be a theory person and the other a filmmaker or media practitioner.

This segment has sub-sections dedicated to restored classics, documentary, women filmmakers, animation, and new voices. Dr. Shilina-Conte lists the segment’s “seasoned Iranian filmmakers such as Makhmalbaf, Kiarostami, and Rakhshan Bani-E’temad, the first lady of Iranian cinema. We also have voices of the younger generation of Iranian filmmakers, such as Payman Haghani, whose 316 is an account of a woman’s life refracted through historical events in Iran and told entirely through the images of shoes.”

The series will feature a special tribute to Abbas Kiarostami, the renowned Iranian director who passed away this summer. His son Ahmad Kiarostami assisted the series in curating the screening of the director’s poetic documentary Roads of Kiarostami (2005).

Dr. Shilina-Conte is most excited about where this year’s Country in Focus and Film Future segments intersect around stories about disability. “Mahmoud Ghaffari’s Hair is a story about three Iranian women, deaf-mute karate champions, who have to overcome dress codes imposed on them by the Iranian authorities in order to travel to Germany and Mohsen Makhmalbaf’s short film Tenant is a story about an Iranian boy who workd for blindpeople and is forced out of his apartment in London, It’s an important film to see in the post-Brexit climate.”

The Film Future segment features Notes on Blindness (2016), a double documentary/virtual reality piece. Only the documentary piece will be presented at the series, but according to Dr. Shilina-Conte, “both the documentary and the virtual reality piece aim to create an immersive and sensory experience for the viewers, a glimpse into the world beyond sight…I’m so glad we were able to obtain these three films that can teach us to hear and see the world around us in an altered and more enriched, rather than limited way.”

Martin founded riverrun in 2004 with Laurence Shine when they were commissioned by the National Library of Ireland for the Bloomsday Centennial in Dublin to produce a film on James Joyce. In 2004, riverrun launched Cinegael Buffalo, an annual event featuring Irish film and arts.

Martin explains: “The success of Cinegael Buffalo led to discussions this year between Cristanne Miller, Dr. Shilina-Conte, and myself about developing a film series of greater scope, which became the 2016 inaugural ‘riverrun Global Film Series’.”

Professor Bruce Jackson sees the Series as a “perfect example of the increasing amount of collaboration among arts and educational institutions in Buffalo in the past decade. Everybody’s thinking of ways to perform and present at Silo City. Performers in Just Buffalo’s Babel series now meet with Buffalo high school students at Just Buffalo Literary Center before their public event at Kleinhans. UB’s celebration of Robert Creeley last year took place at the Albright-Knox, an art museum that is also home to some of Buffalo’s best jazz and musical performances. It’s as if we’re all thinking that the whole city is one cultural community where any of us can use whatever resources make sense for any particular occasion. That’s new, and it is great for us all.’”