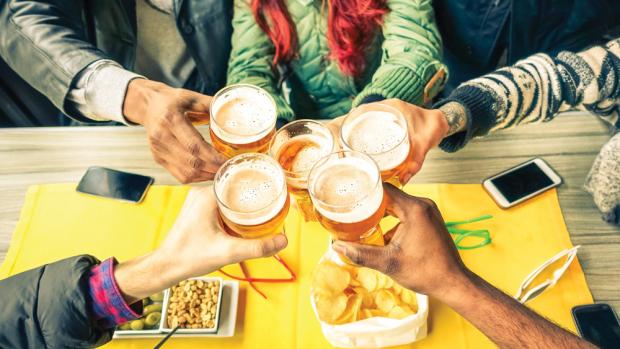 Beginning on Thursday, September 22 and running through Sunday, October 2, Buffalo Beer Week is a 10-day showcase of Buffalo’s breweries, restaurants, pubs, and other beer-centric businesses via a plethora of events such as beer dinners, tastings at your local pub, the seventh annual Ballpark Brew Bash beer festival at Coca Cola Field (September 24), and nearly everything in between. This year’s theme is “Big Tent Buffalo,” shining the spotlight on the breadth of the craft beer scene that Buffalo and the greater community embraces and exemplifies. The majority of the festival’s feature events will benefit charities.

“We encourage venues to plan events that highlight and promote inclusiveness. All are welcome and there’s plenty of room in the big tent of craft beer for all of us,” said Willard Brooks, president of Buffalo Niagara Brewers Association, which organizes the annual festival. “Since its inception in 2007, Buffalo Beer Week has become one of the most highly anticipated craft beer celebrations in the region and the various events continue to bring visitors from across Upstate New York, Southern Ontario, Ohio, and Pennsylvania to Western New York.”

Things get underway Thursday, September 22 at Big Ditch Brewing Company with the second annual Brewers Shuffleboard Tournament, as 11 local breweries square off on the shuffleboard table. Defending champs Woodcock Brothers Brewing have earned a bye in the first round, as have Resurgence Brewing, Four Mile Brewing, and Big Ditch, while 42 North Brewing takes on New York Beer Project, Community Beer Works battles Pearl Street, and Old First Ward and Gordon Biersch meet. This event will also feature the debut of Wise PA, brewed for late beer blogger Kevin Wise and the result of the largest beer collaboration in Buffalo history. Sales of the memorial beer will go to benefit the Wise family.

The next night, Buffalo Beer Week officially kicks off at an intimate Meet the Brewer night at the Adam Mickiewicz Library & Dramatic Circle. More than 15 of your favorite regional breweries will be on hand serving their latest offerings with a portion of the nights’ proceeds going to Torn Space Theater. The event starts at 7pm. There will also be live music.

There’s no shortage of feature events throughout Buffalo Beer Week, including: