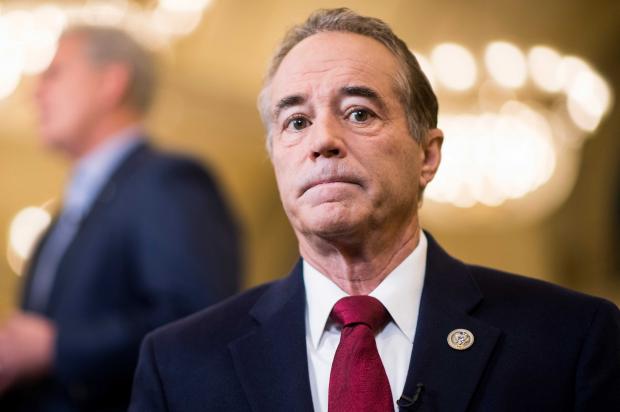 A Democrat in Trump Country?

Searching for a hero to run against Chris Collins

After a brief attempt at a candidacy, Erin Cole has decided to drop her challenge to Chris Collins in New York’s 27th congressional district. Collins, who defeated his Democratic challenger in 2016 by a margin of 67 percent to 33 percent, was always going to be a tough target, notwithstanding the ongoing ethics investigation that questions his actions promoting stock in a firm whose board he sits on. Collins was the first sitting member of Congress who endorsed Donald Trump for President, and is closely identified with Trump. Trump defeated Hillary Clinton by two to one in Orleans and Genesee counties, by almost three to one in Wyoming County, and by large margins in Niagara, Ontario, and Livingston counties, leaving only the portions of Erie and Monroe counties competitive.

That said, there’s this: It’s beyond surprising. Cole has no name recognition (except now among bitterly disappointed Democratic activists), and building that recognition takes time, technique, smarts, and of course money. But the timing for a challenger couldn’t be better, plus her resume seems a good fit: She is a pro-gun military veteran with the potential of a national network of veterans, some potential fundraising heft because she has been involved in promoting firms, plus a base of motivated and well-organized people in all those union members who are looking for a Congressional candidate who can at least try to do what Lieutenant Governor Kathy Hochul was able to do when she won the district: make that connection with suburban, small-town, and rural voters who are not lost in the toxic miasma of Fox News, Rush Limbaugh, and the deeper, more insane fever swamps of the Right.

As many political scientists are finding, there’s a lot of daylight between Trump voters and the ideological policy purists within the Republican party, a prime example of which is Chris Collins—who is adamantly anti-Obamacare, pro-plutocrat, anti-tax, anti-regulation, and a climate-change denier.

Where Trump and Sanders won

In the 2016 Democratic presidential primary, Bernie Sanders defeated Hillary Clinton handily in the very counties Trump won in the general election. The numbers were miniscule (958 to Clinton’s 639 in Wyoming), but Sanders voters are all feeling the same anti-establishment sentiments that propelled at least some Trump voters. Looking at the general election results in 2016, Trump was ahead by about 20,000 votes over Clinton in the rural parts of the 27th Congressional district even before counting the votes from suburban Erie and suburban/exurban Monroe. Without analysis at the election-district level, we just don’t know if any Sanders voters crossed to Trump. It’s not beyond reason to expect that Sanders voters saw little to like in Collins’s Democratic challenger in 2016.

There is nobody in smalltown Upstate New York, except perhaps in resort towns, who isn’t disgusted with the Washington establishment. One of Cole’s Facebook postings justifying her withdrawal is an indictment of the system that Sanders bashed and almost beat: “The DCCC [Democratic Congressional Campaign Committee] wants me to raise $350,000 every quarter,” she wrote. “This is an obscene amount to raise for politicians, never mind first-time candidates.”

But there’s a problem lurking in her statement, too—precisely the problem that will prevent any anti-Washington feelings from coalescing into support for any but the most brave, persistent, focused, and personable challenger. It’s this:The DCCC wants her to raise $350,000 every quarter “with no guarantee of support.”

Searching for a hero

Back from reporting for his Paris newspaper about the insane violence of war zones in eastern Africa, southern Asia, and South America, the philosopher and public intellectual Bernard-Henri Levy wrote in War, Evil, and the End of History about the unraveling of what a great many people had hoped, when communism fell, would be a new age of peaceful, calm, general uplift.

He more or less threw up his hands after witnessing violence you don’t even want to read about, concluding that we need some kind of hero to set things right.

That was something new, a dozen years ago. Not too surprisingly, the heroes that democracies have put forward since Levy’s book have all emerged from the populist Right, with great personal forcefulness, great simplicity in their messages, great promises to put us back on the right track.

We Americans go hunting for heroes every two years, actually, when we go looking for individual persons to represent us, the real us, in the People’s House, the Congress.

Erin Cole, disappointingly, one of many candidates for hero, got a lot of hopes up because of that resume of hers—a military resume that says service, a diplomatic resume that says worldly experience, a business resume that at least arguably says real jobs, and an outsider, newcomer status that says untainted at a time when the incumbent is being made to answer questions about whether he abused his privilege.

Who will pick up the challenge to Collins?

Having run lots of campaigns in areas like the 27th District, areas that are full of nice people who are currently freaked out about how capitalism, government, and once-reliable institutions are all leaving them vulnerable, my suggestion for a candidate is someone whose resume, demeanor, and presence says service, worldly experience, real jobs, untainted. It would also probably help if that candidate didn’t whinge or bleat about how awful and unfair mean old politicians are when they connive, gerrymander, squeeze you for bucks, and say nasty things.

It’s probable that the alienated and suspicious voters of the 27th District, and of other suburban, small-town, and rural districts will be abandoned by establishment Democrats when they see that Hillary Clinton lost to Sanders precisely where she lost to Trump. That should mean that a Left populist probably would be able to run strongly, if only that candidate could start the process where Erin Cole left off—taking the critique of the Democratic Congressional Campaign Committee past where she took it, and instead of complaining about it, kicking it in the teeth.

Surprising things happen when candidates speak truth to power—especially when they are willing to persist through more than one election cycle, to be dogged, to persist against overwhelming odds. Sometimes, such candidates win, and once they win, they keep winning. Barack Obama got his ass kicked by Bobby Rush his first time out. Newt Gingrich tried three times to win his seat. Andrew Cuomo got gob-smacked when he first tried to rise. We call him Governor Cuomo now.