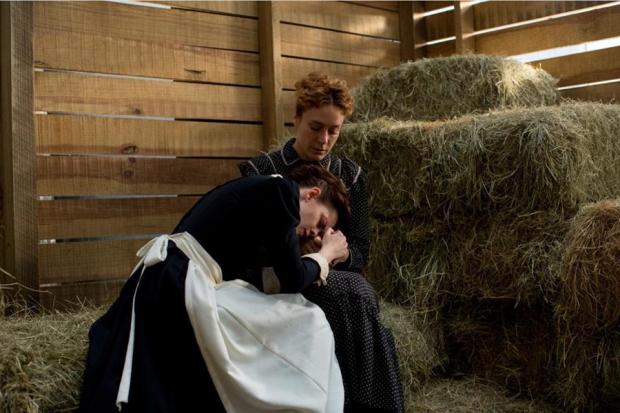 Does anyone not believe that Lizzie Borden murdered her father and stepmother with an ax on August 4, 1892? After all, she was found not guilty at trial. But then, so was O. J. Simpson.

The fact that she got away with it may explain why she lingers in the American imagination more than 125 years later. The house where Andrew and Abby Borden where murdered is now the Lizzie Borden Bed and Breakfast Museum. (Sweet dreams!) The gruesomeness of the deed obviously factors in—the children’s song may be exaggerating in saying that she gave her mother 40 whacks, followed by 41 for her father, but not by too much. And of course the fact that we don’t really know what happened, or why, allows for fresh speculation in each new interpretation.

The latest of those to reach an audience is Lizzie, starring Chloë Sevigny as the New England spinstress. Sevigny, who has long wanted to play the role, also produced the film, which was scripted (presumably with her input) by her friend Bryce Kass. It has been gestating for some years, well before the Lifetime channel film Lizzie Borden Took an Ax and follow-up series The Lizzie Borden Chronicles, both starring Christina Ricci. Sevigny had a contract for a miniseries at HBO. That script was later compressed for the length of a feature film, and then somewhat re-envisioned when the original director left the project.

All of which helps explain why the final film, as even the star has admitted in interviews, isn’t quite what she had in mind all these years. While her performance is subtle, the story is anything but, hewing for the most part to known facts but filling them in with speculative details that make Lizzie a heroine for the modern era. (Suffice to say that in this version, her father (Jamey Sheridan) deserves what he gets.)

Craig William Macneill directs in the style that will be familiar to fans of art house horror, emphasizing claustrophobia to depict Lizzie, who was 32 at the time of the murders, as a trapped woman. Kristen Stewart gets top billing as the family maid, Bridget Sullivan, and one assumes that Kim Dickens and Fiona Shaw, as Lizzie’s sister and stepmother, would have had more substantial parts in the longer version that was originally planned.