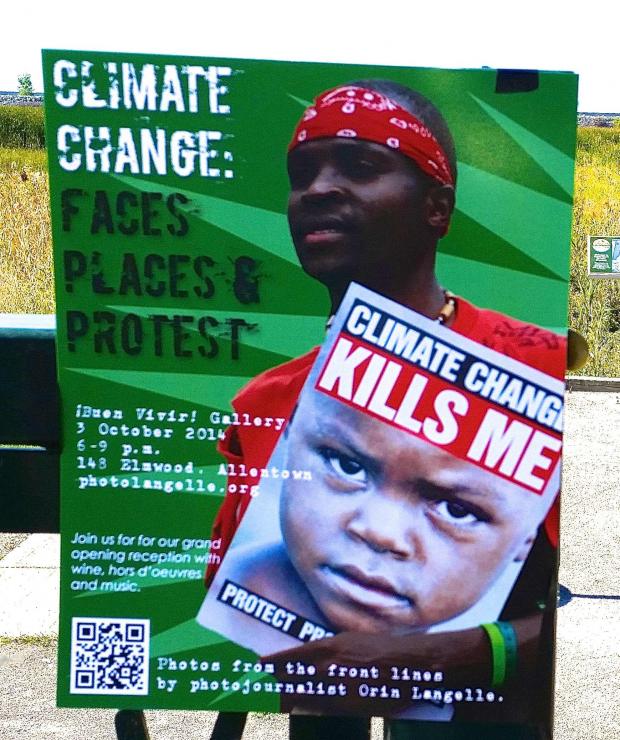 Greenwatch is pleased to publish this piece by guest author Anne Peterman -Executive Director of the Buffalo-based and internationally regarded Global Justice Ecology Project & Coordinator of the Campaign to STOP GE Trees.

Anne Peterman recently returned from Durban South Africa where she attended and presented at the “peoples alternative event”, and at other events affiliated with the UN World Forestry Congress which is preparing for the Paris Climate Conference (COP21) to be held in Paris later this year. For a number of years Anne Peterman has worked to help frame “Civil Society” contributions to the UN Framework Convention on Climate Change which now culminates in COP21 in December.

I am finally getting the chance to send out my analysis of the documents that came out of the UN Food and Agriculture’s (UN FAO) World Forestry Congress (WFC) that just finished in Durban, South Africa last Friday (11 September, 2015). In particular, I examine what they mean for our work to stop GE trees and the associated efforts to stop deforestation, protect the rights of forest dependent and Indigenous Peoples, and expose the impacts of wood-based bioenergy, and wood-based bioeconomy products.

The outcomes of this UN FAO sponsored endeavor, which occurs only once every six years, are also key to what we can expect from the UN Climate Convention in Paris later this year.  So called COP 21 is supposedly where the world’s governments will do something on climate change, but where, as we have seen endlessly before at previous COPs, absolutely nothing will be accomplished.

There will be a huge focus in Paris on using forests and tree plantations as a green screen behind which governments and industry will continue business as usual.  This is leading many to insist that no deal in Paris would be better than a bad deal.  And others, like award-winning Nigerian activist Nnimmo Bassey, who spoke in Durban last week, are demanding “we have to stop the COP!”

But the UN FAO decisions are only guidelines. “The UN has no ability to interfere in the sovereign decision making of governments,” as we were told time and again by FAO representatives.

So in summary, the whole WFC exercize was primarily a strategy meeting for the multilateral agencies like the World Bank to get together with the timber industry and governments to figure out how to shove their agenda (to increase demand for wood and expanding monoculture tree plantations) down the throats of the rest of us, in this case, with the UN Climate Conference in Paris directly in their sights. An agreement on using forests to “address” climate change being the biggest priority.

The WFC, enabled by the FAO, are a massive fraternity of forest destroyers attempting to use civil society and Indigenous Peoples to continue business as usual under a green and caring veneer. There will be no changes. There will only be pretty words. And the end of the world will march on.

Analysis of the Outcomes of the World Forestry Congress Key Points

As with many UN bodies these days, the UN FAO’s World Forestry Congress is making a huge effort to greenwash itself, including loads of language about civil society and Indigenous Peoples, food security and biodiversity, etc etc:

“The main outcome of the Congress, the Durban Declaration, states, inter alia, that: forests are fundamental for food security and improved livelihoods  and will increase the resilience of communities by providing food, as well as wood energy; sustainable forest management requires integrated approaches to land use in addressing the drivers of deforestation and conflicts over land use; forests are an essential solution to climate change adaptation and mitigation; and that greater attention to gender equality and the enthusiasm of the youth as a source of inspiration and stimulus for innovation are required for realizing the vision of forests.”

The main points I drew from it, however, buried under the greenwash, involve the same old industry obsession with increasing the demand for wood products and intensifying tree plantations.  Below I highlight some telling points from their “Key messages” document, which you can find on their website.

In Subtheme 3 below, for example, the WFC explains their objective to continue expanding tree plantations (“planted forests”), in spite of their alleged desire to listen to civil society and Indigenous Peoples who spent an entire week at the CSAP exposing the devastating social and ecological impacts of tree plantations.

Greenwashing GE trees, and Promoting the Bioeconomy and New Technologies

Another subtheme calls for “responsible use of biotechnology” in forestry. While it doesn’t directly say genetically engineered trees, it is clearly about “improving the image of” GE trees, which are widely opposed by the public.  It additionally calls for “sustainable intensification of forestry” (a complete contradiction in terms) which I interpret to mean promoting hi-tech tree hybrids and faster growing GE trees–such as the fast growing GE eucalyptus trees being pursued in Brazil.

Then the WFC “Key messages” document goes on to promote trees for the bioeconomy and for biomass, seeking “new and non-conventional technologies for more diversified uses of biomass” i.e. GE trees and synthetic biology.  And it calls for processes to “address societal concerns over new technologies,” otherwise known as a greenwash PR campaign.

Create awareness on, and improve image of, sustainable intensification of forestry through improved forest management and responsible use of biotechnology.

Advocate for better inclusion of forest products value chains in the concept of bio–economy, and strengthen their multiple values for the society through resource and energy efficiency, renewability and recyclability.

Disseminate knowledge of and transfer new and non-conventional technologies for more diversified uses of biomass.

Deploy international cooperation, multi-stakeholder dialogue and appropriate governance frameworks to guide research priorities, to address societal concerns over new technologies, and to ensure that the flow of innovations reaches those who need them the most.”

In this next section we see the same objectives that came out of the WFC in Buenos Aires six years ago.  Driving the increased demand for wood products through the promotion of wood-based bioenergy as a supposed alternative to fossil fuels and “solution” to climate change.  This, despite the volumes of research that have continued to pour out, demonstrating that wood-based bioenergy can never be sustainable, puts out enormous quantities of greenhouse gas emissions, drives land grabs, and so on.

“More than heat! Wood energy for the future (1)

Wood energy is not “the poor man’s fuel”. It is a renewable, climate friendly and available form of energy when it is produced sustainably and used efficiently.

As countries embark on a sustainable development path in the context of the post-2015 development agenda, wood energy should be promoted as a viable, renewable alternative to fossil fuels for a wide range of industrial purposes in industrialized as well as in developing countries. “

Finally, Wally Menne from Timberwatch, which organized the alternative programme in Durban points out:

“Until the UN/FAO separates tree plantations from its definition of forests, this UN doublespeak will remain pure Hogwash! Plantations undermine food security and livelihoods, cause increased deforestation, do nothing to mitigate climate change and help destroy the capacity of people to adapt.”