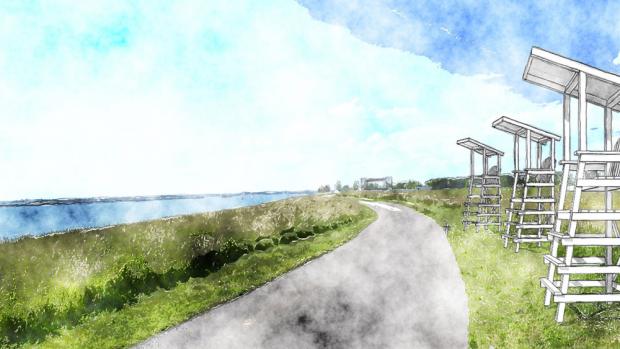 During the fact-gathering phase of setting up Governor Andrew Cuomo’s Western New York regional economic development council, Howard Zemsky shared Cornell University demographic projections for all of New York’s counties. Those projections showed great population increase for the New York City metro area over the next 20 years, a leveling-off in the Hudson Valley and in Rochester, and significant population decline in most of the rest of New York State, including the Buffalo-Niagara Falls area.

In 2010, there were about the same number of people in the Buffalo-Niagara Falls metro area as there were in 1970. By 2015, Census estimated that there were 321 fewer people than in 2010. Niagara and Chautauqua counties had lost about 4,000 apiece, Cattaraugus had lost 2,400, Orleans was down 1,300, Genesee and Wyoming counties about 1,100 apiece, but Erie County was up about 3,500. There were a little over 400 net births over deaths, and the well-established pattern of retirees out-migrating hadn’t stopped. But the combination of refugee resettlement programs and some younger people opting to stay rather than move after college has helped the numbers edge upward. The Cornell demographers had estimated that Erie County would be around 900,000 in 2015. Census estimates we got up to almost 923,000 (though we’re still down from 956,000 in 2000).

We’re not growing, but we’re not losing population as fast as we were. The birth rate remains low, household incomes are low, the region is still relying heavily on pensions and on transfer payments. But since the financial crisis of 2008, jobs are returning, new enterprises are forming, the median price of a house has been tugged upward by some great housing-price inflation in several Census tracts, and the seasonal entertainment venue at Canalside has been successfully pulling suburbanites as well as out-of-town travel writers and even some Canadians into downtown Buffalo to spend their 78-cent loonies.

Since helping the Regional Economic Development Council digest the numbers, Zemsky has refocused economic development projects on the urban core. Two messages have been consistent: The destination of the Buffalo Billion would be at the regional hub, rather than spread over the landscape, and the usual suspects—the politically connected developers and financiers who live high off Albany money—would feed if and only if they were with the radical new program of disruptive technology.

Western New York will still see its share of make-work projects of the kind championed for three decades by the Buffalo Niagara Partnership and its core Group of 18. But except for the state handouts to the Kaleida-centered Buffalo Niagara Medical Campus, the old boys wouldn’t get any of the Buffalo Billion.

That always implied that there would be no developer-driven “solution” to the “problem” of the 120 or so acres of the old Port of Buffalo, now known as the Outer Harbor.

The data have spoken. The ever-diplomatic Zemsky has also spoken: The Tielman plan was released within days of Zemsky’s day-long, invitation-only seminar on smart growth and collaborative governance, held last week at the Lafayette Hotel, keynoted by Cuomo, starring the very poster child of smart growth, Maryland’s former governor, Parris Glendenning. The event was a demonstration of both the preservationist ethos and the new leadership consensus—that refreshing the region’s hub is the way we’re going to go from now on.

The data can’t be ignored. No matter that a candidate for the New York State Senate runs TV spots claiming that he’ll go to Albany to bring back white suburban tax dollars, the facts are well-established: CRG proved in 2004, this author re-proved in 2010, and then the Rockefeller Institute proved again in 2013 that all of Upstate New York, especially the eight counties of Western New York, get far more money from Albany than taxpayers send in. We have for more than a decade been receiving a Buffalo-area billion dollars a year subsidy, over and above what we pay into the statewide kitty, for roads, healthcare, education, and every other service. We get more than we pay for. We’re on the dole.

Over and above that, Andrew Cuomo made an extra Buffalo Billion available to the Empire State Development Corporation for a transformative input. Zemsky arranged for Elon Musk and his now-conjoined solar panel, LED light, and battery/transportation companies to come here.

Not surprisingly, local firm LP Ciminelli got the contract to build the panel/LED factory. Nattering nabobs of negativism noodle around about alleged irregularities, even as the pace of solar-based electricity production accelerates. It would suck were Elon Musk to go bust, but don’t count on that happening.

Meanwhile, the coordinated communication on the waterfront proposal has been crystal clear, if collaborative rather than handed down as diktat. Tielman, who has been a consultant to the Zemsky family’s wildly popular Larkinville project, spent his first two decades as a preservationist being a reliable irritant, with his demonstrations, press conferences, and protests. He was routinely criticized for grandstanding, muttered about for having little follow-through other than that provided by his ever-patient legal allies Richard Lippes and Richard Berger, and never able to pull off the kind of foundation support that the Preservation Buffalo Niagara now enjoys. Tielman succeeded in cultivating the loathing of suburban-oriented real-estate developers. He was sued by Carl Paladino, Paladino being the frequent beneficiary of emergency-demolition orders that his City Hall friends would issue on a Friday afternoon, too late for media coverage unless Tielman and a few others found out in time.

Tielman’s MO changed when he went to work for Zemsky, who is mostly a diplomat. A Tielman solo act, on his proposal to turn the Skyway into an observation deck, predictably went nowhere.

But Tielman’s proposal for a measured, low-input, incremental-destination waterfront has legs. Citizen input that the Erie Canal Harbor Development Corporation invited, and then promptly ignored two years ago, is strikingly consistent with what Tielman proposes. The minimalism, the focus on green space, on seasonal recreation—it’s awfully close to what exists on Toronto’s chain of islands, which have served Toronto so successfully for so long as a nearby oasis of picnic-grounds, beaches, gardens, and child-centered recreation, with as much nature, wildlife, and person-powered watercraft as the market can handle. Buffalo’s 120 acres, in Tielman’s presentation, are a miniature of Chicago’s 21-mile-long lakeside green belt, with public amenities spaced along a meandering bicycle path that almost nobody rides when the gales of November start early.

Tielman will hold a large-scale public session for his plan on Wednesday, September 14, at 6:30pm at Hutchinson Technical High School, 250 South Elmwood Avenue at Chippewa.

The plan has legs. It needs more.