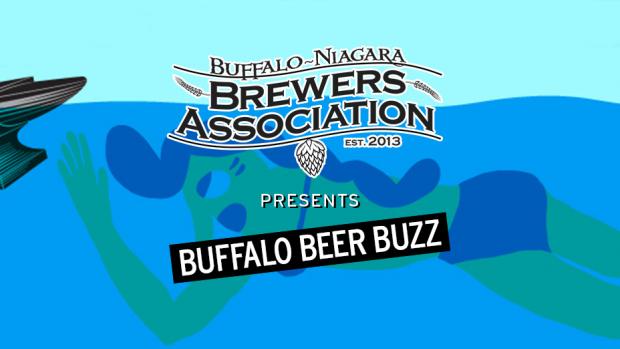 42 North Brewing is celebrating Buffalo Beer Week with the release of a new wet-hopped beer, the 20A Red Rye IPA, featuring 55 pounds of Cascade hops harvested by hand on August 29 from fellow East Aurora locale Hunter Valley Hops. The 20A Red Rye IPA will be released on Thursday, September 29, beginning at 4pm, and Gravy will take to the stage at 7pm. “The 20A Red Rye IPA has a 7% ABV, and an approximate 75 IBU,” 42 North says. “This is a seasonal beer in the truest sense of the word, and we hope you think of a local hop farmer when enjoying.”

Community Beer Works own Andrew “Drew” Hardin has been tapped to formulate and brew four test beer samples for MyCityBrew’s final selection event. “Once the votes are in, info is tallied and Buffalo’s choice is made, I will do my very best to create for the people of Buffalo and the MCB crew a beer that will be exactly what Buffalo’s beer drinkers want to imbibe,” Hardin says. “This is a truly unique approach to the production and marketing of craft beer.” If you didn’t know, MyCityBrew want to brew the ultimate Buffalo beer and need your help. You can vote for what you’d like to see brewed at mycitybrew.com.