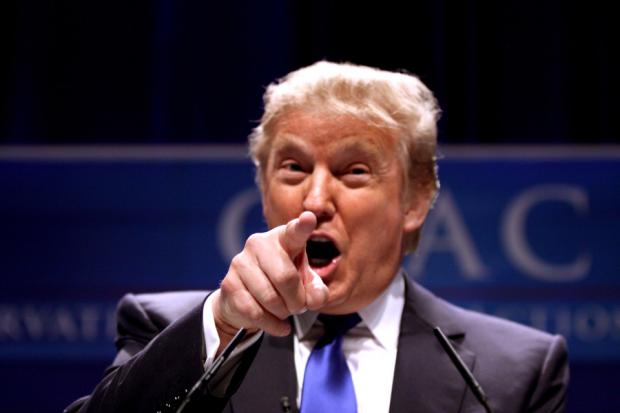 It might seem like I’m writing a lot about fascism lately. It’s just the drought of journalists using the F-word that makes any use of the word stand out—this as a bona fide fascist is within striking distance of the White House.

In case you were on the fence and reluctant to believe that the Republican candidate for president—the one who claimed he could shoot a man in the middle of Fifth Avenue without losing steam among his supporters—is a fascist, this week’s pronouncements by him and his allegedly more palatable running mate reiterate the point.

As he climbs back up to a statistical dead heat in the polls, Trump complimented Vladimir Putin for his leadership style. Media criticism focused on the fact that Putin ordered the invasion and occupation of Ukraine’s Crimean peninsula. Others dusted off Cold War tropes to remind us that we hate the Russians. All of this misses the point that Trump zeroed in on Putin’s leadership style. This demands that we look at how he treats his own people—how he leads his own nation.

In Russia, it’s not healthy to oppose Putin. Prominent Russian journalist Nataliya Gevorkyan, for example, has recently survived two violent attacks by unknown assailants. Her former newspaper, Kommersant, like practically all of the major Russian press outlets, is now a Putin propaganda organ. Gevorkan has since left Russia as Putin allies continue to buy up private press outlets.

Journalists and bloggers who question the government are also jailed or killed. The Committee to Protect Journalists recently ranked Russia in the top 10 nations where journalists are murdered with impunity. While Russian authorities claim that 90 percent of murders in that country are solved, when it comes to the murders of journalists, in 90 percent of the cases there is no prosecution.

Last year Putin’s government labeled internationally affiliated human rights groups operating in Russia as “foreign agents.” This year, Putin’s government issued an outright ban on many such entities, now listing them as “undesirable foreign organizations.” Russians who associate with such human rights and environmental organizations can face up to six years in prison. Another new law has sent bloggers who oppose Russia’s invasion of Crimea to jail. Political opponents such as former Yeltsin-era Deputy Prime Minister Boris Nemtsov are sometimes conveniently assassinated.

At the end of last year, when human rights activists alleged Putin involvement in the murder of opposition journalists in Russia, Donald Trump defending him, telling MSNBC that Putin is “running his country and at least he’s a leader, unlike what we have in this country.” Murdering journalists was no big deal; as Trump explained, “I think our country does plenty of killing also.”

The presidential election is a little over seven weeks away. Expect the American media to focus more on Hillary Clinton’s bout of pneumonia than on the Republican Party’s embrace of fascism. Hell, Trump might win and be “a leader far more than [Barack Obama] has been a leader.” There’s no sense pissing him off.