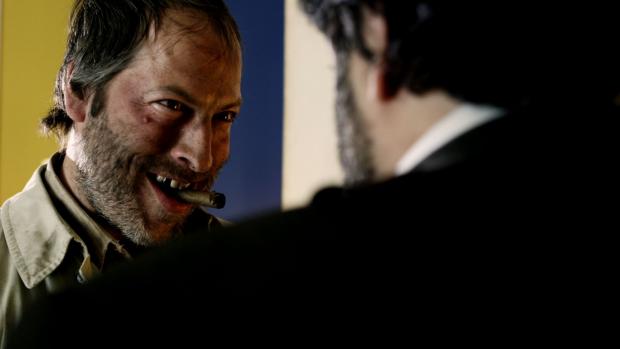 There are reasons why the horror anthology—a feature compiled from a handful of short films—is an economical and efficient choice for independent filmmakers. It can be made piecemeal with little need for continuity among the segments. And as long as the segments have a clever premise, audiences will overlook a lot of technical deficiencies for the short period of time it takes for the story to unspool.

Unfortunately, while the North Carolina-lensed Fever Dreams is more than adequate in the technical department, it fails to deliver storywise. Even at an average length of under 20 minutes, the four segments included here seem to drag on endlessly, plodding aimlessly to climaxes that are anything but shocking.

The most padded story, the inexplicably titled “Entertainer,” is the shortest one, little more than a bad-taste punchline tacked on to a buildup that didn’t need eleven minutes to get where it’s going.

Introduced in the classic style by a seedy fellow referred to in the credits as “The Bum,” Fever Dreams’ three primary segments shoot for the combination of irony and horror familiar from predecessors like (to use the ones the filmmakers name check) The Twilight Zone and Tales from the Crypt. The stories struggle to fit that standard template, but lack a clear sense of a crime followed by a gruesome but appropriate punishment. The result is a movie that lives up to its title in ways it surely did not intend.