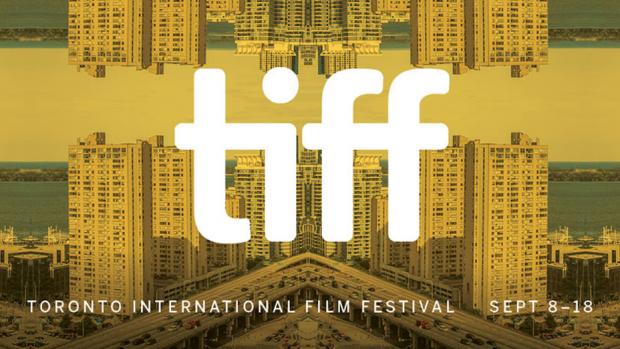 Decision-making is not my strong suit. So when I worked by way through the catalogue for this year’s edition of the Toronto International Film Festival and found at least 22 movies that I wanted to see pn the first day, you can imagine how I felt. Because TIFF schedule is ridiculously front loaded, I was going to have to choose among the only chance I might ever have to see a lot of these films on a theater screen.

I had planned to start the day at 9 am with Kenneth Longergan’s Manchester by the Sea but when the subway didn’t cooperate I got to a 9:30 screening of a film sure to have a wide release, Loving. Based on the story of the Virginia couple who were charged in 1958 with the crime of getting married—he was white, she wasn’t—it’s an early front runner for as many Oscars as the Academy can nominate it for. Writer-director Jeff Nichols (Mud, Midnight Special) minimizes the drama of the legal struggle (the case went to the Supreme Court, where it was responsible for ensuring federal protection for interracial marriage) to focus on the lives of Richard and Mildred Loving, a rural couple whose goal of a simple life was blocked by a judge’s demand that they move out of state or go to prison. For such a dramatic situation, it’s a quiet movie with little dialogue, carried by the stoic determination of an unrecognizable Joel Edgarton and the wounded eyes of Ruth Negga. It’s this year’s Brooklyn, a deeply moving film about the recent past that resonates forcefully in modern America.

Although the Romanian director Cristian Mungiu has attracted a lot of critical attention for his work, especially 4 Months, 3 Weeks and 2 Days, I have never seen any of his films. (None has yet made it to a local theater.) So I wasn’t sure what to expect his newest, Graduation, for which he was awarded Best Director at Cannes this year. A slow but deliberate drama, it follows a doctor (Adrian Titieni) whose respectable life falls into a morass of petty corruption after he tries to keep his daughter from losing a university scholarship after a violent attack makes it hard for her to complete her examinations. The basis for the Cannes award becomes apparent slowly as what seems to be a casually told story turns into a tight web of complications.

As a former projectionist who worked with carbon arc machines, I was delighted by The Cinema Travellers, a documentary from India where for decades travelling showmen went from village to village setting up projectors in tents to show movies to people who otherwise never had a chance to see them. That this practice still exists at all is a surprise in an era of digital ubiquity, and the please of watching them ply their trade for delighted but shrinking audiences is matched by the sadness of watching it disappear before their (and our) eyes.

I have long been a fan of Terence Davies, whose films based on his memories of his youth in England (Distant Vocies Still Lives, The Long Day Closes) have never really found an audience in the US. A Quiet Passion is not his first film set in the US, but it shows a markedly different tone, which is unusual for a director in his 70s. A biography of Emily Dickinson, its dialogue (Davies is also the writer) is persistently epigrammatic: everything that Dickenson (played by Cynthia Nixon) or the members of her family say sounds carefully crafted for effect. It may be a style that was popular among the well-to-do of the era, or it may be meant as a reflection of the poet’s sharp wit. But an hour of it was all I could take. I understand that the second half of the film takes a darker turn, so I will withhold judgment, but the number one rule of TIFF is never sit though a film you’re not enjoying when there are so many others to sample.

The one I wound up at couldn’t have been any more different. Dog Eat Dog is Paul Schrader’s adaptation of an Edward Bunker novel, so you won’t be surprised to hear that a lot of it plays like a Quentin Tarantino clone. (The opening sequence in particular looks like an outtake from Natural Born Killers.) Starring Nicolas Cage and Willem Dafoe as ex-cons who try to put together a big score, the movie’s attempts to leaven Bunker’s bleak been-there tale with absurd comedy are jarring, though it’s consistently entertaining for those who consider Reservoir Dogs the greatest movie ever made.