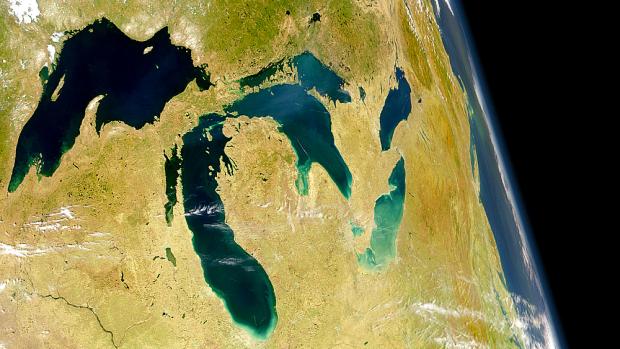 Erie County Legislator Patrick Burke, fresh from his successful advocacy of a county ban on the sale of products that contain microbeads, will chair a special committee meeting next Monday where the topic is the quality of the Buffalo River’s water.

The central issue facing government is this: What’s the cost of leaving the Buffalo River as filthy as it is?

It’s not like we don’t know that getting the crap, gunk, and yuck out of our water is a good idea. Failing to do so, according to the American Society of Civil Engineers, is what we and our elected officials continue to do because we want to avoid the price of the cleanup. One way to read the society’s 2011 report, which says that by 2020 we’ll be spending $84 billion a year less than we need to, is that we’re collectively saving $84 billion a year by not getting the water perfect. But the other way to read that report is that we’re foolishly imposing economic drag on ourselves by being penny-wise and pound-foolish.

That study was the impetus for the Obama administration’s Great Lakes Restoration Initiative, which started out with a budget line worth more than $400 million. The Chicago branch of the Federal Reserve Bank held a conference and published papers on the same topic and amplified the message to spend more, more, and more.

The economists and the scholars all agree that there’s a greater economic benefit to cleaning water than leaving it dirty—especially here in the Great Lakes.

But let’s be skeptical for a minute and see if we believe this. Why should we raise taxes on ourselves to clean water that is smelly and not so very good for fishing? Wouldn’t we just be boosting the incomes of members of the American Society of Civil Engineers, the hardhats who implement what the engineers design, and the politically connected engineering and construction companies who get the bids?

The short answer is that land next to clean water is worth more than land next to filthy water. The longer answer is this, especially for the Great Lakes: We have fresh water and no other compellingly clear locational economic advantage except very inexpensive land (i.e., largely abandoned urban centers where all the infrastructure has already been built) very close to fresh water.

Without the water, there’s really no compelling comparative economic rationale for people or capital to come or to stay.

Great Lakes cities in the US keep getting gob-smacked by economists, demographers, and geographers who tell the same grim story study after study—the story of concentrated poverty, sprawl without regional population growth, Washington’s lack of interest in fixing anything, and ongoing degradation of existing resources.

It’s enough to make one wish that we lived in a democracy—the kind of political system in which coalitions of interest groups form and agitate, mobilizing voters to steer government resources toward addressing issues of common concern.

In every Great Lakes urban area that John Foster and the Brookings Institution folks wrote about in 2008, there was—even then—a well developed community understanding of these cities’ self-interest in fixing sewer systems, preventing poisonous agricultural runoff, and remediating brownfields that leach into rivers and lakes.

But this year, what we’ve seen is more of the same: a largely thwarted presidential initiative (Great Lakes Restoration Initiative funding never grew beyond the $400 million initially enacted before Obama lost his Democratic majority in the House), and massive phosphate pollution of Lake Erie under the Republican administration of Ohio Governor John Kasich, plus cyanotic algae blooms in Michigan, Ohio, Pennsylvania, and even in New York and Ontario.

But imagine coalition politics at the local and regional level coalescing, as it periodically does, such that water-users like sport fisherpeople, environmentalists, personal watercrafters, and money-hungry landowners all saw their own self-interests coming together.

And then imagine all those middle-class Caucasians, suburban in the majority even if they’re urban in sentiment, making common cause with the visible minorities whose votes are clustered in urban areas most burdened by concentrated poverty, devalued housing, and aged infrastructure whose leaks, overflows, and general decrepitude city folks cannot afford to pay to replace all by themselves.

Suddenly, were the politics to get correct, clean water could be connected to the urban-revitalization movement and not just to the urban subsidized-developer bonanza, or the urban Shout Hooray! economic development strategy, or the urban Millennial-narcissists-R-US movement that gets much internet traffic.

The urban poor who live within a stone’s throw of the Buffalo River, like the poor and working-class folks who live close to the Cuyahoga River in Cleveland, the Maumee in Toledo, the Detroit River, that stinking eponymous “river” in Chicago, and the other great Great Lakes towns, all have the same experience over the past many generations. Something like this: We’ve got to live near the dirty water because that’s where Grandpa and Great-Grandpa used to work, and we never much bothered about the smell or the sludge, because this is where us poor folks lived, and now that some people want to clean it up, we’ll watch that happen, or not happen, because we’re not engaged.

At a recent Slow Roll through Buffalo’s East Side, about 1,000 mainly Caucasian, mainly educated, partly Boomer, and partly Millennial cyclists got a tour of nearly-empty blocks of dilapidated, devalued, abandoned neighborhoods dotted with well-kept, sometimes recently built “infill” housing in the shadow of some of the most compelling ecclesiastical architecture this side of the Habsburg Empire.

As the wreckage-tourists passed the Central Terminal, they got a glimpse of what a water-focused, river-improvement, fisheries-restoration movement could mean to the vernacular, home-grown East Side restoration movement already has gotten underway—namely, the water-retention garden/pool/slough complex that catches rainwater that would otherwise push the sanitary sewers to overflow in the overflow-aggrieved Buffalo River.

The Cuyahoga River needs those rainwater-management sloughs. The Maumee River needs them, as does the Detroit, along with new governors who will put a stop to the insane, untaxed, basically unregulated dairy- and pig-farm runoff that threatens Toledo’s water supply.

Homeowners on Buffalo’s East and South Sides could get the benefit of green infrastructure that in turn is all about improving the Buffalo River’s quality, which the Southtowns Walleye guys would love, and the Niagara Frontier musky guys would like, and if we get better water quality out of the deal, be sure that the fishing tour-operators in Lake Erie’s western basin will clamor for them, too.

There’s a coalition waiting to be formed. Could it happen here?