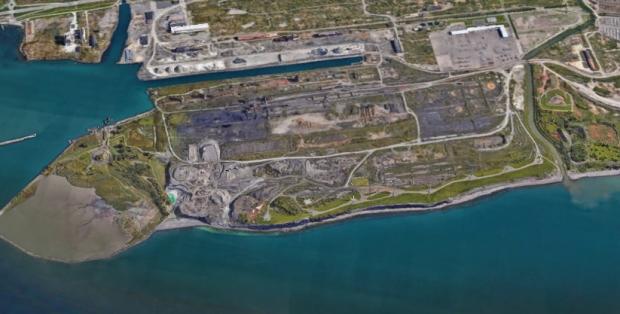 Here’s my ask of Governor Andrew Cuomo: Get your people on the task of putting Amazon’s proposed HQ2 at the Bethlehem Steel site.

The gigantic global online retailer, which is wrecking commercial strips and shopping malls all across the land, and turning hundreds of thousands of retail-sector employees into abused serfs, should do something useful for the Rust Belt, especially our part, where at least the lowest-paid employees will soon get a livable wage, and where there is a ready supply of SUNY-trained engineers.

Cuomo and his people at Empire State Development Corporation should get cracking right away on behalf of Buffalo, the only metro area outside New York City that meets Amazon’s two announced criteria: a metro of a million people and a big university. The Buffalo metro is 1.1 million; the SUNY system in total has 46 campuses, including four university centers, one of which is here.

Amazon is locating “fulfillment centers” all over the country, including in Red States. But rather than going to Dixie where the anti-gummint Red State governors hand out taxpayer money in the peerless pursuit of peonage for their people, Amazon should stay Blue, like Seattle.

We think of ourselves as Seattle East anyway, right?

And we have the spot. Between Ridge Road in Lackawanna and Lake Avenue in Blasdell there is a 1,000-acre brownfield site that today is owned by Tecumseh, a subsidiary of Arcelor-Mittal, the global steelmaker that will never make steel where the long-defunct Bethlehem Steel Company did between 1880 and 1985.

The site is within a couple of miles of a largest node of North American fiber-optic telecommunications infrastructure, which crosses one of the most secure international borders in the world. It has access to the cheapest (and greenest) electrical power in North America thanks to the Niagara Power Project 20 miles north, and thanks to the Steelwinds turbines that sit on 40 acres of the ridgeline at the Bethlehem site. It is near an international airport, it’s served by relevant transportation (Route 5 and the Thruway) as well as maybe not-so-relevant transportation (a four-ship-long freighter slip and a beltway railroad). It’s in a place where Cuomo’s government will do what JFK said he’d do in his first inaugural address—“pay any price, bear any burden, meet any hardship, support any friend”—and doubtless outbid any rival—“in order to assure the survival and the success” of New York State’s reputation as a national success story.

The Bethlehem Steel site also has a newsworthy benefit: It’s a place that will never be hit by a hurricane, wildfire, earthquake, flood, or any other disruptive natural calamity, other than perhaps a few feet of lake-effect snow that can be shoved aside within a couple of days.

There are dozens of “economic development” specialists on the New York State payroll. One hopes they will all be tasked to earn their daily bread by explaining all the reasons why Buffalo has so many merits as a site for a huge technology company.

A second Amazon headquarters could go anywhere, which is why the scramble among the other small and mid-size metro areas is going to be hideous. The Rust Belt will be in the mix because there are so many governors who would perform any act you can imagine in order to get 50,000 jobs into one of their distressed areas. Amazon CEO Jeff Bezos reportedly detests government and taxes, and so might go for Scott Walker’s Wisconsin or Rick “let Flint drink lead” Snyder’s Michigan before New York, but the bona fides of a New York site also include a more sane political climate than in Wisconsin, Illinois, Indiana, Michigan, and Ohio—states where Republican governors and their legislative majorities have undermined the fiscal stability of their engineer-training university systems, and have either embraced or tolerated culture wars against LGBT.