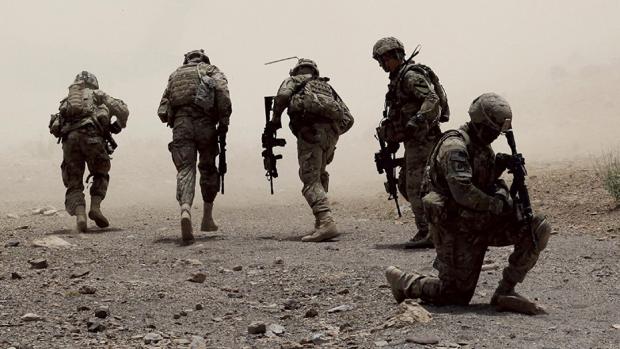 During this presidential campaign, green-minded American progressives and race-minded American right-wingers have actually come together on one issue: American energy independence. Both sides have questioned the bipartisan Washington consensus, first explicitly stated by Jimmy Carter almost 40 years ago, that our national military resources must keep being invested in protecting the Middle East oil. Both sides embrace JImmy Carter’s other policy initiative, the one that Ronald Reagan shut down: a rapid, deliberate move toward renewable green energy.

Reading Andrew Bacevich’s latest book will make one alternately sad or outraged. The US will probably keep investing far too much of our national treasure and far too many American lives in ugly, futile, counter-productive Middle East wars. That’s because the bipartisan Washington consensus sees no profit in either the pacifism of the progressives or the isolationism of the Tea Party, the alt-right, or whatever you want to call whatever it is that Trump evokes when he uses the phrase “America first.”

We’re evidently stuck in what Bacevich identifies as the permanent war for a Middle East that has ever-expanding boundaries.

Unfortunately, we’re also stuck in what Northwestern University economist Robert Gordon identifies as the end of the 100-year-long expanding US economy. In fact, old-style economic growth stopped during the Jimmy Carter presidency.

Bacevich points out that most Americans are disengaged from the endless warfare in the Greater Middle East because only one percent of Americans ever volunteer for our all-volunteer military, leaving the rest of us to tune in now and again. Or not.

But we’re all aware of money. Our public discourse is always about the economy. Not a day goes by during which we hope that Buffalo’s economic renaissance is genuine and sustainable, and hear about the Dow Jones Industrial Average once again topping 18,000 points, and personally experience whether gas or food prices or our own incomes are rising, falling, or staying the same.

Maybe the most disturbing of these two books is Gordon’s, because while the wars Bacevich writes of are far away and mischaracterized by our political leaders, so that we have no idea whom to believe, the Gordon hypothesis is really not about spin. Worse, Gordon’s general observation is shared by economists as different as former treasury secretary Larry Summers and environmental economist Kent Klitgaard, both of whom have written about “secular stagnation,” which in English means “no economic growth.”

Nobody running for elected office is talking about a no-growth economy.

Andrew Bacevich isn’t going to get an ear from Hillary Clinton’s probable designees for secretary of state, among whom are Victoria Nuland, the notoriously undiplomatic head of European affairs for the US State Department. Nuland is the one who helped orchestrate massive intervention into Ukraine, the one who, in a leaked conversation, said “fuck the E[uropean] U[nion],” when the question was whether the UN or the EU was going to negotiate a transition that would work for Ukraine, Russia, and the rest of the world. Nuland’s husband is Robert Kagan, who prefers to be called a ”liberal interventionist” rather than a “neoconservative.”

Andrew Bacevich is an anti-interventionist. This West Pointer, a retired US Army colonel, presents a 40-year history of disastrously failed US interventions. He’s tough on Jimmy Carter and on Barack Obama, too, for having made disastrous Middle East decisions that hurt our national interest—almost as bad as David Petraeus, Wesley Clark, everybody ever named both George and Bush. Bacevich calmly lays out how bipartisan the incompetence and how bizarre the wishful thinking has been, sparing neither Clinton nor Reagan, though he does exhibit particular relish in skewering General Tommy Franks.

A band of cynical self-dealing intellectuals constantly promotes an ever-wider, ever more profitable US engagement in the Greater Middle East, as a few insiders of every political, religious, ethnic, and regional stripe make good. They make good with academic appointments, consulting deals, speaking engagements, and are in and out of major government offices.

And we’re all supposed to salute as the war wrecks Syria and moves relentlessly ahead into west Africa.

Does this permanent war have something to do with the evident end of robust economic growth?

Both President Obama and presumptive President Hillary Clinton will keep doing what Bush 43, Clinton 42, Bush 41, Reagan, and Carter did: putting more and more of what was supposed to have been the peace dividend into endless war in the broad Middle East.

In the Rust Belt, you should care about this, because the peace dividend got diverted away from retooling America’s industrialized core in favor of building military careers, building industrial portfolios, and laying waste to most of western Asia and northern Africa.

Gordon’s thesis is that all the big life-transforming and productivity-creating inventions happened in the late 19th century and early 20th century—engines, sanitation, energy development, communications—and that the high rate of economic growth that those transformations enabled is ending, or maybe has already ended. Further, he says, there are six “headwinds” that will prevent getting back to high rates of economic growth. Among those issues that hurt widespread growth: radical economic inequality that puts purchasing power into the hands to too few people to keep the consumption machine going; enormous national indebtedness; and the inability of our system to rationalize how to pay out the commitments in our entitlement programs.

These books are easy reads, especially Bacevich’s, but they’re not easily digested. Critics abound. Bacevich gets an audience from readers of The Nation and a few other progressive/left sites. But a former Obama administration official reviewing his book in the Washington Post asks, sensibly, what would he have had the US do? The days of not needing Persian Gulf oil were not yet there in 1980 when Carter announced his Doctrine of protecting the energy supplies of all our trading partners and EU allies. They are still not yet here.

But it’s hard to find a critique of Gordon. Paul Krugman has opined that Gordon’s pessimism is nothing compared to the pessimism of anybody who thinks hard about robots replacing American workers, starting with self-driving trucks—whether or not those trucks drive on fossil fuels or on Elon Musk’s lithium batteries.

The worry is not that the US won’t have a short-term economic boost as we transition away from globally sourced hydrocarbons and toward locally sourced green energy: Think of the Bill Clinton expansion in the 1990s, which happened in significant part because of computerization and retooling from paper to cyberspace. The concern is that our previous policies have not set us up very well for the big transition.

And the theme running through this latest Bacevich book, consistent with his last two essays on the Washington constituency for permanent war, is that our leadership gets personally rewarded for sticking with what they know. And what our military, media, policy, academic, and political leadership has known for the past 40 years is that warfare for oil is what makes the world go around. And nobody running for president today evidently knows that that won’t be true for very much longer.