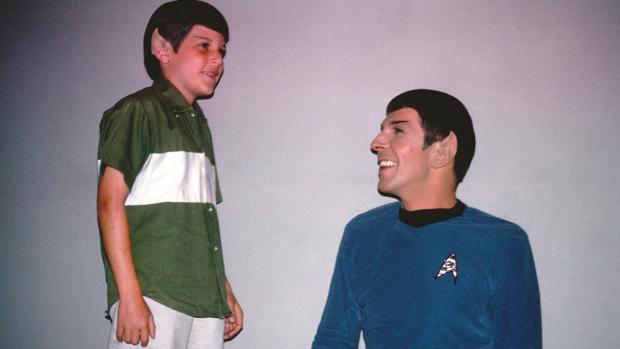 The title of the new film by Joshua Marston presumably comes from Bob Dylan’s “Like a Rolling Stone,” whose chorus asks “How does it feel/To be on your own/With no direction home/A complete unknown?”

Rachel Weisz stars as Alice, or so she calls herself in the time we spend with her. When Tom (Michael Shannon) was in love with her, fifteen years ago back in college, her name was Jenny. It’s been many others in between, doing different things in different places around the world.

Tom’s life hasn’t gone much of anywhere. A low-key kind of guy, or at least as low-key as you can be when you’re played by Michael Shannon, he has a government job in Brooklyn, where he writes advisory memos that usually don’t have much effect. His wife wants to move to California to take advantage of a once-in-a-lifetime career opportunity. But if he comes with her, what will Tom do there? And if it means turning his back on his work, is he negating himself, whoever that may be? The cake the bakery delivers for his birthday party exhorts “Happy birthday, Tony!”

That’s his frame of mind when he re-encounters Alice/Jenny, in what turns out not to be a coincidence.

The bulk of the film follows the two over a night’s conversation. As do we, Tom has many questions: How could Alice/Jenny walk away from everyone she knew without so much as a goodbye? How does she do what she does? Why has she come to see him now? And at heart, just who is she?

Tom gets an answer to one of those questions when she gives him a chance to play the game himself with an older couple (Kathy Bates and Danny Glover) they help out. He gets a feel for the seductive ease of spontaneously re-inventing yourself, or as some might call it, lying. (Remember Seinfeld’s George Costanza and his penchant for telling strangers he was an architect named Art Vandelay?)

But most of the questions Complete Unknown poses go unanswered. That might frustrate some viewers who like a film to be a tidy package. But its mysteries are mesmerizing throughout and stay with you after the film is over. It doesn’t hurt to have actors like Weisz and Shannon, who, as the cliché goes, could read the phone book out loud and still hold your attention. And in an era when personal identity may be nothing more or less than what you want to present to the world in a new social media account, it’s not an abstract question. As Kurt Vonnegut once said, “We are what we pretend to be, so we must be careful about what we pretend to be.” It opens Friday at the Eastern Hills.

Identity is a question that troubles actors who find success in a single role, usually on television, and are unable to move past it. Leonard Nimoy wrote an autobiography called I Am Not Spock in an attempt to deal with the fact that the world saw him as the half-human half-Vulcan character on Star Trek but seemed unwilling to accept him as anything else.

Directed by Nimoy’s son Adam, the documentary For the Love of Spock was begun in 2014 as a celebration of the character for the 50th anniversary of the show. When his father died in early 2015, Adam decided to expand it to encompass both character and performer.

That didn’t make for much of a stretch, given that there really wasn’t much to Nimoy’s career beyond Spock. There probably isn’t a lot here that avid Star Trek fans don’t already know, though it’s entertaining to have it all in one place. Those looking for dirt will have to go elsewhere: With few exceptions, such as a short mention of his father’s problems with alcohol, the younger Nimoy steers clear of any negative elements. The obvious fact of type-casting is never mentioned, nor are the persistent rumors of ill feelings between his father and co-star William Shatner. But if it’s lightweight, it’s certainly heartfelt, and gives any number of famous folk the chance to speak well of the real man as well as the fictional half-alien. It plays this week at the Screening Room.