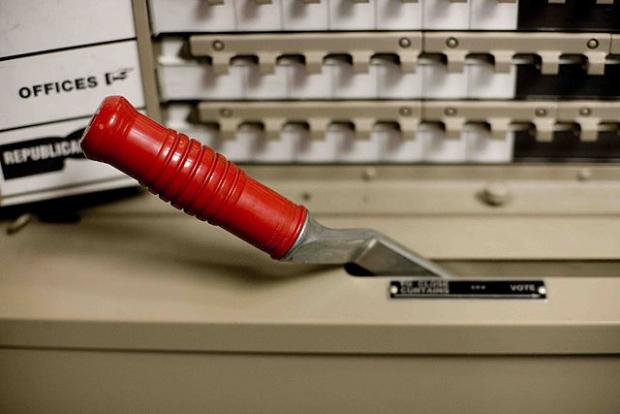 When President Donald Trump was inaugurated some 18 months ago, he spoke to a nation he felt had abandoned its principles by opening the door to immigrants and lambasted a perceived ideology of political correctness that his followers believed was diminishing the country. “This American carnage stops right here and stops now,” he said. Yet the administration that followed has been characterized by its divisiveness and rancor. His cabinet has become a bitter turnstile of characters ill-fitted either to their roles or to the president’s volatility. We’ve seen a rising and violent American Nazism given a free pass by the president, and an immigration policy targeting Muslims and Latin Americans that features forced child separation that will forever stain the pages of the American history. We’ve seen an administration boldly and repeatedly degrade the precious line between fact and fiction, while attacking the free press as the “enemy of the people.” And we’ve seen an administration drowning in corruption as Special Counsel Robert Mueller zeros in on a ring of criminality that encircles the president.

Change begins locally, and, as we’ve experienced in almost four years running this bootstrap newspaper, there’s a glaring need for progressive voices in Western New York. When they speak up, we intend to amplify them. So with that, we offer a stab at endorsements for this year’s Democratic primary:

Governor: Cynthia Nixon. There’s something to be said for the many progressive stances that incumbent Andrew Cuomo has taken over the years: the fracking ban in New York State, the legalization of same-sex marriage, Executive Order 147 that forces the state’s Attorney General to investigate police-involved civilian fatalities, efforts to raise the minimum wage, and his newfound appreciation for marijuana legalization. But Cuomo’s signature upstate economic initiatives to jump-start high-wage jobs with significant public investment have been an epic failure thus far. Not only has the Buffalo Billion program led to criminal convictions for top Cuomo aides, but the jobs promise has come up flat. The solar panel factory on the Buffalo River looks more like a very expensive boondoggle every day, as Tesla’s commitment to its solar roof manufacturing division (and the company’s leadership) seems to get shakier every month. Nixon has shown a tremendous capability in her campaign to listen, understand, and confront issues facing New Yorkers that Cuomo and his big donors are too timid to touch. Whether that’s confronting the inequity in education throughout the state, advocating a statewide single-payer healthcare plan, extending driver licenses to all New Yorkers, citizens and non-citizens alike, or putting together a real plan to take back control from the Republicans in the state Senate, Nixon’s interests speak to the moment.

Plus, if she loses, Democrats can still vote for Cuomo in November. This is one of the few advantages of a closed primary: In September, party members get to vote their aspirations. In November, they can retreat and allow fear—of a Republican governor, of an emboldened president, of whatever keeps them awake at night—to dictate their choices.

Lieutenant Governor: Jumaane Williams. Let’s face it, lieutenant governor in New York is a largely symbolic office. Or at least that’s what it has become, with the governor generally hand-selecting his (and it has always been his) number two, and the public often imagining that the lieutenant governor is voted on the same ticket as the governor, much like president and vice-president. And if the role is symbolic, then why not elect a candidate whose commitment to ideals is uncompromised by stubborn political realities? It’s not a stretch to imagine the firebrand New York City councilman as the president of the state Senate creating a significant role for himself in the state’s politics, simply by using his position to speak truth to power, to indifference, to mediocrity, and to inertia.

Kathy Hochul is likable moderate who knows how to work the corridors of power, and as such she is wasted as lieutenant governor. It’s too bad Andrew Cuomo didn’t get his reported wish to dump her from his ticket and replace her with someone who would help him fend off Nixon’s assault from the left, pawning her off on the 27th Congressional district to run against Chris Collins. We think she would have had a great chance to win there.

But we don’t need another moderate serving the governor’s agenda. We need someone with a voice, with conviction, with purpose. The public service Hochul has always delivered for constituents is laudable—and likely will be again, when she finds an office that suits her abilities—but the times call for leadership and action. Williams has been arrested several times in direct protests against Trump’s plans to radically alter America’s course through history. He puts his feet, arms, and heart where his words are. A vote for Hochul is a vote for a lieutenant. Wouldn’t you rather vote for Williams to tear things up a little?

Attorney General: Zephyr Teachout. We’re tempted to write in Barbara Underwood, the current attorney general who has performed the duties of that office admirably after Eric Schneiderman’s stunning exit earlier this year. We love how Underwood has treated her office, opening the door for her attorneys to pursue justice unencumbered by political considerations. Alas, she’s not running, but proven progressive Zephyr Teachout is. So are three other appealing candidates. Tish James, the New York City public advocate, has the backing (and money, and campaign mechanism) of downstate Democratic leadership, which makes her the frontrunner. And James would be a fine choice. Leecia Eve, the dynamic daughter of the legendary former Assemblyman Arthur Eve, has moved fluidly between high-powered jobs in the public and private sectors, while observers of her career wondered when she’d finally run for office. Here she is, and she’d be a fine choice, too, especially given her Buffalo roots. Congressman Sean Patrick Maloney is likewise an unimpeachable choice for Democrats, but progressives need him to keep his seat in the House more than they need him as AG, especially given the quality of his rivals.

Teachout is distinguished from the others because she is the least likely of the four to fall into the habit of making political considerations while pursuing an AG’s agenda. She does not owe any political machine enmity or friendship; she has not built a ledger of favors given and favors owed, as all good politicians do. All elected officials are better for knowing how to work politics, and the craft is too often held in disdain, but Teachout can hire people to do that work for her. The state Attorney General is the people’s lawyer, as all four candidates seem to understand. Teachout seems best positioned to deliver on her promise to be that.

63rd District State Senate: Shaqurah Zachery. This is the only high-profile Democratic primary in the region. You’re forgiven if you live in the 63rd District and know little about Zachery, an African-American attorney. She has raised less than $10,000 in donations so far for this race, while racking up debts to printers and campaign staff of nearly $69,000. Her campaign has been earnest but low profile.

But that’s okay, because it’s not all about Zachery. It’s about her opponent, incumbent Tim Kennedy. Kennedy is spending $10,000 a day just to fend her off: about $200,000 in the last three weeks, according to the latest campaign finance filing, as evidenced by the barrage of glossy mailers and TV advertisements bombarding the heavily Democratic district’s voters. Since the beginning of the year, Kennedy has spent almost $393,000. Why so much money? There are no public polls out there, but presumably Kennedy—a fundraising machine whose ability to bring cash into the local party has made him a valuable asset—feels as vulnerable as he did when Betty Jean Grant nearly beat him in previous primary challenges, despite, like Zachery, having little money and little campaign organization. Since jumping from Erie County Legislature to the state Senate in 2010, Kennedy has been a fairly reliable vote for progressive causes and labor, but privately activists and labor leaders all say the same thing: They support him because he usually delivers, but they don’t trust him. Maybe it’s the brand he will always wear in political circles for caucusing with Republicans while a county legislator to deliver then Erie County Executive Chris Collins a majority. Maybe it’s his cozy relationship with Ralph Lorigo and the Erie County Conservative Party, or with the two Steves, Pigeon and Casey, who used to wield considerable political power in this town before they were sidelined by criminal investigations. Maybe it’s the uncomfortable suspicion that anyone who takes in so much campaign cash must be selling something. The political machines all work for Kennedy, but this seems a good year to jam a wrench in the works, to throw a scare into those who think they own and operate the machinery. On top of that, Zachery is a solid Democrat, a woman, and an African American; this region could use more of all three in the state Senate.