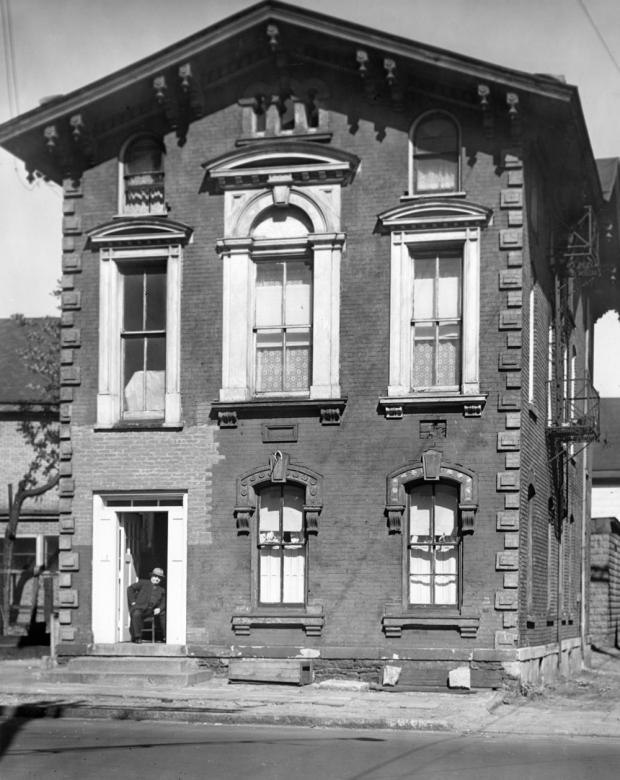 Photo courtesy of the Buffalo History Museum.
by
The Public Staff
/ Sep. 5, 2018 4am EST

This unusual and stately house once stood at 15 Pine Street, at the northeast corner with Booth Alley. The house, seen here in a photograph taken by Wilbur H. Porterfield on June 2, 1946, is a mixture of Late Federal, Georgian, and “Carpenter’s Gothic” styles. The house dated back to at least, and may well have predated, 1872. By then it was in use as a boarding house with a rear workshop along the alley. In the late 19th century, a currier, railroad porter, carpenter, machinist, blacksmith, whitewasher, and other skilled laborers lived there at various times. The house could not have survived much long after 1959, when bulldozers began ripping a path through the Ellicott District Redevelopment Area.

Here’s that address in September 2017: